Is "Brooklyn Nine-Nine" the next "Parks and Recreation"?

The Golden Globe-winning show hasn't gelled yet -- but if it develops its characters, it might 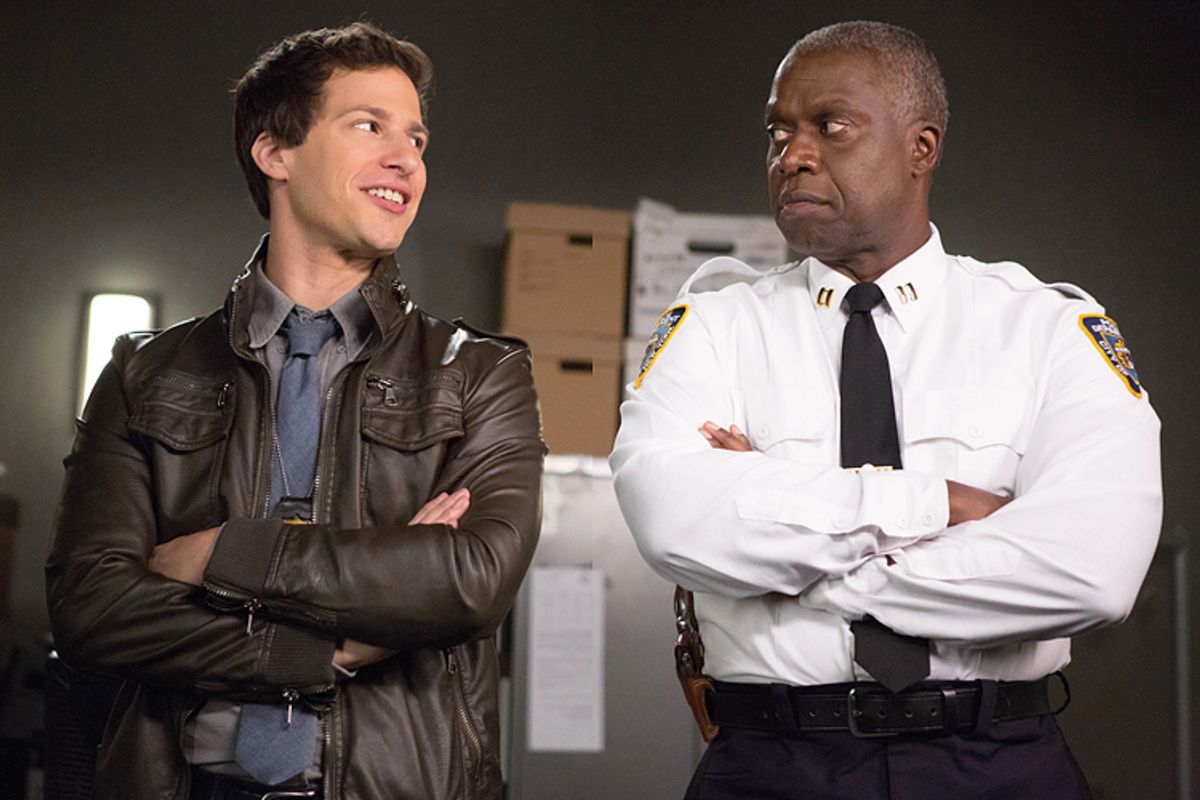 If you're like me, these awards came as a bit of a surprise because you don't watch the show... because you decided after the first three or four episodes that you really don't like it. While I have no problem being at odds with the Hollywood Foreign Press Association about prime-time viewing choices, I decided to revisit the program just to see if I'd somehow missed out on some growth or progression that might cause "Brooklyn Nine-Nine" to merit such honors. Tonight's episode, "The Bet," exemplifies all of the reasons I gave up on the show so many months ago, but also hints at the potential for a more nuanced show.

"The Bet" is the culmination of a half-season-long gag wherein detectives Jake Peralta and Amy Santiago compete for successful felony arrests. Spoiler alert: Someone wins and forces the loser to participate in a series of embarrassing activities. While the primary goal of this "date" is deep humiliation, the potential for romance between these two rivals finally, inevitably emerges.

If I were to pick a fight with "Nine-Nine" it would revolve around the perpetual, Alfred E. Newman-esque, post-"SNL" smirk/mug perpetually plastered on Samberg's face. It's not that I don't find the actor occasionally funny -- tonight is a typical, steady stream of comic hits and misses on his part and the parts of the rest of the cast. It's just that as of yet, he seems incapable of deeper emotion. (I did, however, see "Celeste and Jesse Forever," so I know that he is capable.) I know it's a sitcom, not a drama. But, for me, transcending the gags is the hallmark of a great comedy. "30 Rock" was always hilarious, but had it not been for the oft-touching, pseudo-father-daughter relationship between Liz Lemon and Jack Donaghy, it might have only been 22 minutes of rapid-fire jokes about why it sucked to work on "Saturday Night Live."

At this point, "Nine-Nine" reminds me of the first season of fellow workplace comedy "Parks and Recreation," when most of the pieces were in place, but the characters had not yet transcended their respective types. "Nine-Nine's" Peralta and Santiago on a rooftop sharing nuts and swapping worst date stories may not be the start of a Romeo and Juliet love affair for the ages. But it's a sweet scene without confetti, Chelsea Peretti, quick cuts, sound effects or loopy flashbacks. And Samberg isn't grinning. At the end, as always, the two cops solve a superfluous crime. I don't care, and I look forward to a day when the writers don't either.