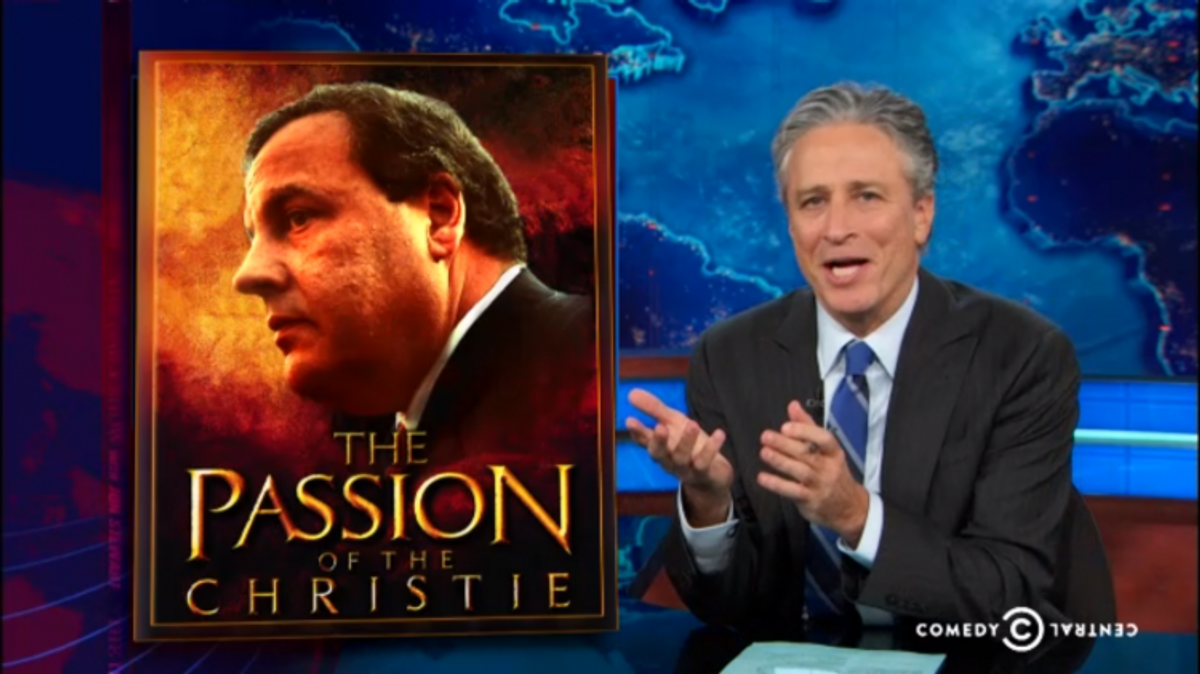 What's there to say in response to Brit Hume of Fox News' contention that Chris Christie is reeling because of America's "feminized" culture?

On "The Daily Show" on Tuesday, Stewart set his sights on Hume and Bill O'Reilly's belief that New Jersey Governor Chris Christie wasn't a thug or a bully, as some have claimed, but rather a "guy's guy" who was suffering for being an unapologetic champion of that most-endangered of species: the American male.

"Feminized atmosphere...of New Jersey?" Stewart joked. "The state whose chief exports are Axe body spray and lit farts? That atmosphere? Or do you mean the atmosphere where we've all got to coexist with each other?"

After continuing to let Hume hang himself with his own words, Stewart reached an epiphany.

"So bullies, thugs, and sexists are the real victims here, if you think about it," he said, before adding, "for not very long."

Check out the full "Daily Show" segment below: