Lena Dunham poses for the cover of Vogue 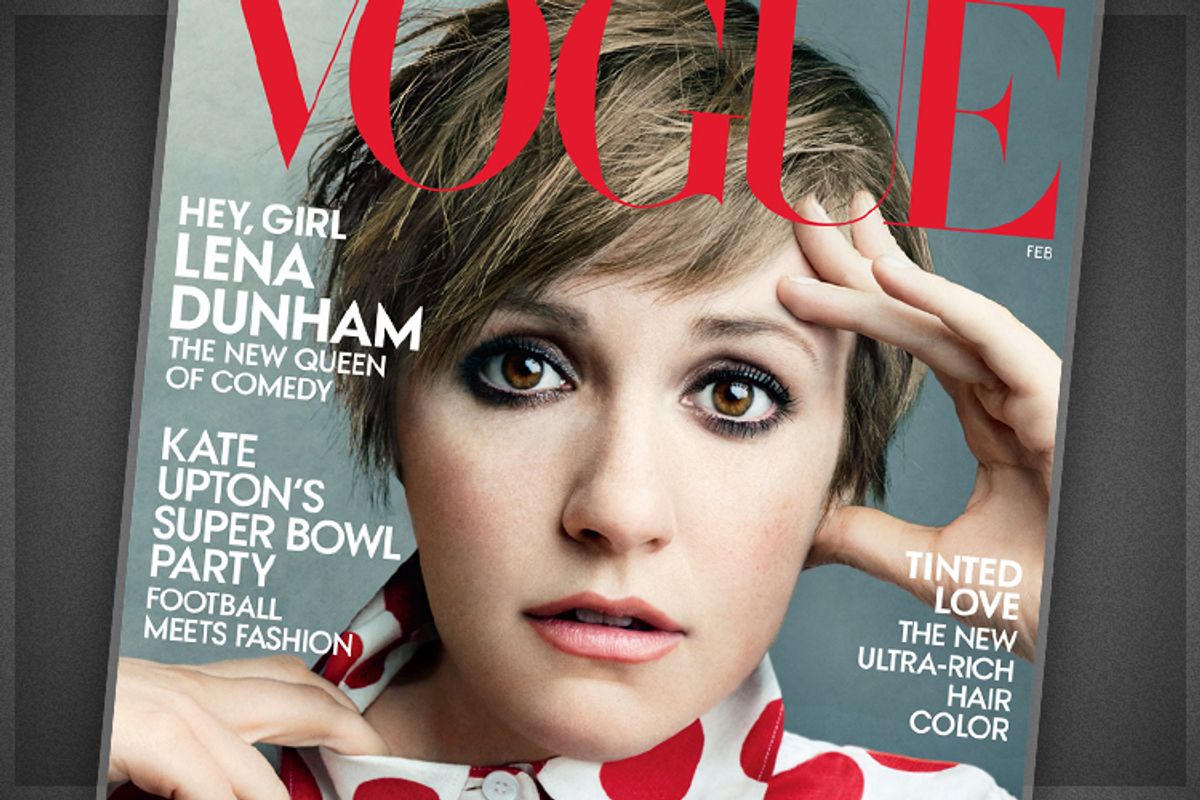 Lena Dunham has made her high-fashion debut.

The creator and star of HBO's "Girls" is on the cover of the current issue of Vogue -- a spot recently occupied by the likes of Katy Perry, Cate Blanchett and Jennifer Lawrence. It's a major vote of confidence for Dunham, who is more of a fashion maverick than the typical Hollywood starlet. The profile, written by Nathan Heller, doesn't mince words about how unusual a subject Dunham is for a magazine whose editor once commanded Oprah Winfrey to lose 20 pounds:

In addition to tracking the fashion world closely, she’s become a kind of spokesperson for young women who want to express themselves stylishly but with personal whimsy, and a vocal critic of the stereotype that fashion belongs only to a tiny group of superslender people terrified of breaking rules. For almost as long as Dunham’s work has been in the public eye, she’s spoken openly and often about her body type, pointing out that not every strong and enviable woman on the air must resemble a runway model.

Indeed, that a magazine famous for its airbrushing controversies on the rare occasion it places less-than-model-perfect women on its covers is able to spotlight the accomplishments and frank thoughts of Dunham indicates that the young star may have moved the culture more than anyone could have predicted. For her part, Dunham speaks in the interview about her surprise that "Girls" -- which, in the run-up to its third season, saw, yet again, a controversy over its use of on-screen nudity -- became such a cultural force:

“I expected ‘I like it!’ or ‘It’s annoying!’ But the kind of ‘What’s this doing to our culture?’ conversation was shocking,” she says. So was the scrutiny it brought. “Especially if you were a teenage girl who felt a little bit invisible, who felt a little bit like”—she puts on plaintive voice—“ ‘Boys don’t see me, my teachers don’t give me good grades. . . .’ It took me a little while to play catch-up.”