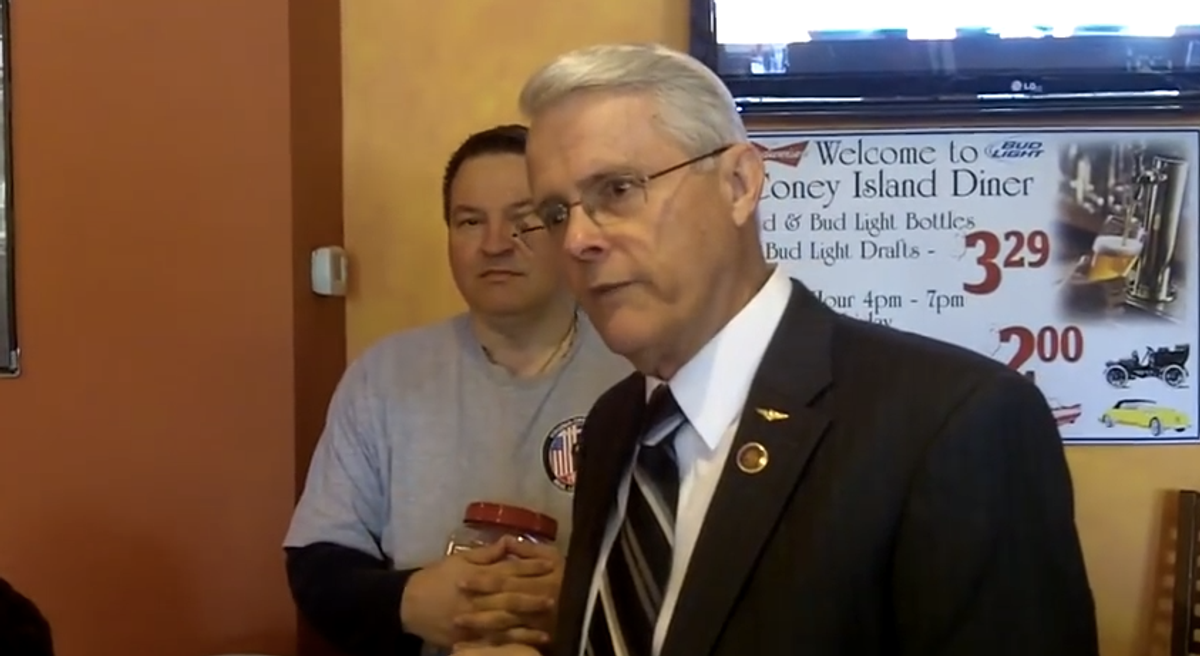 Virginia state Sen. Richard Black opposed criminalizing spousal rape when the matter was raised in the Virginia Legislature in 2002 because he believes rape is nearly impossible to define when a couple is "living together, sleeping in the same bed, she's in a nightie, there's no injury and so forth or anything."

He also worried that making it a crime to rape your spouse could result in men experiencing "enormous fear" that their reputations would be damaged if their wives ever falsely accused them of rape.

As Mother Jones' Molly Redden reports, Black has abhorrent views on almost every issue you can name. He has also called emergency contraception "baby pesticide," and introduced the legislation while a member of the state General Assembly to allow Virginians to purchase "Choose Life" license plates in order to fund crisis pregnancy centers. As Redden notes, these license plates have raised $223,000 for these anti-choice counseling centers (that regularly lie to women about their reproductive healthcare options) since first being introduced in 2009. He also appears to be a fan of George Zimmerman.

Black is currently running to replace Virginia Rep. Frank Wolf, a Republican moderate who is retiring.

He has yet to comment on his remarks about marital rape.