Gillian Flynn is overhauling her twisty, bestselling thriller for the screen. Is that a good idea? 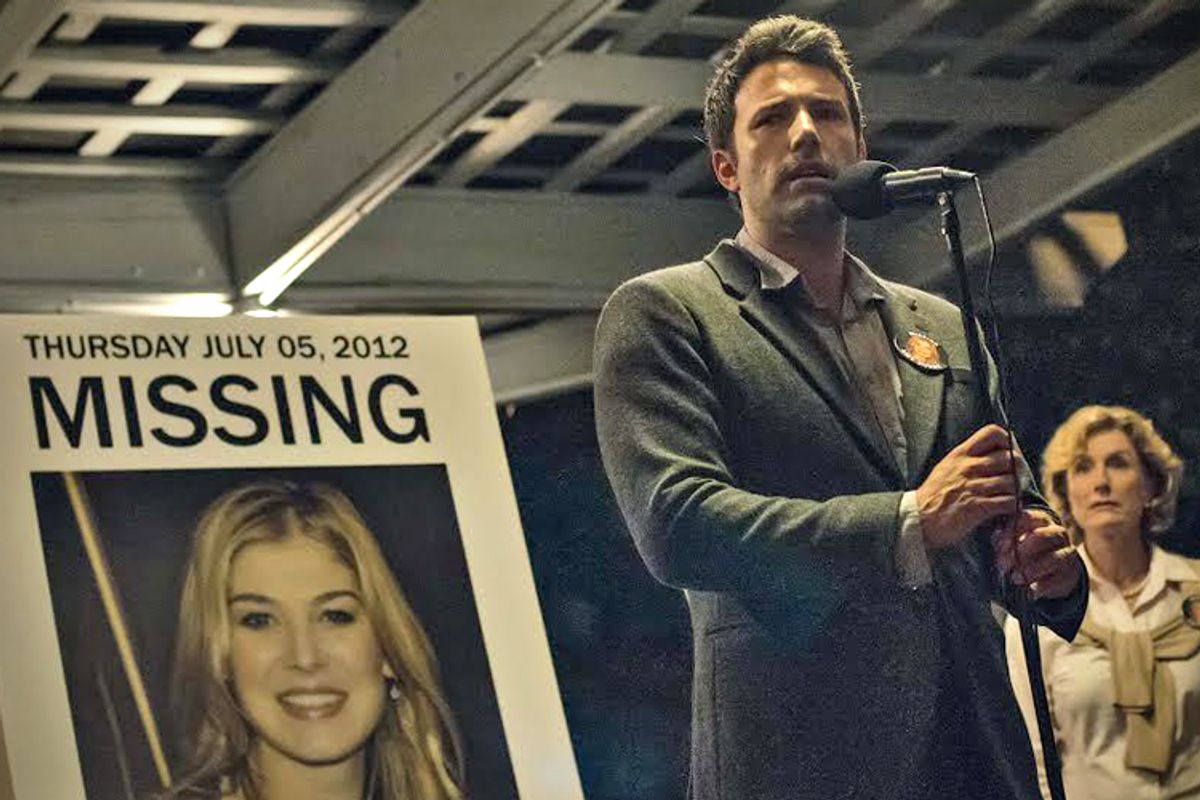 The news last week that director David Fincher will be making a movie version of "Gone Girl" with an ending that differs significantly from that of Gillian Flynn's bestselling novel could not be called shocking. Filmmakers change the books they adapt all the time, partly because what works on the page doesn't always work on the screen, but also to meet mass audiences' expectations of an upbeat resolution.

Classics like Nathaniel Hawthorne's "The Scarlet Letter" and commercial novels like Jodi Picoult's "My Sister's Keeper" have been "tweaked" to deliver happier endings, often to the author's dismay. The late Richard Matheson got to see a somewhat faithful ending to his post-apocalyptic novel, "I Am Legend," in the 2007 Will Smith vehicle, but it earned thumbs downs from test audiences and the theatrical release was changed to something that essentially cancels out the point of Matheson's original. (Check out the DVD for the alternate.)

When it comes to a twisty thriller like "Gone Girl," the idea of major changes to the last part of the story sounds particularly egregious, but the startling news is that Flynn is making them herself; she's writing the screenplay. Furthermore, as Fincher told Entertainment Weekly, Flynn has given the story "a whole new third act," an alteration drastic enough that it reportedly "shocked" the film's star, Ben Affleck. Flynn told the magazine, "There was something thrilling about taking this piece of work that I'd spent about two years painstakingly putting together, with all its 8 million Lego pieces, and take a hammer to it and bash it apart and reassemble it into a movie."

It's reassuring to know that the movie version of "Gone Girl" is in such incontestably capable hands, and perhaps a new version is even tempting if you've read the novel but would like to be surprised all over again. (If you haven't read the book, you might want to stop here, because we're getting into spoiler territory. Fortunately, hardly anyone is in a position to spoil the film.) Yet there's also something disappointing in learning that the novel could ever have a different ending. Part of the pleasure of a plot-driven, switchbacking story like "Gone Girl" is the way its ending seems at once both unexpected and inevitable.

The treachery of expectations is the novel's primary theme. Amy and Nick, one-time up-and-comers in the New York magazine world, expected much better from their lives than a post-Recession retreat to small-town Missouri. When Amy goes missing, the media and public expect the truth to conform to their conventional tabloid views of men, women and marriage. The reader's own suspicions are egged on by Amy's diary, which is revealed, at the novel's midpoint, to be a fake. Amy, terrifyingly ingenious, has engineered the whole crisis in order to punish her philandering husband. Several other developments ensue, all of which Amy skillfully manipulates to get Nick back and to keep his mouth shut about what really happened.

Nick tells himself he's staying with Amy to care for their as-yet-unborn child, but Amy insists that he has another motive: After the thrill ride she's taken him on, he's doomed to find other women boring. In defending the novel's ending to certain straitlaced critics, Flynn insisted that even readers who demand "justice" would not really be satisfied if "Gone Girl" ended up with Amy "in a prison cell just sitting in a little box," and that Nick is too weak to kill her. Or perhaps simply too normal? The unwholesome attraction that ordinary people feel to clever, charismatic psychopaths like Amy is another of the novel's uncomfortable themes; if we hated them as much as we claim to, why are they all over our most popular books, movies and television?

The ending of "Gone Girl" strikes me as perfect, in that I can't imagine any better one. No wonder Flynn had to tear up the whole "third act" in order to work her way to an alternative. But just knowing that Flynn thinks it might all have turned out otherwise takes some of the pleasure out of it. True, any real person's life might be radically changed if this or that chance meeting had or hadn't occurred, but fiction, for the most part, is another matter; that's one of the reasons why we like it. In the darkly comic world of a novel like "Gone Girl," character is a form of destiny, and Nick and Amy belong together, locked in a symbiotic tango that gives their lives meaning even as it renders them hellish.

In his (highly recommended) book "About Writing," Samuel Delany includes a chapter on plot, in which he observes, "Among those stories that strike us as perfectly plotted, with those astonishing endings both a complete surprise and a total satisfaction, it is amazing how many of their writers will confess that the marvelous resolution was as much a surprise for them as it was for the reader ... On the other hand, those stories that make us say, 'Well, that's clever, I suppose ...' but with a certain dissatisfied frown (the dissatisfaction itself, impossible to analyze), are often those stories worked out carefully in advance to be, precisely, clever."

Maybe Flynn is the exception to this phenomenon, and her ending is one of the 8 million Lego pieces she assembled with such cerebral deliberation. But if there was any organic instinct involved at all, I hate to see that hammer fall. She may never be able to put it all back together again.