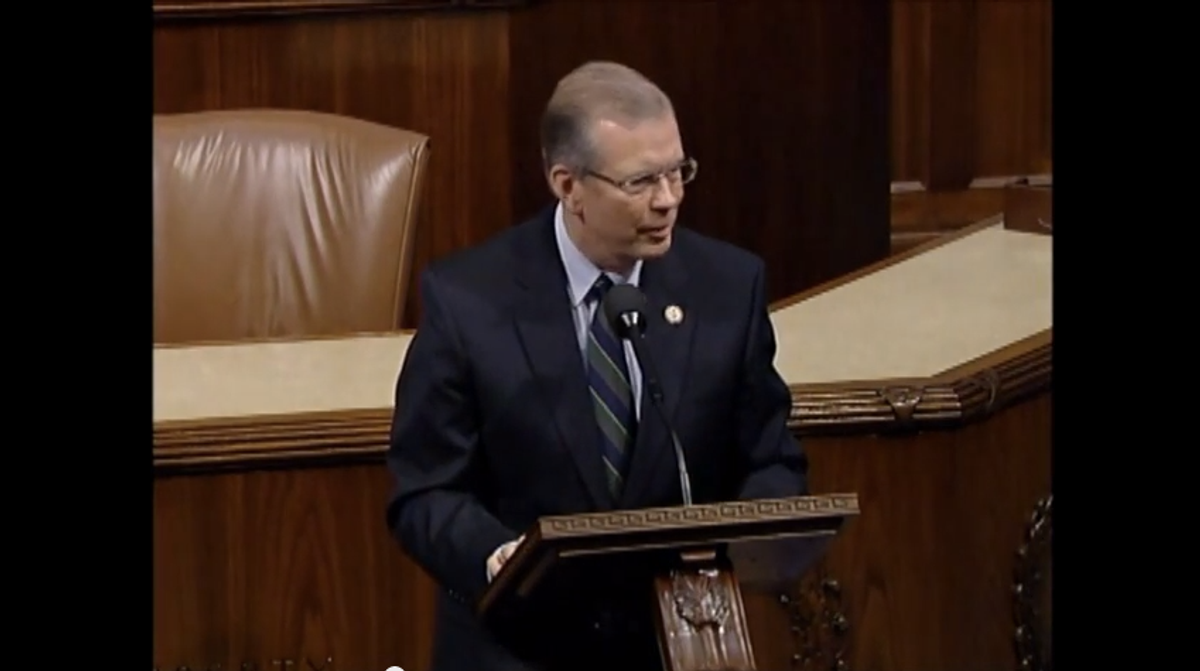 Rather than use his own thoughts, Rep. Tim Walberg, R-Mich., decided to use "the thoughts of God himself" during a Wednesday speech on the House floor denouncing abortion. (Rand Paul likes to steal his remarks from Wikipedia; plagiarizing God is slightly more audacious, no?)

“Today, Mr. Speaker, we sit in a Chamber that has above your rostrum the motto of the United States of America that says ‘In God We Trust,’” Walberg said.

“And so rather than going on with further comments that I would make from my own thoughts, I would turn to the thoughts of God himself, more specifically words that were uttered by a man, a king, a very wise king who was very human, as well, a king who was classified by God himself as being a man after My own heart. And so what this man would say or would think if he were honored by God with that statement would be something we should hear.”

Walberg then read Psalm 139, which says nothing about abortion, but is often used by anti-choice activists to justify their efforts to restrict women's access to basic healthcare.