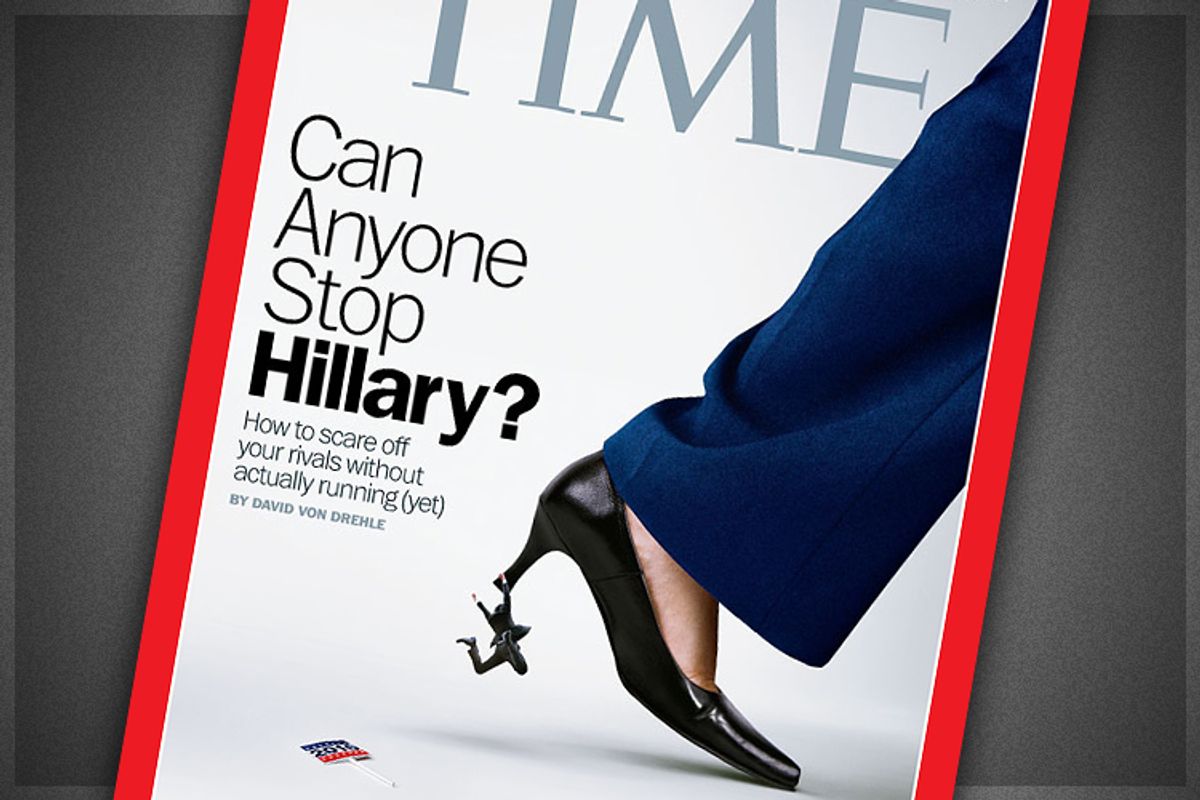 So, Time magazine. The cover of the most recent issue asks the question, "Can anyone stop Hillary?" The image is Hillary Clinton's imagined leg, wearing sensible walking heels and on the verge of crushing what appears to be a tiny man under her foot. (Alternative read is that this tiny man (a tiny "The Man," even) is trying to hold her back from running in 2016 and she is like, "Nope!")

The cover doesn't exactly set off my feminist outrage alarm (yes, we have those), but it certainly feels tired.

Is it indulging the well-trod stereotypes about ruthless female ambition that we've been hearing about Clinton (and other high-profile women) for decades now, or just part of a long tradition of cartoonish and kind of stupid magazine covers about political candidates? Both? (Probably both.)

Jessica Valenti also makes the excellent point that the cover lacks some serious imagination -- the "woman crushes man" motif has been done to death.