Brace yourself: The polar vortex is coming back

This time with blizzards! 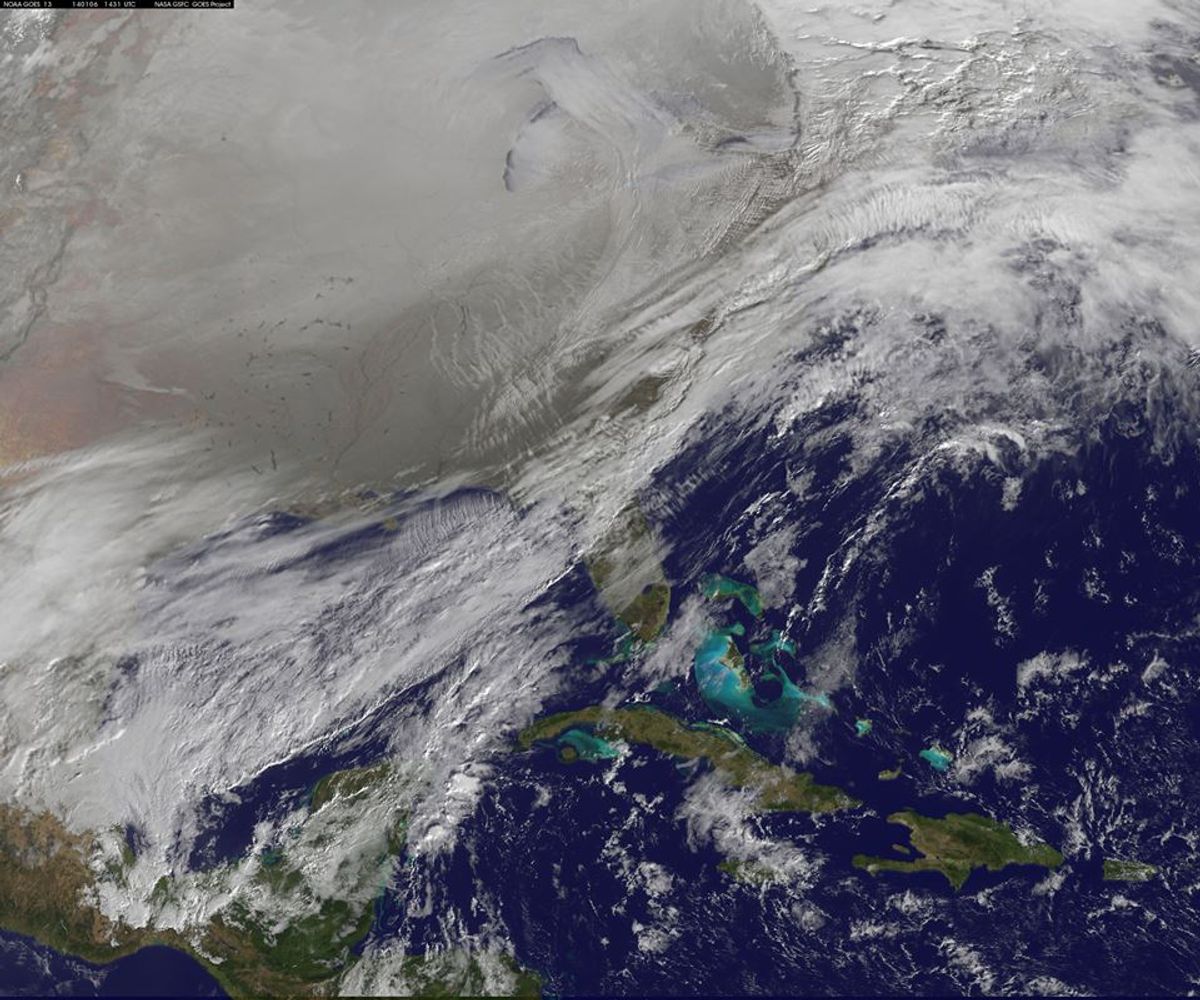 The giant, wavy pattern of Arctic air that froze most of the U.S. and Canada last week, meterologists say, hasn't disappeared. It's currently hanging out over the Hudson Bay and north Quebec, biding its time ... but not for long. AccuWeather reports:

...during the third and fourth weeks of January, some changes will take place. The high amplitude pattern is forecast to get more extreme. The polar vortex will move farther south and get stronger. The pattern will gradually change the current mixture of Pacific and Arctic air in the Canada Prairies and the North Central U.S. to all Arctic air. The air will get significantly colder over the Canada Prairies and the much of the eastern half of the nation as a result.

In some areas, the cold may rival that of earlier this month. As if the sub-zero temperatures weren't fun enough the first time around, this time there are above-average odds of snow, which could step everything up a notch -- a deep snow cover, AccuWeather explains, would insulate the ground's warming effects, making the cold even more severe.

The weather pattern isn't bringing cold everywhere though: Instead, it's expected to reinforce extremes. That means that the Western U.S., which could use some precipitation, is out of luck:

Warmth in much of the West now will continue, with virtually no chance of rain and probably no snow for the Sierra Nevada in California. Above-average warmth in Alaska will likely get more extreme.

Air stagnation and fog may become more of a problem in parts of the West. The risk of wildfires will continue and may get worse. The drought will worsen.