Responding to news that the agency's sweeping surveillance program is a bust, Colbert demands we spy harder 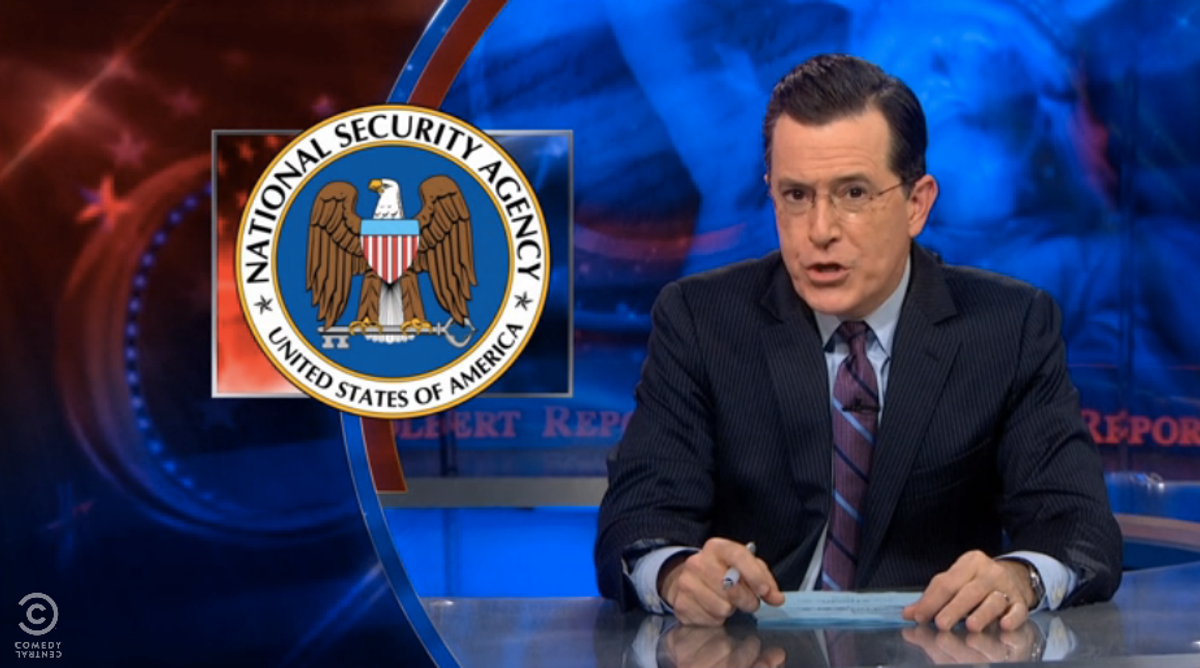 On Thursday night's "Colbert Report," Colbert saluted his "heroes at the NSA," and said that, in light of a report revealing that the agency's sweeping surveillance program has had no impact on national security, the government needs to step up its spy game in a major way. "If this massive data collection isn't working, folks, I say the NSA needs to spy harder," he said.

But Colbert had a change of heart when he found out about the agency's use of USB plugs to conduct surveillance on computers around the world. He vowed to throw away his laptop, his phone and his Magic Eight Ball in order to "go off the grid."

Going off the grid is hard, though, and Colbert soon started handwriting tweets to scratch that Internet itch.