Was an R-rated gay teen comedy screwed by the MPAA? 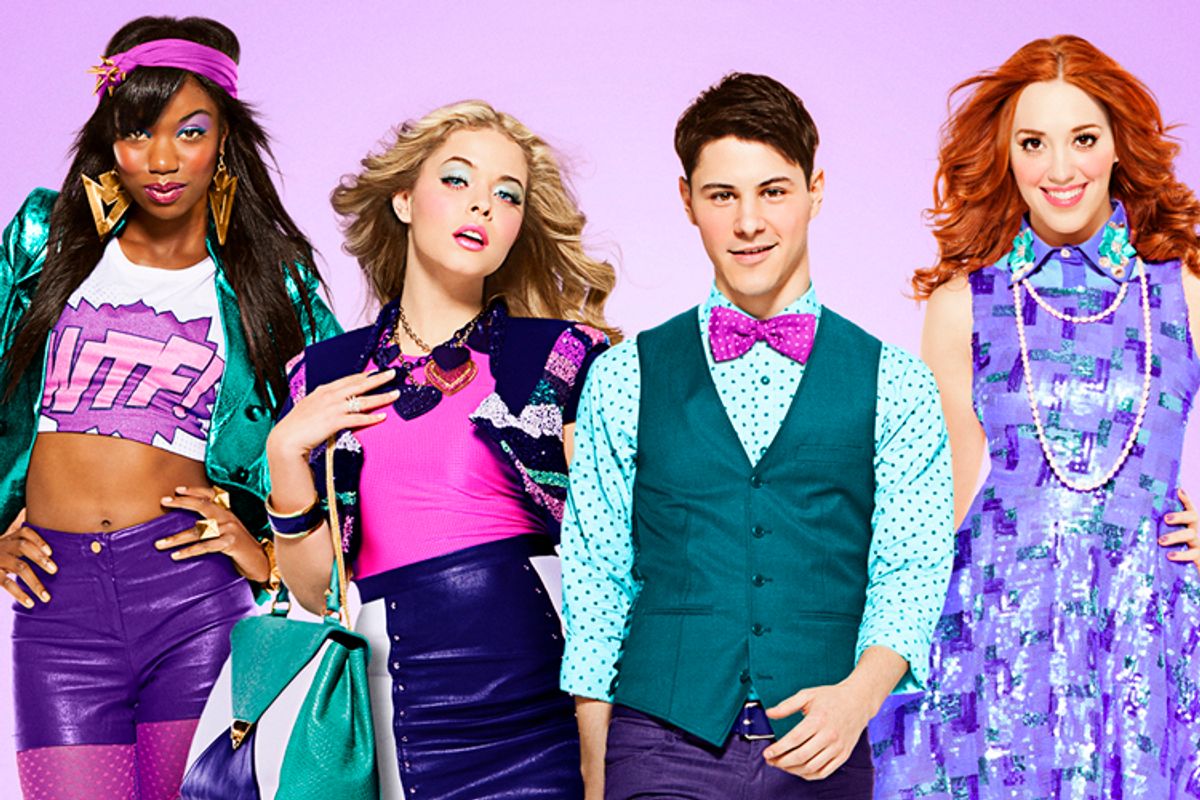 "G.B.F.," a broad, silly teen comedy with a subversive message, is set for release on Friday. It's about the surprising social benefits a so-called gay best friend can reap in a high school where being a stereotypical "sassy gay guy" is prized. But its audience will be limited thanks to the Motion Picture Association of America, and an apparent double standard applied to films about gay people.

The film, about two closeted gay teens making their way in high school, features zero violence, nudity or use of the so-called F-bomb, as its director has pointed out. But it's been tagged with the "R" rating "for sexual references" only, meaning that theaters can't show it to unsupervised minors -- precisely the audience that might really benefit from seeing a story of coming out in high school without Mom and Dad knowing.

"It affected me, because I knew going into it we wanted this to be for kids," said Michael J. Willett, the star of the film whose character deals with newfound popularity after being outed (and who is, in real life, an openly gay actor). "It makes it more difficult to reach the age group. I felt more sad than anything. It wasn't what we set out to do, initially. We don't even know why. There isn't foul language -- I guess there are sexual references. It's disheartening."

The perception of harsher ratings applied to films featuring gay sex -- or even allusions to such, as in "G.B.F." -- is hardly new. Recently, "Blue Is the Warmest Color," a French film about a lesbian relationship that had won the prestigious Palme d'Or at Cannes, was saddled with an NC-17 rating that at least one theater refused to honor. Though such things are unquantifiable, "Color's" sex scene hardly seems more offensive than the extremely graphic violence in the R-rated "Lone Survivor." The MPAA is entirely opaque about its methods, though the observation that sex is generally treated much more harshly than violence, too, is not new. The fairly explicit sex scene taking place within the context of a relationship in "Blue Valentine" initially got it an NC-17 rating (which was later lowered to R, proving how arbitrary the whole process is).

What makes the "G.B.F." rating so discomfiting, in part, is the evident attention the cast and crew paid to subverting stereotypes, rather than playing into them; gay characters on film have traditionally been flouncy and utterly sexless, while the characters in "G.B.F." talk openly about sex just as heterosexual characters in teen comedies have done for ages (though they don't do it on-screen). "I have been presented with scripts constantly that I've turned down," said Willett. "I didn't like how they portrayed a gay person or didn't think the project was profound or necessary to society. It's been something I've dealt with a lot."

The rating also would seem to narrowly cast "G.B.F." as a gay film for the fact of its discussion of gay sex -- a categorization Willett rejects. "I feel like the themes that are presented in the film are not gay-exclusive. They're about discovering who you are and being comfortable with that. These are things all people can relate to."

"We couldn't help but feel that the MPAA rating was coming from a blatantly homophobic place," said Paul Iacono, another openly gay actor in the film. "We dealt with it very graciously. We've defended the film and the fact that while, at its heart, it is a hilarious teen comedy, it happens to have two gay protagonists and deals with gay stuff. That's why there's an R rating. It's as simple as that. A little gay kissing, maybe."

But in the era of VOD and streaming video -- neither of which ask for an ID to show you a film -- there's more than a small chance "G.B.F." will find its audience in time. "It's disappointing to think there are young gays out there, young LGBTQ kids, that might have to wait to see it in some other medium," said Iacono. "I have a feeling the film is going to reach a very large, diverse audience, and the R rating is just an unfortunate hurdle."

Indeed, the rating may not even matter. But perhaps successors to "G.B.F." -- future films that also deal frankly with teen sexuality of all stripes -- will have an easier time of it with the MPAA. As Willett pointed out, we're in uncharted territory. "I definitely feel like the film addresses subjects that might have been taboo or uncomfortable in a serious way. I think that's what the movie does most successfully. I've gone to these film festivals and seen audiences that weren't as ready and excited for it as others. But they were swept up by the story and fell in love with it."

Noting past taboos that had already been overcome, he added: "I wish this had been around when I was in high school."