Chris Christie's political bullying goes all the way back to college 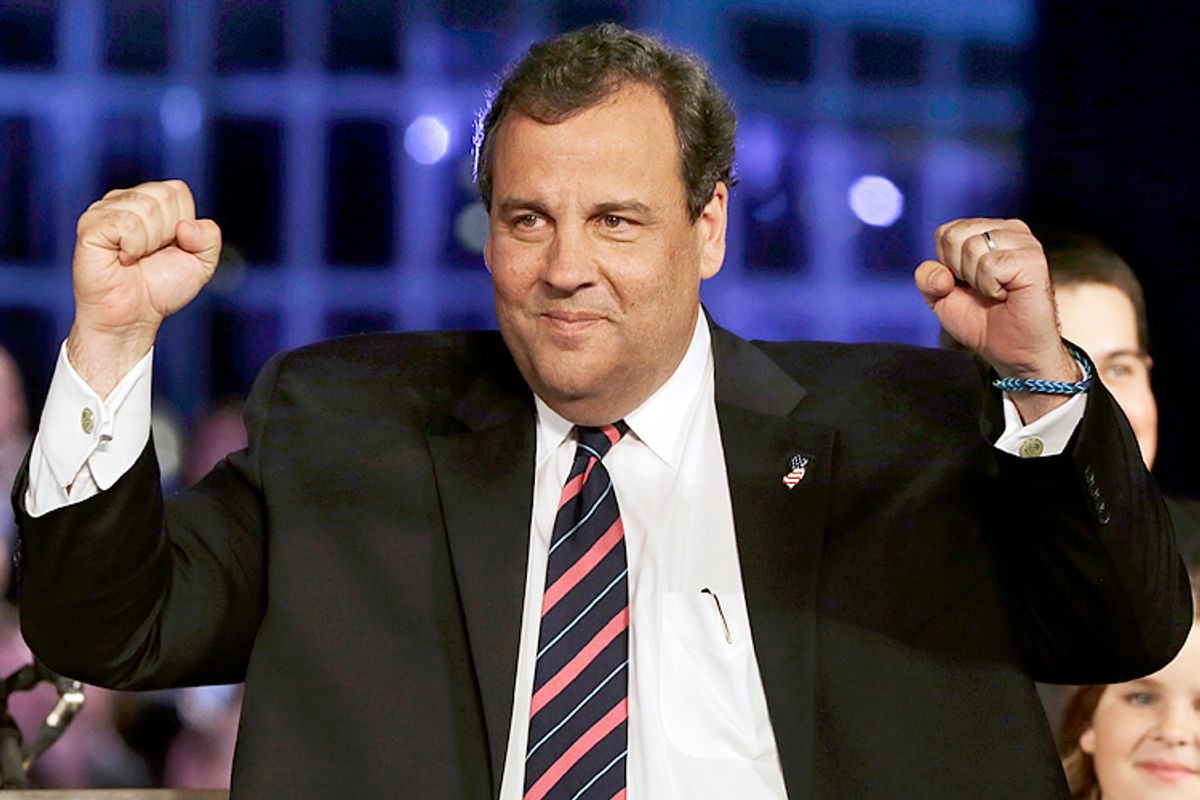 In the mid-1980s while attending the University of Delaware, Christie was accused of establishing a college political machine that rewarded those in his tight knit circle, while pushing others out of student government entirely, according to college newspaper archives. Students around the campus reacted to what they saw as quiet manipulation, one writing to the school paper about Christie’s “cronyism” and questioning the legitimacy of the future governor’s reign as president of the Delaware Undergraduate Student Congress.

In 1983, Christie had run a successful election through his own line, The Campus Action Party, which also included his future wife, Mary Pat, running for the congress’s position of secretary on its slate. Christie’s Campus Action Party swept the election and nabbed all six available positions in student government in the process.

In April of 1984, Christie was about to graduate, yet his grip on power in the student government remained, ensuring that, despite his departure, his wife and his brother, Todd, would continue to sit in major leadership positions, with the former running unopposed.

“People might have looked at the success that we accomplished in this year and felt that the ticket was too strong to beat,” Mary Pat told the Review, the campus newspaper.

Others thought more than just a reputable track record of accomplishments were the reason the two went unopposed. In a letter published in April of 1984, a self-described Student Congress member Richard Abbott suggested that Christie’s democratic tactics left a lot to be desired, and his cronyism drove many away from student government as a whole. "Cronyism' in DUSC has caused frustration and disgust of many hard working members, and led to the resignation of five voting members by mid-year. WHY?" Abbott wrote according to Talking Points Memo. "Something is lacking in our student government. It is known as representative democracy."

Bullying by another name? the governor's political "talents" go way back.