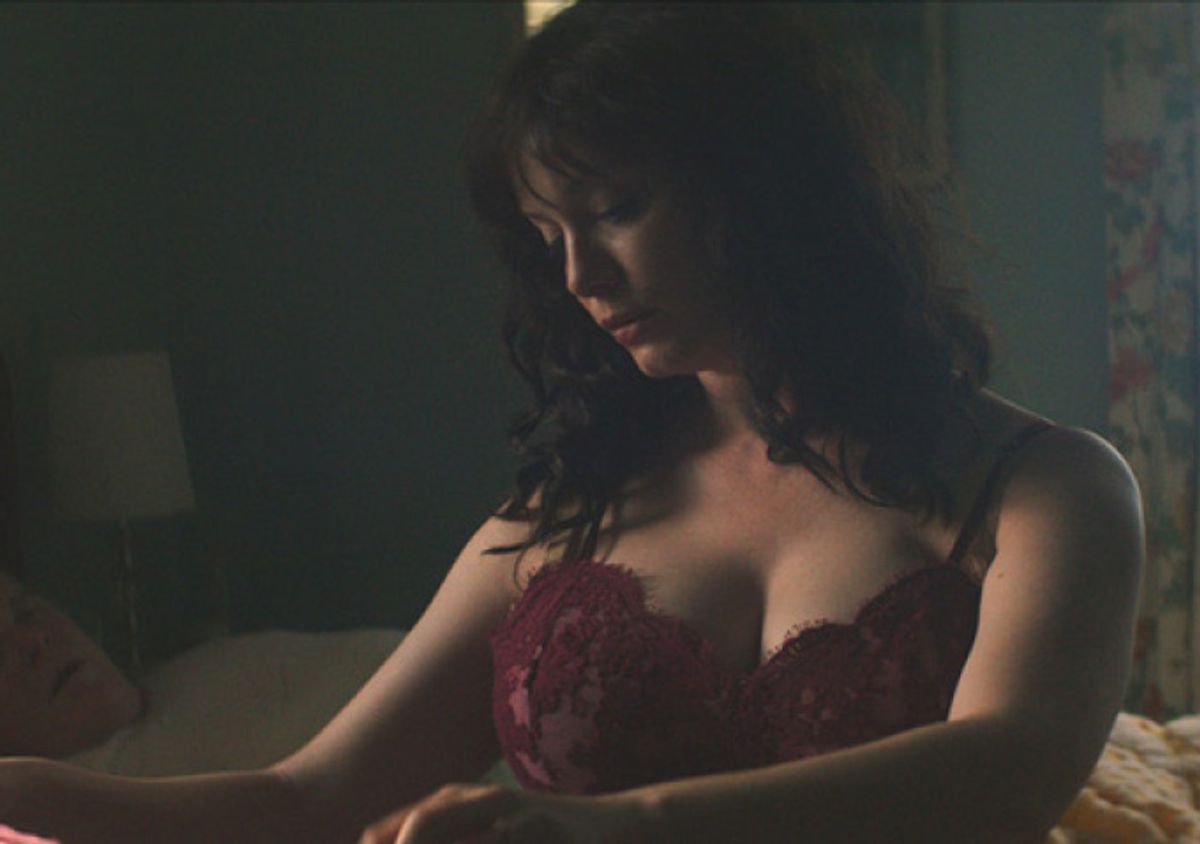 As “Mad Men” draws to an end, filming the second half of its seventh and final season, stars John Slattery and Christina Hendricks are moving on. Slattery, who directed five episodes of AMC’s hit series, is making his feature-length film directorial debut with “God’s Pocket,” boasting an impressive cast with Hendricks, Philip Seymour Hoffman, John Turturro and Richard Jenkins.

The script, which he co-wrote with screenwriter Alex Metcalf, is based on National Book Award-winning writer Peter Dexter’s novel of the same name about a man from a working-class neighborhood who tries to cover-up the death of his unlikeable stepson. “I tried to get the rights, I couldn’t get them. I gave up,” Slattery said of the novel at the movie’s premiere at the Sundance Film Festival. But he tried again, this time just using “the book sort of as the Bible,” eventually turned the draft into a screenplay.

The story was powerful enough to attract an all-star cast, despite a tight budget. “They came to work ready and they know it’s not a big film,” said the four-time Best Supporting Actor Emmy nominee. “It’s not a studio film where you can kind of learn your lines while you’re shooting it. Everyone came ready and ready to change things up and work off of each other.”

While the film is a definite departure from “Mad Men,” Slattery hopes that the movie makes a similar impact on its audience. “I didn’t want to strike out and do something different from ‘Mad Men,’ but everything’s going to be different from ‘Mad Men’ because it’s so specific,” he explained. “So that’s what you want to do--you want to do something equally as specific, which will then make it different.”

As for “Mad Men,” neither Slattery nor Hendricks offered any details -- in part because they don’t know much themselves. “We wait for each script with bated breath because it’s wrapping up each character,” said Hendricks, adding that the cast is "excited to see what’s happening to these characters that we’ve gotten very personally attached to."

There is undoubtedly life after “Mad Men,” confirmed Slattery. “Otherwise I’d be dead in 6 months!”