Right-wing winter: Why conservative movies clean up in January

While liberals catch up on Oscar hopefuls, movies like "Lone Survivor" rake in conservative dollars 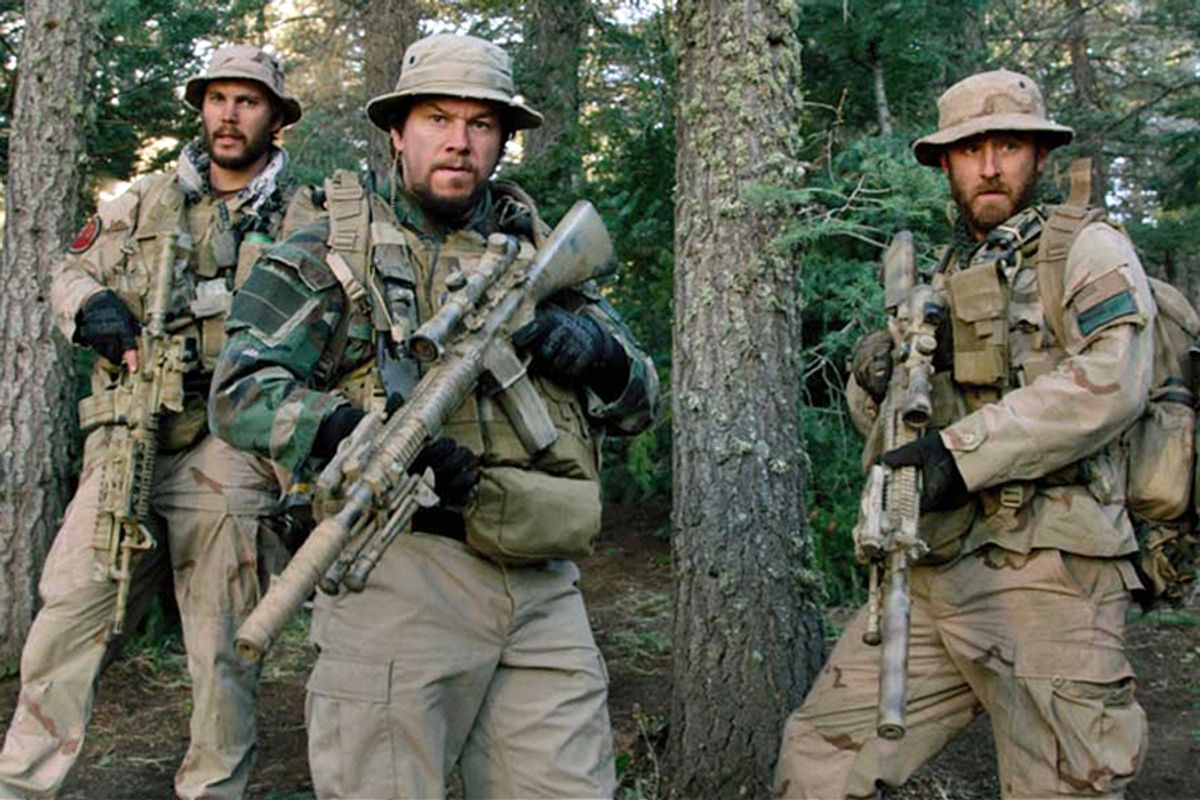 Apparently, selling a war is easy. In case you missed it, "Lone Survivor" stunned box office pundits with a $38.5 million haul on its opening weekend. It’s the second-biggest January opening ever (behind 2008’s "Cloverfield"), and the biggest ever for a war movie in the post-9/11 era. As an explanation, the Hollywood Reporter cited the film’s patriotic tone, noting that it “differs from many of the movies broaching Iraq, Afghanistan, and the Middle East in sticking to themes of courage and heroism, versus politics and social issues.” As a point of contrast, THR cites box-office disappointments "Green Zone," "Rendition," "Stop-Loss" and even "The Hurt Locker," which earned only $12.6 million domestically despite winning an Oscar for best picture. Not all of these movies were overtly critical of our recent wars, but none of them blindly accepted war as a moral good like "Lone Survivor" did.

Still, the film’s success is about more than patriotism. It’s about timing. Winter used to simply be a dumping ground for those films that were not good enough to warrant a more competitive release date, but it has recently become a good time to release brainless, pro-violence action flicks. Last year, we saw films like "The Last Stand," "Bullet to the Head," "A Good Day to Die Hard" and "Parker" released between January and March. Each was a throwback to a time when action movies didn’t need to have a brain -- the 1980s -- and several even used the aging stars of that era. In that decade, when the modern action flick was born, we preferred a tough guy with a gun; the brain was optional. Films like "First Blood," "Die Hard" and "Lethal Weapon" dovetailed politically with the Reagan administration’s calls for increased defense spending and ramping up of the Cold War.

Over time, our thirst for war has decreased, and the successful action movies of the post-9/11 era are more contemplative about their violence. Nowadays, our summer action movies need to be more ambivalent about their use of violence or at least ponder weightier themes, like the future of our planet or the merits of using violence to fight crime.

But there is still a place for movies that suggest all we need to solve our problems is guts and ammo, and that place is January, when the “intellectual left” is busy watching serious movies destined for Academy Awards. While folks on the coasts are catching up with "Her" and "Inside Llewyn Davis," the heartland is falling hard for "Lone Survivor," which lionizes military service, revels in the killing of enemy combatants, and never bothers to question the need for war in the first place. Calum Marsh summed up the film’s politics best in the Atlantic last week: “Not asking is its own kind of answer.” In other words, the filmmakers’ narrow focus on the survival of its four protagonists could be read as a de facto justification for the entire war. By rooting for their survival, we root for America to win. End of story.

Still, this doesn’t suggest some sort of widespread reversion to neoconservative thinking because – again – this is January. If movies like "Lone Survivor" start popping up in the summer, when studios release their movies intended to appeal to the widest possible swath of audience, then there might be cause for reevaluation, but if last summer is any indication, Hollywood still thinks we have mixed feelings at best about the war on terror.

Instead, the success of "Lone Survivor" only ensures that movie studios will now consider January a solid release date for films with right-wing appeal. In fact, we might get more real soon. "The Legend of Hercules," "I, Frankenstein" and "300: Rise of an Empire" each appears to posit mindless violence as the solution to life’s problems.

Then, there is the case of "Jack Ryan: Shadow Recruit." When it was bumped from its Christmas Day release date to Jan. 27, everyone assumed the distributors were just hoping to get a less crowded opening weekend, but maybe they were trying to find the right time for its politics. Remember that Ryan is a Cold War hero; the franchise, based on the books by the conservative, militaristic Tom Clancy, began in 1988 with "The Hunt for Red October." The next two entries – 1992’s "Patriot Games" and 1994’s "Clear and Present Danger" – eschewed Soviet villains, but "Shadow Recruit" again makes the Russians the bad guys. It’s no surprise then that a movie with a Cold War mind-set would find a home in January. If it turns up the dial on its blind patriotism and leaves its intellect at the door, it might even be a hit.

Noah Gittell is a film critic whose work has appeared in The Atlantic, The Guardian, The Economist, BBC, and LA Review of Books. Find him on Twitter @noahgittell.