CeCe McDonald on her time in prison: "I felt like they wanted me to hate myself as a trans woman" 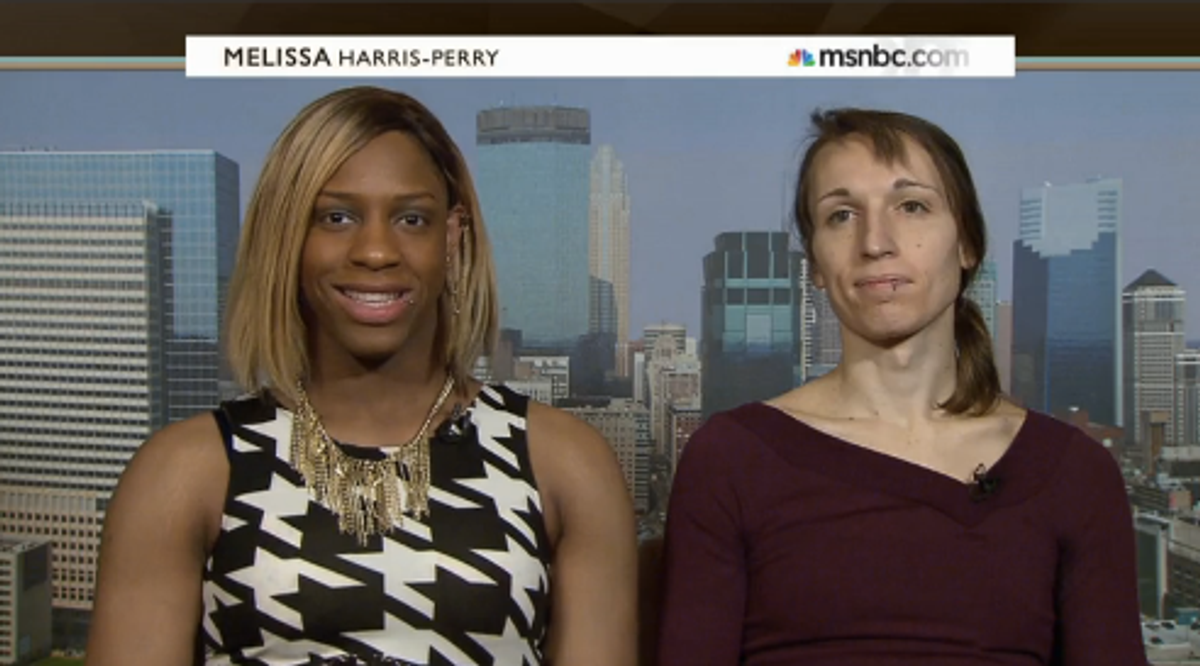 CeCe McDonald on Sunday gave her first televised interview after spending 19 months in a men's prison for defending herself during a racist and transphobic attack.

McDonald spoke powerfully about the disproportionate rate of violence faced by trans people -- both inside and outside of prison -- but also aimed her critique at the dehumanization and violence experienced by all people who are incarcerated. "Prisons aren't safe for anyone, and that's the key issue," she continued.

The segment -- which also featured the brilliant Laverne Cox and Trans Youth Support Network Executive Director Katie Burgess -- also highlighted the work that was done to secure justice for McDonald and the work that remains in order to secure that justice for others.

"And the issue too is that we are really stigmatized and criminalized at every level of culture," Cox added. "The very nature of the gender binary model suggests that we transgender people don't exist. ... There is constantly this denial of the existence of trans people, and because of that denial we don't get services and are discriminated against disproportionately everywhere. We have to have policies that acknowledge that we exist to even begin to dismantle some of the systemic discrimination that we experience."

You can (and should) watch both powerful segments here: