Transgender woman to right-wing councilman: Your Bible talk is a smoke screen for personal prejudice

"I brought the first stone ... in case that your Bible talk isn’t just a smoke screen for personal prejudices" 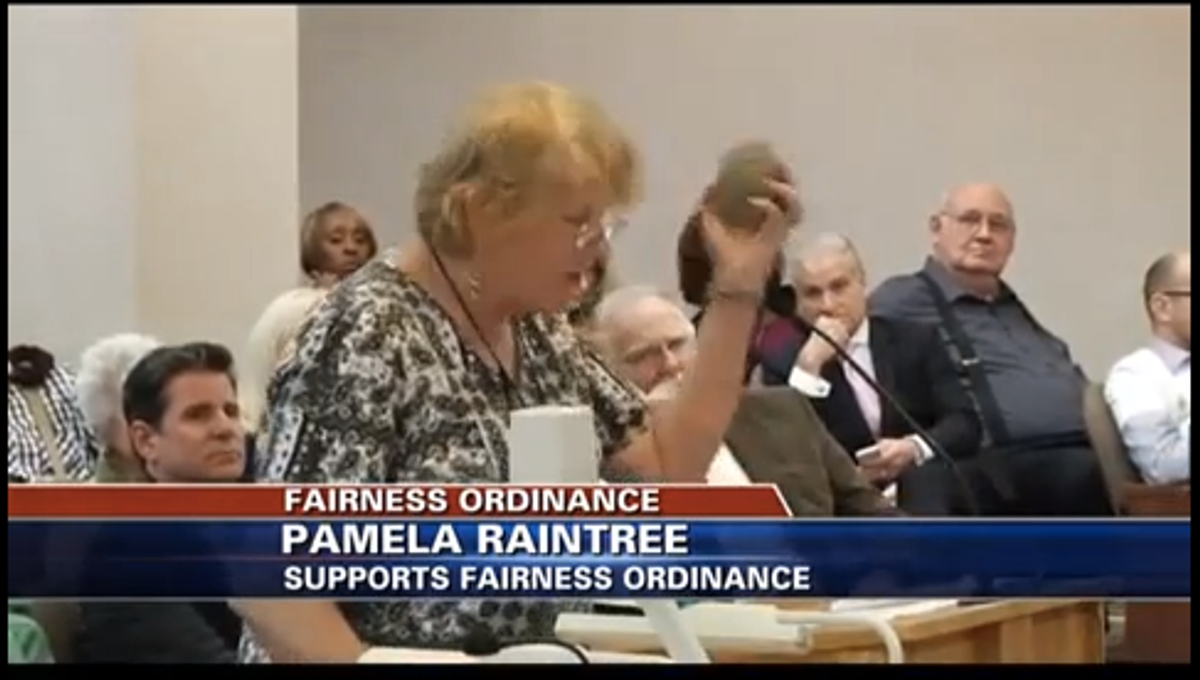 The Shreveport, La., city council in December voted to approve an anti-discrimination ordinance to protect residents from discrimination based on their sexual and gender identity.

The lone dissenting voice on the measure was that of right-wing councilman, Ron Webb. At the time of the vote, Webb said he opposed the measure because, “The Bible tells you homosexuals are an abomination.”

The ordinance passed with a 6-to-1 vote, but Webb wasted little time before introducing a resolution to repeal it.

The residents of Shreveport -- most of whom supported the ordinance -- came out this week to comment on the repeal. Pamela Raintree was one among dozens of community members to address the council, and her testimony was a passionate and scathing indictment of Webb's ignorance and bigotry.

Raintree, who is a transgender woman, held a stone as she read aloud from the Bible, telling Webb, “Leviticus 20:13 states, ‘If a man also lie with mankind as he lieth with a woman, they shall surely put him to death. I brought the first stone, Mr. Webb, in case that your Bible talk isn’t just a smoke screen for personal prejudices.”

Moments after Raintree's testimony, Webb withdrew his resolution without calling for a vote. The ordinance protecting LGBTQ residents from discrimination in housing, employment and public accommodations remains in effect.