"Expired" food is good for you: A supermarket exec's bold business gamble

Trader Joe's' former president wants to sell you the food that other stores throw out. Will it work? 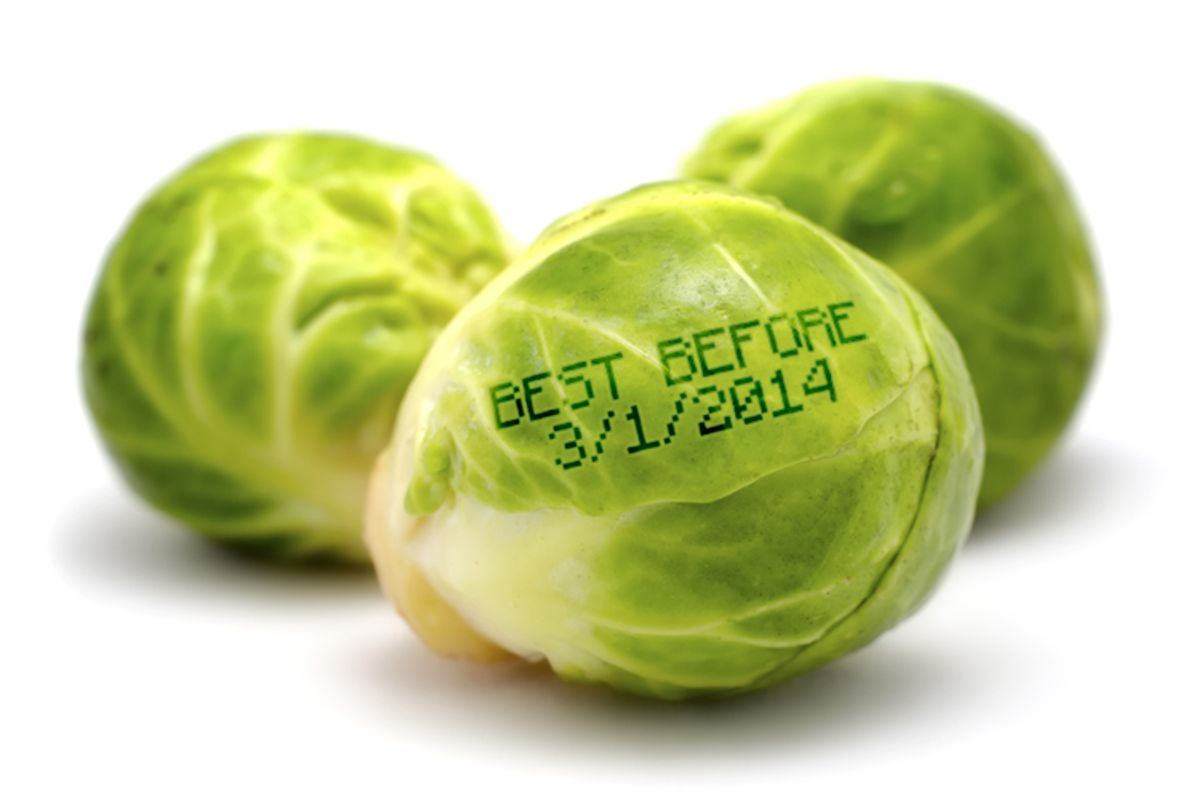 The former president of Trader Joe’s thinks he can sell the food that other stores throw out.

At first glance, that sentence looks like it tells you everything you need to know: Like Jeff Bezos’ vision of delivery-by-drones, or Elon Musk’s proposed hyperloop, Doug Rauch’s new venture sounds at once promising and kind of out-there, and like it's possibly just a publicity stunt.

In interviews with NPR and the New York Times Magazine, Rauch laid out the basics: The Daily Table, due to open in May, will be part grocery store and part cafe, specializing in healthy, inexpensive food and catering to the underserved population in Dorchester, Mass. What makes it controversial – at least at first glance – is Rauch’s business model: His store will exclusively collect and sell food that had crept past its “sell-by” date, rendering it unsellable in other, more conventional supermarkets.

As it turns out, so-called expired food is something of an overlooked commodity. At some point along the chain of production, from when it’s grown to when it’s left on a consumer’s dinner plate, 40 percent of the food produced in the U.S. each year is wasted, and $165 billion goes in the trash.

Meanwhile, nearly 15 percent of U.S. households were food insecure in 2012, meaning there were times when they didn’t know where their next meal was coming from -- let alone whether it would be healthy and wholesome. The connection seems obvious: As Ashley Stanley, whose food recovery nonprofit transports supermarket excess to local Boston food banks, put it, “It’s the most solvable, preventable, unnecessary problem we’ve got.”

But the real challenge, in Rauch's vision, isn’t just getting that excess food to the people who need it. It’s convincing them that it’s worth eating.

The first thing he’ll need to do is get us to stop referring to his offerings as “expired” food -- a term that, Rauch told Salon, isn’t even accurate. There are plenty of reasons why food is deemed unfit to be sold -- whether because it’s past its “sell-by” date, slightly damaged or just a little strange-looking -- even though it’s still perfectly good to eat.

The difference, while mostly semantic, is important. Last September, a major report from the Natural Resources Defense Council and Harvard Law School squashed the long-standing myth surrounding “sell by,” “best by” and “use by” dates on food. It revealed how those dates, which are mostly unregulated and surprisingly arbitrary, tell the consumer next to nothing about how long a product will stay fresh. Yet 90 percent of Americans are under the mistaken impression that they do – and that they are inviolable – causing us to needlessly throw away food.

The problem, however, begins even before such food reaches people’s refrigerators: It’s against most supermarkets’ policies (including that of Trader Joe’s) to sell food once it’s aged past these mystical dates. Dana Gunders, who co-authored the NRDC report with Emily Leib, sees Rauch’s project as the logical next step in freeing us from the tyranny of date labels. “Just the fact that he’s doing it, I think is a huge proof point to indicate that what we’re calling ‘expired food’ is in fact still good to eat,” she told Salon.

Rauch isn’t the first to look at the vast storerooms of perfectly good produce, bound for the trash heap, and see an opportunity. Stanley’s organization, Lovin Spoonfuls, also serves the Boston area, and New York’s City Harvest, to take a prominent example, has been “recovering” surplus food from supermarkets and restaurants and redistributing it to food pantries and soup kitchens since 1982. And as Rauch himself pointed out, a number of high-end retailers already repurpose their unsellable produce as hot, prepared food.

But Rauch’s focus differs from that of other nonprofit organizations, which are mainly concerned with fixing the broken link between excess food and empty stomachs. For example: Stanley’s ultimate goal for Lovin Spoonfuls, she said, is to put herself out of business – in other words, to solve hunger. “We must never forget that food’s not only a commodity,” she told Salon; more important is its role as a life force. But like it or not, our culture does treat food as a commodity – as something to be coveted and indulged in. Rauch sees that as an advantage.

Rauch, a capitalist first and foremost, is looking for a market-driven solution to food waste. The store is a nonprofit, but after an initial round of funding gets it started, he intends for it to be self-sustaining. And he expects that supermarkets will work with him, “not just because it’s the right thing, not just because they feel bad about throwing it out. All those are true, but also because it’s an underrealized asset”: There’s a federally enhanced tax deduction on the books for restaurants and grocery stores that donate their surplus, which allows them to recover up to 50 percent of their lost margin.

Rauch is also careful to specify that the Daily Table is a retail store, not a food bank or a soup kitchen. And his target clientele is the working poor -- people who can afford to buy food, but who aren’t buying the right food.

“When I run down to meetings in the inner city in Boston, I’d say most families know that their kids need to eat better,” he said. “Most families know that they’re not giving their kids the nutrition they need. But they just can’t afford it, they don’t have an option.” Rauch intends for his store to put healthy food on the same level as fast food by making it available at the same price. Only then, he said, will the approximately 47 million food insecure Americans have the opportunity to make “an economically agnostic decision” between junk food and healthy food.

A common criticism of food recovery services is that they’re giving poor people rich people’s garbage; in Rauch’s case, he’s been accused of trying to sell it to them. Rauch doesn’t have any delusions about what he’s marketing, though: The best that he, with a fair amount of tongue-twisting, could come up with to describe the Daily Table’s ware was to call it “cosmetically imperfect but nutritionally sound product that’s acceptable, but not exceptional.” Just because food is good to eat doesn’t mean that people will want to eat it – that’s the reason why it ends up as surplus in the first place. And it gives some credence to his critics. “If you’re a customer walking into the store and you’re willing to buy that crooked carrot or the apple with a slight mark on it, I’m sure they’d be happy to sell it to you,” Rauch said. “But if there’s a beautiful apple sitting next to it, I think that you, just like me and everyone else, will take that.”

That’s hard to argue with, but it’s also hard to argue that a crooked carrot or bruised apple is inferior to a “beautiful” piece of produce when it comes down to what matters most: its nutritional value. The real “garbage,” Rauch would argue, is the cheap-packaged and fast food that people in food deserts like Dorchester are eating instead of fresh produce. Equating excess food with garbage, Gunders added, goes back to that basic misunderstanding about what does and does not count as expired. “It’s not trash,” she said. “That food’s good, and I would eat it and I do eat it. To throw it away, particularly the more nutritious stuff, is a shame.”

The key to making the Daily Table a place where people will actually want to shop will be in finding a way to make that food appealing again, and not just for sentimental reasons.  Chopping up that crooked carrot and sneaking it into a minestrone, or pureeing it into a smoothie, to be sold at the store’s prepared foods sections, will help. So may cultivating a different aesthetic from the typical supermarket: The food stocked in the store’s produce section won’t be “ugly,” it will be “authentic.” This, Rauch pointed out, is something that farmer’s markets have already been successful in doing.

“We have a broken food system, with rampant waste, hunger and obesity,” said Jonathan Bloom, whose book "American Wasteland" explores the various facets of food waste. “So we are well overdue for some new ideas.” If Rauch is successful, he will be using the first problem to help fix the other two. And along the way, we might just begin to stop thinking about expired food as trash, and start seeing it as an opportunity.