Inside Marnie's humiliating viral video on "Girls": The story of "What I Am" 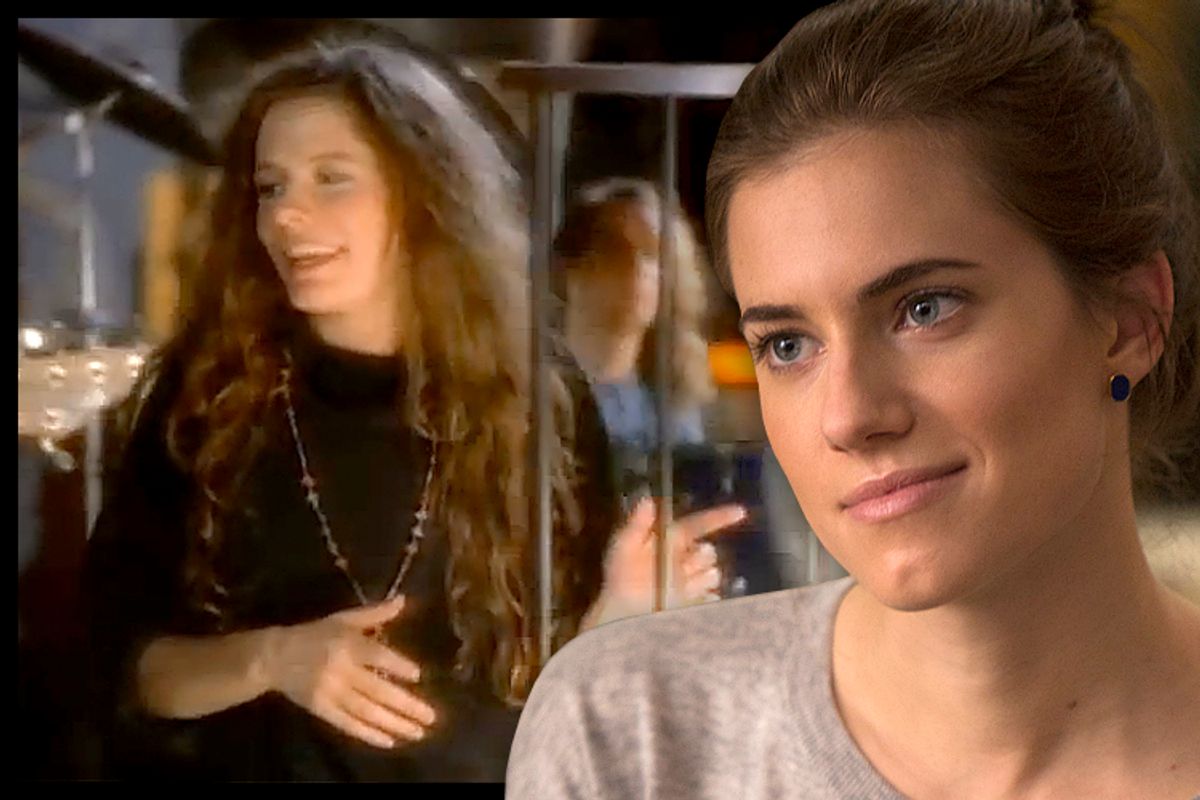 On the most recent episode of "Girls," Marnie's life is temporarily ruined by an embarrassing music video she shot with her ex Charlie; he's uploaded the video to the web and her attempts to get it taken down (and to ignore all the vicious comments) aren't working.

The video is pretty awful -- the second in an ongoing series of musical humiliations for Marnie. (Remember her cover of Kanye West's "Stronger" last season?) In it, she dances and kicks in a stairwell, lies on the floor under a metric ton of sepia filter, flips off the camera and... writes music?... while lip-syncing a heavily AutoTuned cover of Edie Brickell's "What I Am."

Here are the lyrics Marnie sings, for those who were distracted by her dancing:

The song was born the same year as the 25-year-old "Girls" characters; in 1988 it was the breakout hit for Brickell's band, Edie Brickell & New Bohemians. Brickell released two albums with New Bohemians -- but "What I Am" was their signature.

Perhaps the fast-rising Brickell, in 1988, was something of a spiritual predecessor to our "Girls." A Los Angeles Times review of a New Bohemians performance asked whether "What I Am" reflected "[d]elusions of grandeur on Brickell's part? A bit too much spinach, perhaps?" But the reviewer concluded:

22-year-old Brickell indeed came off as a self-assured young woman -- but charmingly, not condescendingly, so. A native Texan who only began her first tour outside that state last month, Brickell seems at once both slyly insinuating and shyly guileless.

That sounds sort of familiar!

As for the lyrics -- that "what I am is what I am" that struck the L.A. Times as so overconfident -- they're not meant to signal egotism. In a 2011 interview, Brickell told Vanity Fair that the lyrics to "What I Am" had been inspired by a college course in world religions in which her classmates held fast to the viewpoints they'd had coming in: "To adopt behaviors, to adopt some sort of dogma, I felt defeated the purpose of evolution. That song just blossomed from irritation." As for the "religion is the smile on a dog" lyric:

I meant that in an endearing way, because what is more expressive and sweet than that smile on a dog? And I felt that in terms of religion, some people see it, some people don’t see it.

Marnie's video, too, is endearing -- though some may see its appeal more clearly than others (if her "Stronger" performance and the structure of her "Rent" duet later in this episode provide any indication, people tend to be deeply embarrassed by the musical situations in which the show places actress Allison Williams).

As for Brickell -- who's a star in her own right but who's also married into royalty as the longtime wife of Paul Simon -- she most recently collaborated with Steve Martin on the 2013 bluegrass album "Love Has Come for You." Perhaps one of those songs will be featured on "Girls" season 4.