Darden Restaurants has made Fortune's list the past three years -- while being sued by nearly 20,000 workers 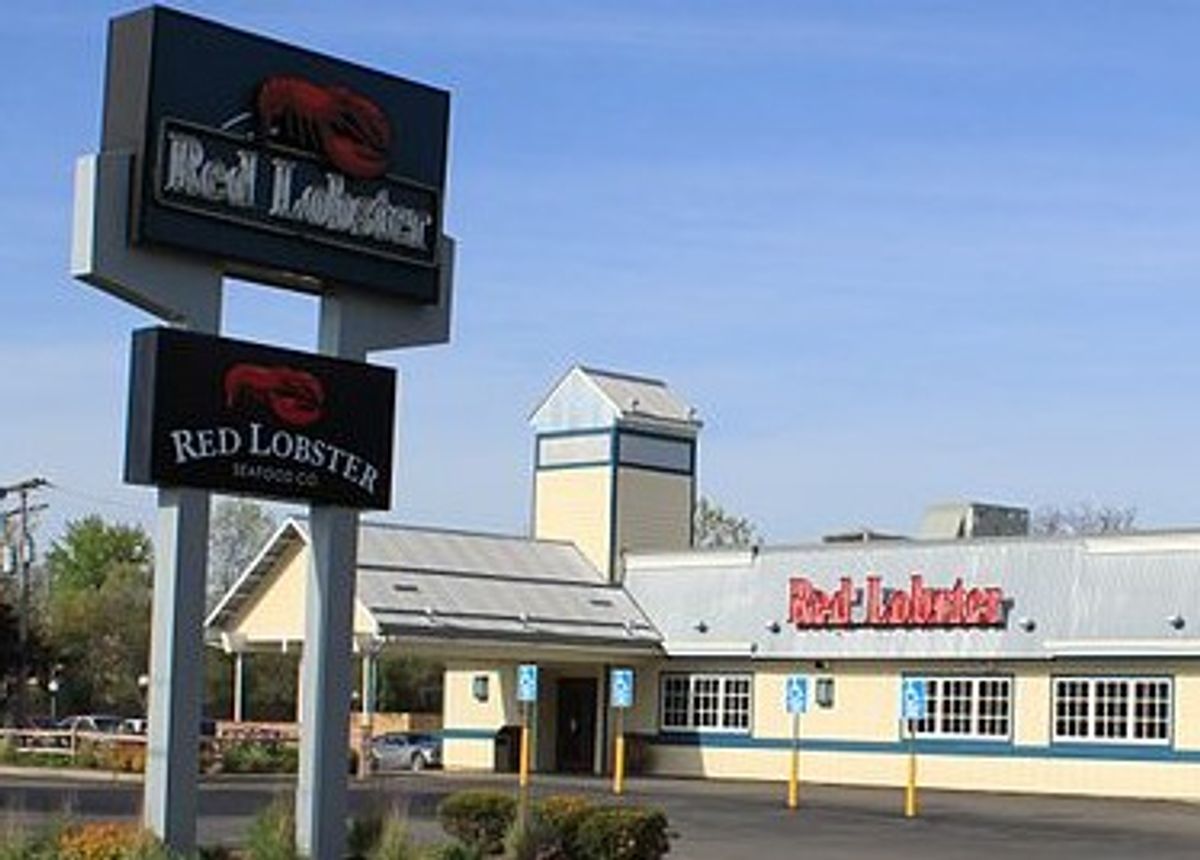 Fortune magazine loves rankings: the richest businesses, top business celebrities, 50 most powerful women, and so on. But one thing you won’t find in Fortune's 2013 list of the “100 Best Companies To Work For” is that number 65, Darden Restaurants—owner of the nation’s biggest sit-down dining chains with 2,000 restaurants—is being sued in a class action in federal court for wage theft and nearly 20,000 servers and bartenders have signed on.

That’s not the only big suit Darden faces for underpaying servers—not letting let them punch the clock when they start working, assigning them to do other set-up tasks without pay, or not sharing tips, as the legal complaint states. Another similar wage theft class action suit, filed in New York in 2011, has been joined by 500 workers.

Now, beyond the fact that Darden’s critics have documented that many part-time workers cannot afford the benefit that Fortune cites because of low pay, and Darden doesn’t offer hourly employees earned paid sick days, there is something even more eyebrow-raising about its Fortune “Best Company” trophy: Darden essentially has been buying it and then bragging about it.

“Once again, we’re honored,” CEO Clarence Otis said in 2012. Exactly how Darden finessed this credential—at a time when the company is under attack by Wall Street for poor profits and may sell off some brands, which would toss thousands of employees to the cost-cutting winds—is a version of what lobbyists call “pay-to-play.”

The bottom line, as 24/7wallst.com noted, is not just that Fortune’s ratings are “useless,” but how this ratings game brings together corporate vanities and fawning publications in a charade that papers over how real-life workplace issues have led nearly 10 percent of a supposedly “Best Company” to sue management over padding profits by wage theft.

“These warm and fuzzy public relations moments… are based on sloppy research by the list creator,” 24/7wallstreet reported after a six-week investigation, and are “tainted by financial relationships that violate the best practices of the polling industry.”

Want To Be A Best Workplace?

“We start with a profound respect for organizations considered by their employees to be great workplaces,” wrote Levering in an open letteron its website. “The leaders of these companies are our heroes, and we stand in awe of what those organizations represent — beacons of hope in what is too often a sea of workplace mediocrity.”

Behind this progressive veneer is a company that has made millions from marketing its services to several hundred U.S. companies with more than 1,000 employees. For fees that start at several thousand dollars, firms can be included in those ranked as “Best Companies” for Fortune and other media worldwide. GPWI offers social responsibility assessments and audits for more fees. It holds annual best workplace conferences, attended by firms that bought GPWI services, where executives—such as Darden CEO Clarence Otis—are featured as keynote speakers.

There were 11,327 U.S. firms with 1,000 or more employees in 2008, according to the most recent Census Bureau data. In 2012, only 280 of these companies paid GPWI to participate in its best workplace contest, Darden’s press release said. Thus, it would be more accurate to say that Darden ranked 65th out of the less than 3 percent of all eligible businesses that could have been surveyed—if GPWI looked at all big U.S. corporations. Needless to say, sizing up a small sliver of America’s biggest companies—and only those that pay for the privilege—is not how Fortune or GPWI portrays it.

“Other firms may offer competitive products and services, but Great Place to Work has no competitors,” Levering’s “Why we do what we do” website declaration states. “No other organization shares our unique social mission. Others may help companies make marginal improvements in their workplaces, but we endeavor to help organizations transform their cultures. Great workplaces are qualitatively different because of the impact of trust on workplace relationships.”

Trust is not the word that comes to mind when reading accounts of workplace issues at DardenLawsuit.com or in reports by Darden critics such as the Restaurant Opportunities Center United. You would think GPWI would be aware of litigation facing Darden, especially the class action filed in 2012 in federal court in Florida that initially listed 50 servers in 18 states, mostly women, for wage theft at five restaurant chains: Bahama Breeze, Longhorn Steakhouse, Olive Garden, Red Lobster, and Seasons 52.

Darden was sued under the Fair Labor Standards Act, which requires employees be paid for hours worked, earn at least minimum wage, get overtime for more than 40 hours, and not be fired for filing a complaint—retaliation. Since its filing, almost 20,000 current and ex-employees have become plaintiffs, the Orlando Sentinel reported in early January. A Darden spokesman said that this represented less than 10 percent of the 215,000 eligible employees, saying that was “well below average for these types of collective actions.”

In other words, 20,000 aggrieved employees is business as usual, and possibly a mark of a good overall workplace, Darden’s attorney implied. That slick retort is telling. It is not very different from the vanities expressed by CEO Clarence Otis in his keynote speech at the 2012 Great Place To Work conference, titled, “The Guest Experience Can Never Exceed the Employee Experience—How Darden’s Strong Corporate Culture Drives Business Success.”

If you spend enough time on the GPWI website, you will soon feel like you are drowning in vanities and feel-good rhetoric. While many firms on Fortune’s list deserve praise for not treating their employees and customers poorly to profit, Darden is clearly investing in a self-serving public relations ploy. Its relatively small expense for GPWI’s services is money well-spent. It gives the CEO and company a boost at a time when lagging profits have led investors to push Darden’s board to break up the firm.

Obviously, running any business is difficult, but the troubles Darden faces are big and growing. But that’s not what Fortune reports—it calls Darden one of America’s 100 best workplaces. Ironically, while Fortune, GPWI and CEO Clarence Otis have been pedaling a fantasy about America’s biggest restaurant operator, it’s not only employees whose worklife may soon become more difficult. If Wall Street gets its way, Otis might lose his job as well. That’s what credible business journalists have reported.