"There are warnings of gays in Viking, Forties, southeast Iceland and Bongo Bongo land" 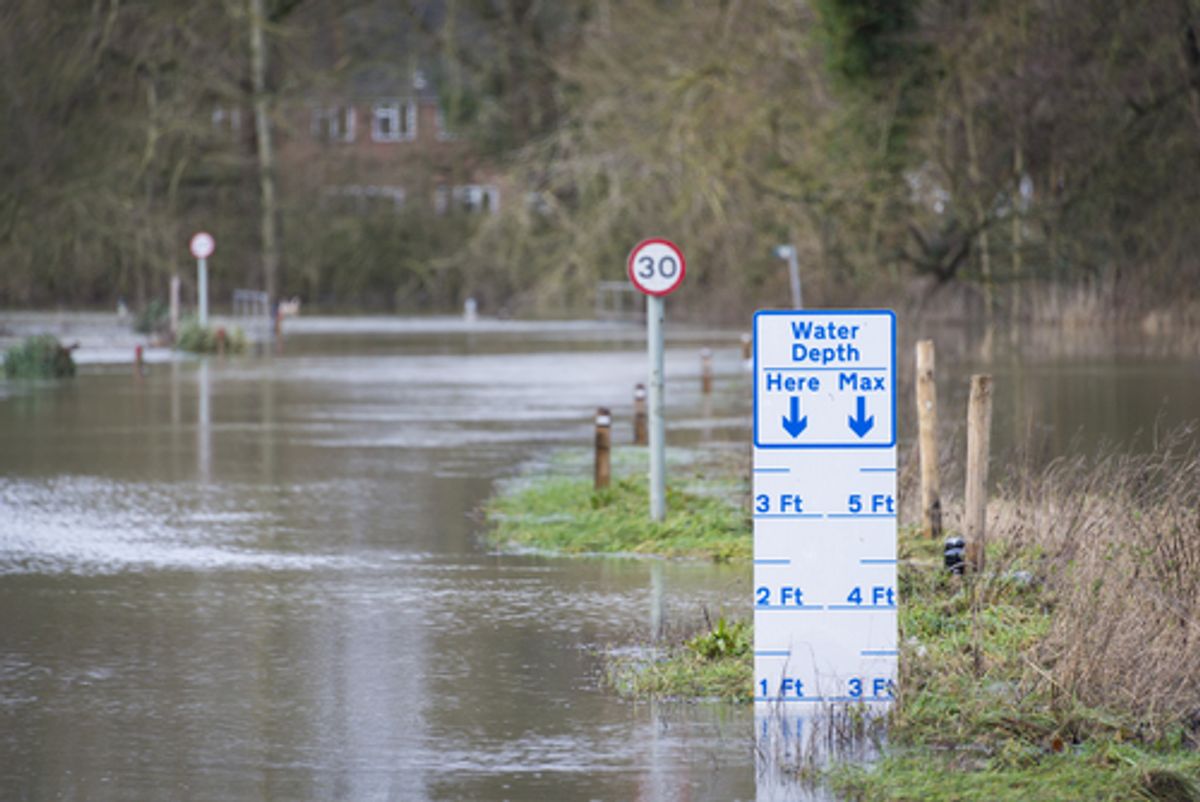 Over the weekend, we found out what it takes to get suspended from the U.K. Independence Party (UKIP). It involves writing a letter to your local newspaper that begins like this:

"Since the passage of the Marriage (Same Sex Couples) Act, the nation has been beset by serious storms and floods."

The letter, written by Councillor David Silvester, only gets worse from there. "Is this just global warming or is there something more serious at work?" he asked of the country's devastating weather. Silvester continued:

I wrote to David Cameron in April 2012 to warn him that disasters would accompany the passage of his same sex marriage Bill.

"But he went ahead despite a 600,000-signature petition by concerned Christians and more than half of his own parliamentary party saying that he should not do so.

"Now, even as Cameron sheds crocodile tears on behalf of destitute flooded homeowners, playing at advocate against the very local councils he has made cash-strapped, it is his fault that large swathes of the nation have been afflicted by storms and floods.

He has arrogantly acted against the Gospel that once made Britain 'great' and the lesson surely to be learned is that no man or men, however powerful, can mess with Almighty God with impunity and get away with it for everything a nation does is weighed on the scaled of divine approval or disapproval."

(U.S. conservatives, it should be noted, beat Silvester to the punch on this one: Back in November, then-potential Senate candidate David Barton calmly explained how recent disastrous climate events were actually God punishing us for abortion, our support for which opened the doors to murder, pedophilia and, yes, floods.)

While there was enough outrage over Silvester's comments, the sheer ridiculousness of his trying to connect same-sex marriage and floods has, of course, been met with aggressive mockery.

At the Guardian, Dean Burnett sought a scientific explanation for the gay-weather connection:

Logically, same-sex marriage leads to an increase in the number of weddings. Weddings invariably involve a large number of people congregating in one place, which leads to a lot of body heat and warming, and this heat enters the atmosphere, increasing the air temperature and producing more warm fronts. People also cry a lot at weddings. This is likely to be even more pronounced at same-sex weddings, with the added element of recently achieved equality making the events even more poignant. Tears are basically water, which quickly evaporate, thus adding to the water content of the atmosphere. Weddings also typically involve a lot of alcohol, which makes people colder, meaning they’re more likely to turn on heating systems when they arrive home, releasing more heat and CO2 into the atmosphere.

But actor Nicholas Pegg (best known for "Dr. Who"), took the cake with his deadpanned UKIP shipping forecast. "There are warnings of gays in Viking, Forties, southeast Iceland and Bongo Bongo land," Pegg warns, along with "rain, moderate or gay" and a "homophobic outburst, back-peddling westerly and becoming untenable." Listen to the whole thing here: