The MSNBC host, usually one of Obama's biggest defenders, says pot is more dangerous than the president believes 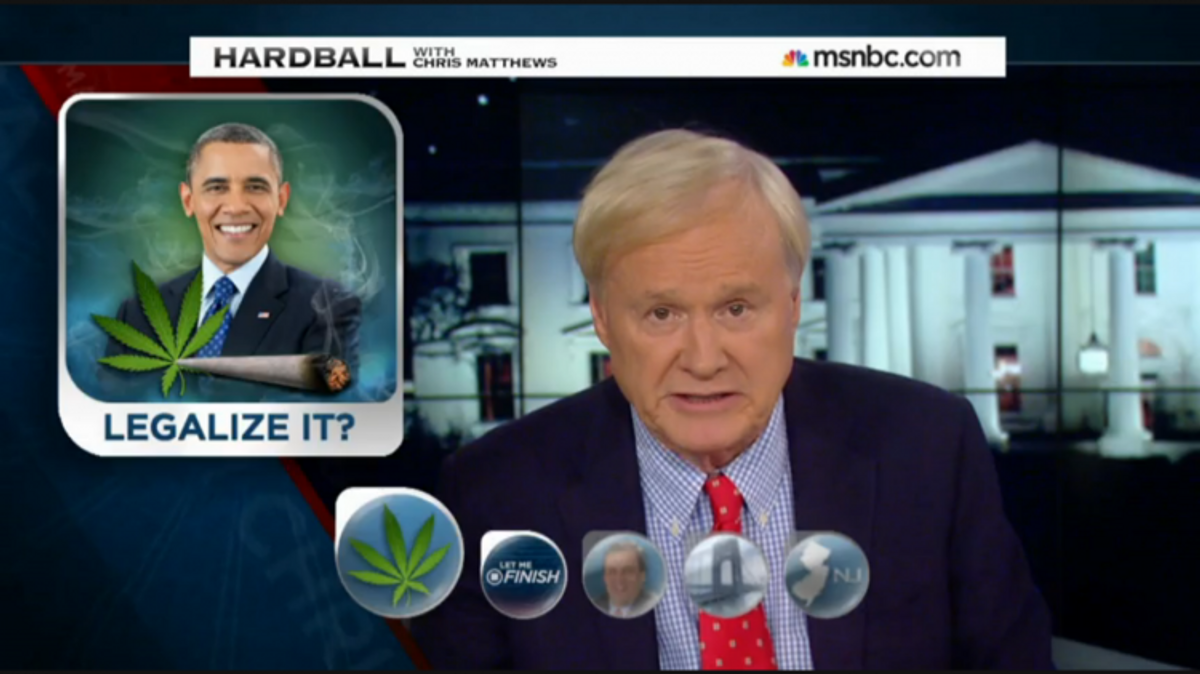 One of the president's biggest fans in the media isn't happy with his recently published comments about marijuana.

In a new, long profile in the New Yorker, Obama is quoted by New Yorker editor in chief David Remnick calling pot "a bad habit and a vice," but one that wasn't much different from cigarettes. "I don't think it is more dangerous than alcohol," Obama added.

Obama also criticized the law enforcement status quo on marijuana, arguing that the state "should not be locking up kids or individual users for long stretches of jail time when some of the folks who are writing those laws have probably done the same thing." He also noted the ways in which laws against marijuana disproportionately harm those in lower incomes. "Middle-class kids don’t get locked up for smoking pot, and poor kids do," he said.

While many applauded the president's comments, marking it as a possible watershed moment in America's complicated history with illegal drugs, MSNBC's Chris Matthews and two guests were decidedly more wary of Obama's remarks.

Speaking on Monday during his "Hardball" show, Matthews said, "I generally support the president on a lot of things — I'm famous for that, or whatever, infamous for that — but the fact is I don't think he's right on this one because I think people have addictive personalities and some people react to freedom differently than others and we better be ready for it because it's coming now."

Matthews' guests — activist Christopher Lawford and former congressman Patrick Kennedy —  agreed, saying that legalizing marijuana would only make substance abuse problems in America worse and that pot is much stronger today than it was when Obama smoked it in his youth.

Echoing earlier comments from MSNBC colleague Joe Scarborough, Matthews said that pot is dangerous because of the way is diminishes one's energy and motivation. "I think dope, marijuana makes you sort of vague-out, and sort of lose interest in tomorrow, two weeks from now, two months from now," Matthews said. "Where ya headed? I do believe that."

Watch the "Hardball" segment below: