A local candidate in Florida has gone way, way over the line in his criticism of the president 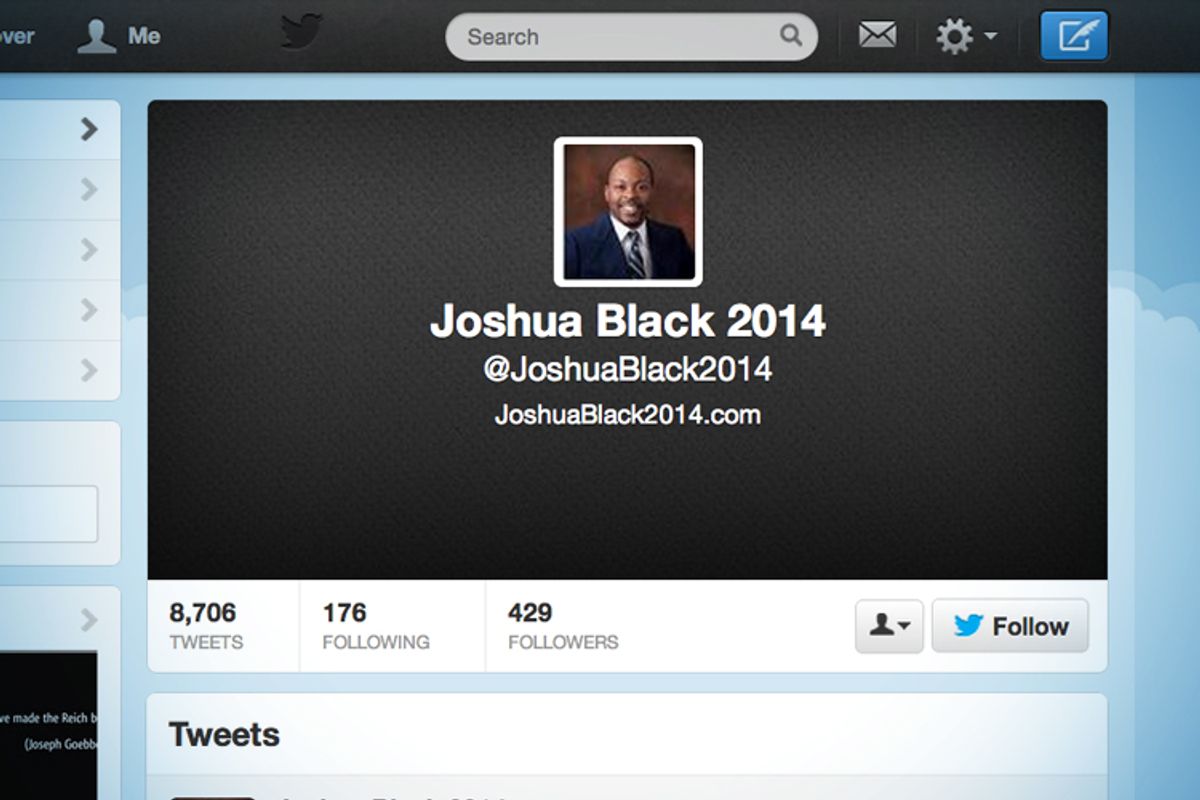 Joshua Black is a Republican candidate for the Florida state House. According to his website, he's the second of 10 children and the product of home schooling. He's spent some time as a street evangelist. He says Republicans have "a serious communication problem" and that the GOP has "a hard time explaining to anyone else why they should listen to our solutions."

He also says that President Obama deserves to die.

Black kicked off a media firestorm, public indignation and perhaps a visit from the Secret Service when he posted this tweet on Martin Luther King Jr. Day:

Unsurprisingly, he immediately received a lot of pushback. But he refused to budge, defending himself on Twitter:

Despite Black's general recalcitrance, the Republican candidate for office was willing to admit when he was wrong ... about Benedict Arnold:

Speaking for thousands, Black's opponent in the race to represent Florida House District 68, Rep. Dwight Dudley, told the Tampa Bay Times that it is "dangerous and unbecoming for someone who wants to lead to call for such violence and extremist action."