It's official: 2013 tied for the fourth warmest year on record 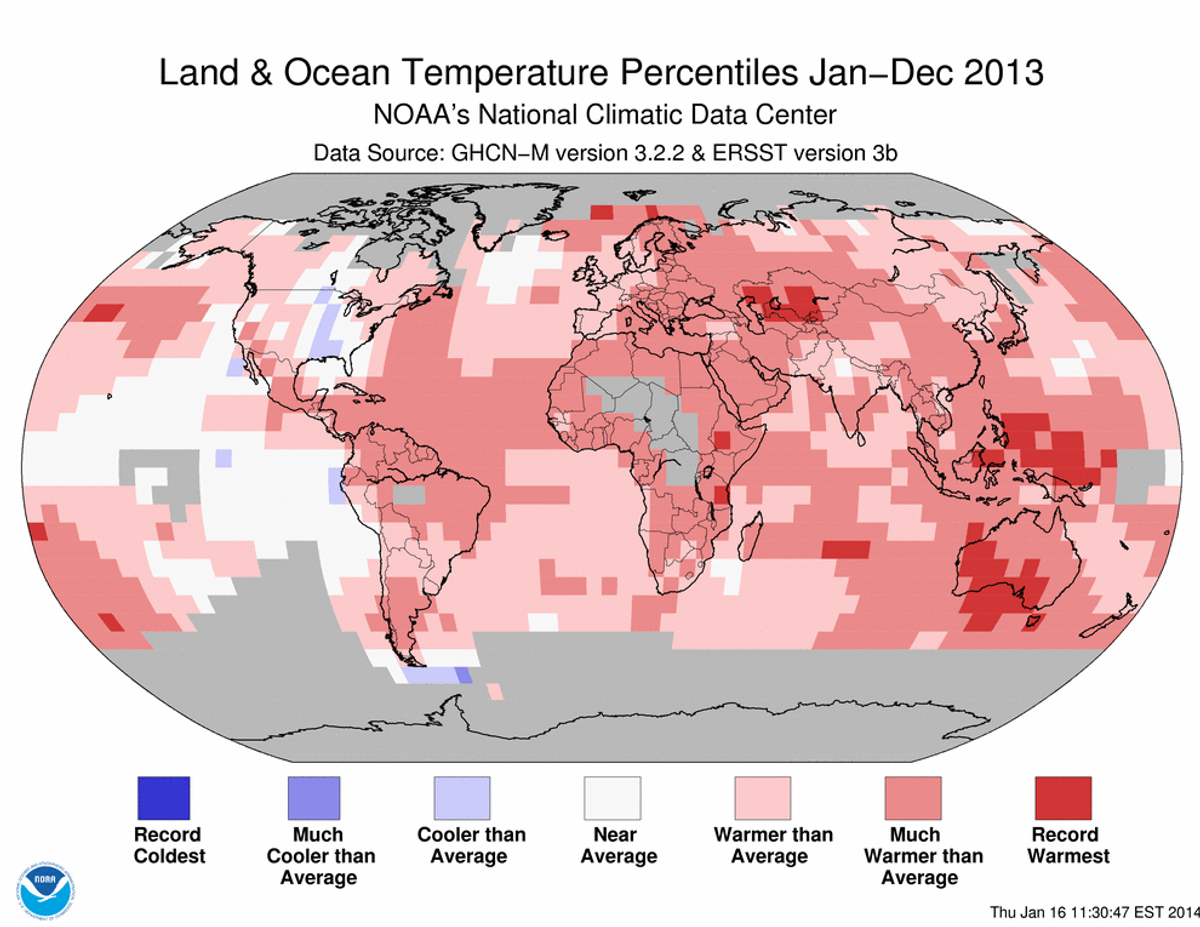 UPDATE 1/22/2014 4:30 PM ET: A separate report out Tuesday from NASA named 2013 as the seventh warmest year on record. The Weather Channel has more on why the two agencies' conclusions differ (it has to do with the way they process data) and on why it doesn't really matter much. The bottom line: it's significantly warmer than it used to be.

The NOAA's annual State of the Climate report is in, and it confirmed what anyone who's been paying attention probably noticed: 2013 was one for the record books.

We ended the year with a globally averaged combined land and ocean surface temperature .62 degrees Celsius (1.12 degrees Fahrenheit) above the 20th century average, tying with 2003 as the fourth warmest year since record keeping began in 1880. This means that global temperature was above the 20th century average for the 37th year running, and that all 13 years of the 21st century officially rank among the 15 warmest in recorded history.

The year was marked by heavy rainfall in some regions, excessive drought in others and, in better news (though not so far as long-term trends go), above-average global sea ice levels. Although more moderate, overall, than 2012, most areas of the world experienced above-average temperatures (pictured, in the above map, in pink and red). The NOAA notes some of the "highlights":

Once expert climate observers get their hands on this data, there's sure to be more commentary and analysis to parse through. In the meantime, this map provided by the NOAA gives a pretty good summary of the year's most notable climate events -- it's worth checking out.