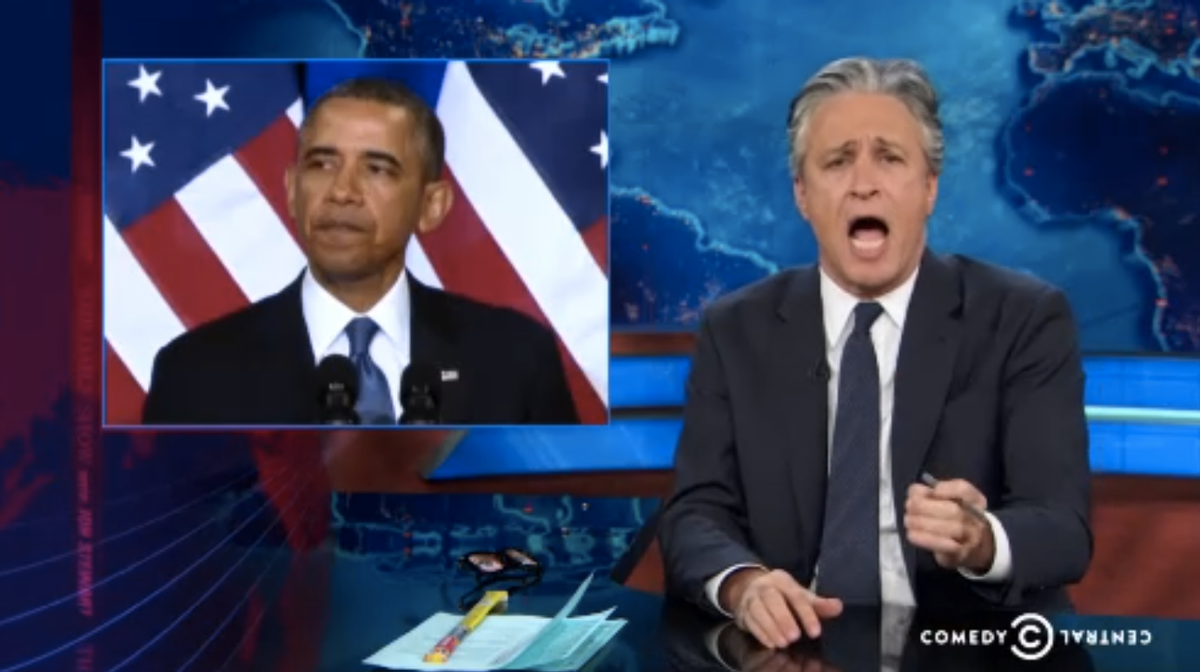 On "The Daily Show" Monday night, Jon Stewart took a long, hard look at President Obama's announcement of NSA reforms (after waking up from a nap brought on by the president's typical long-windedness, of course).

There were some big ones: For instance, the president announced, the NSA will now only record data from calls that are two steps removed from a number associated with a terrorist association. Before, all it took was three degrees of separation.

But according to Stewart, that still sounds like an overreach. "What if you call Papa John's to order a pizza, but it's the same Papa John's that a terrorist also called to order pizza?" he asked. "Therefore, you know a guy who knows a terrorist, without knowing it."

Quibbles aside, Stewart contends that none of this is likely to happen anyway. After all, Obama's big plan for putting the reforms into effect involves working with Congress. "Maybe after that," the host quipped, "we can all go out for some unicorn burgers and leprechaun juice."

Check out his breakdown of the speech: