Forty-one years later, Roe v. Wade is being dismantled in many states by amendments like State Rep. Joe Fischer's 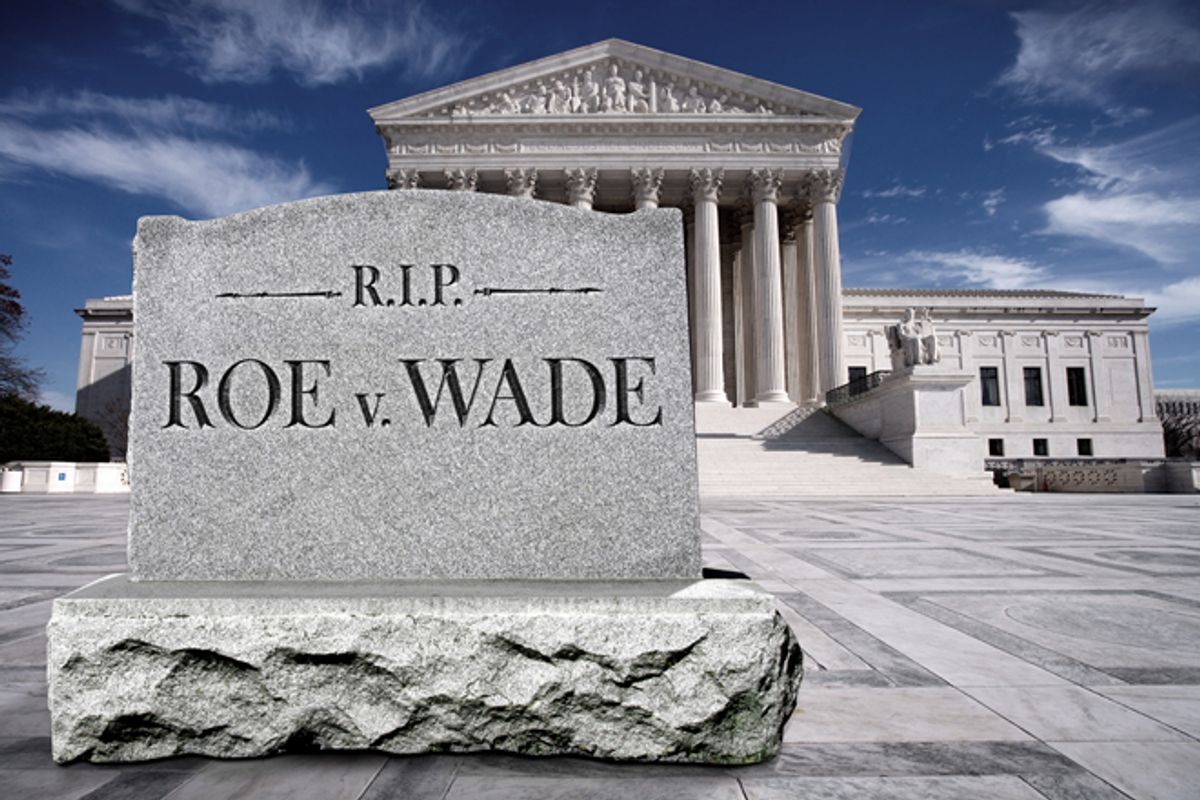 It has been 41 years since the landmark Supreme Court decision, Roe v. Wade, legalized abortion. But last year, five states including Mississippi, Alabama, South Dakota, Kansas and Indiana had anti-abortion bills go into effect ... in the same week.

The deluge of bills and amendments aimed at chipping away Roe v. Wade hasn't stopped in the new year.  Last week Kentucky State Representative Joe Fischer (R) introduced an anti-choice amendment to a domestic violence bill saying, "the most brutal form of domestic violence is the violence against unborn children."  The bill's actual intent is to expand domestic violence protections to non-married couples, but if passed with Fischer's amendment it would also ban abortions at 20 weeks of pregnancy.

This redefinition of both abortion and domestic violence is reprehensible.  This is a pathetic attempt to restrict a woman's right to choose by attaching it to a bill that expands protections on domestic violence, a crime that disproportionately affects women.  And according to New York State's Office for The Prevention of Domestic Violence:

A recent national study found that 2/3 of women who had been physically assaulted by their intimate partner had also been sexually assaulted by that partner.3 Women who have suffered sexual abuse in addition to physical partner violence are at greater risk for unwanted pregnancies, sexually transmitted diseases, substance abuse, and suicide,4 As with domestic violence, sexual abuse affects the entire household - the children of sexually abused mothers also have an increased risk of depression.

Luckily, Kentucky House Speaker Greg Stumbo (D) has said the amendment is not germane to the original bill and will most likely be ignored.