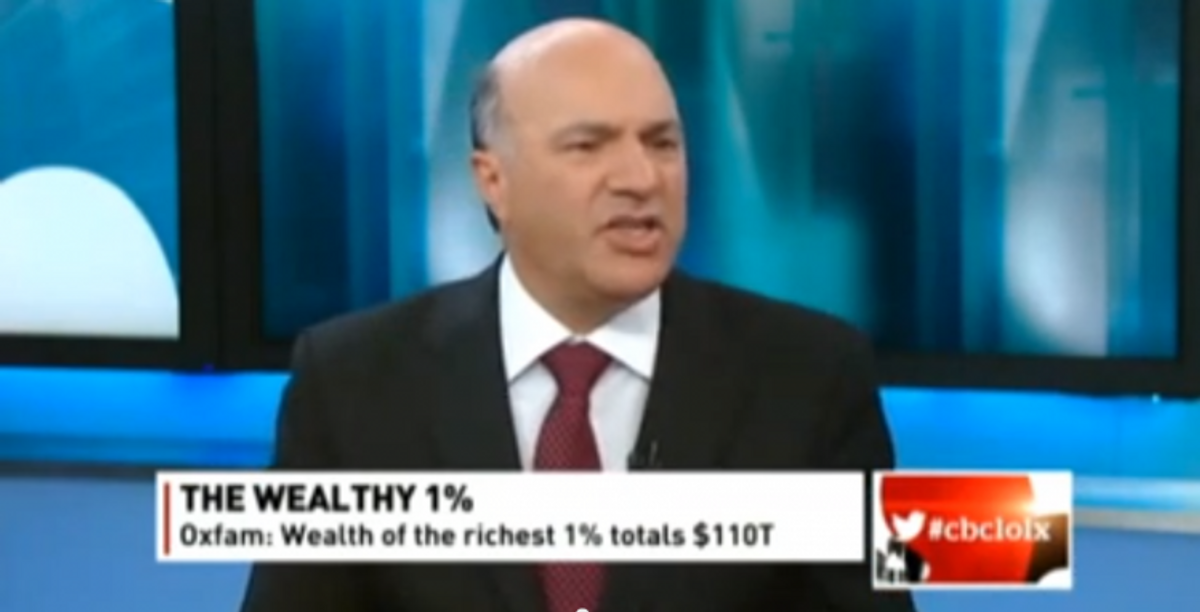 Did you see the recent report from Oxfam finding that the world's 85 richest people had more wealthy than the world's 3.5 billion — with a B — poorest people?

Businessman and reality TV performer Kevin O'Leary (he of "You didn't read the piece, did you?" fame) sure did. But his reaction wasn't quite the same as that of most.

Rather than mull the potential moral and political downsides of a global economic system that concentrates so much wealth and power in the hands of so few people, O'Leary took the Oxfam report as reason to celebrate the transformative powers of capitalism.

Speaking on his Canadian television show, "The Lang and O'Leary Exchange," O'Leary argued that the Oxfam report was "fantastic" and "a great thing."

"[I]t inspires everybody, gets them motivation to look up to the one percent and say, 'I want to become one of those people, I’m going to fight hard to get up to the top.' This is fantastic news and of course I applaud it. What can be wrong with this?"