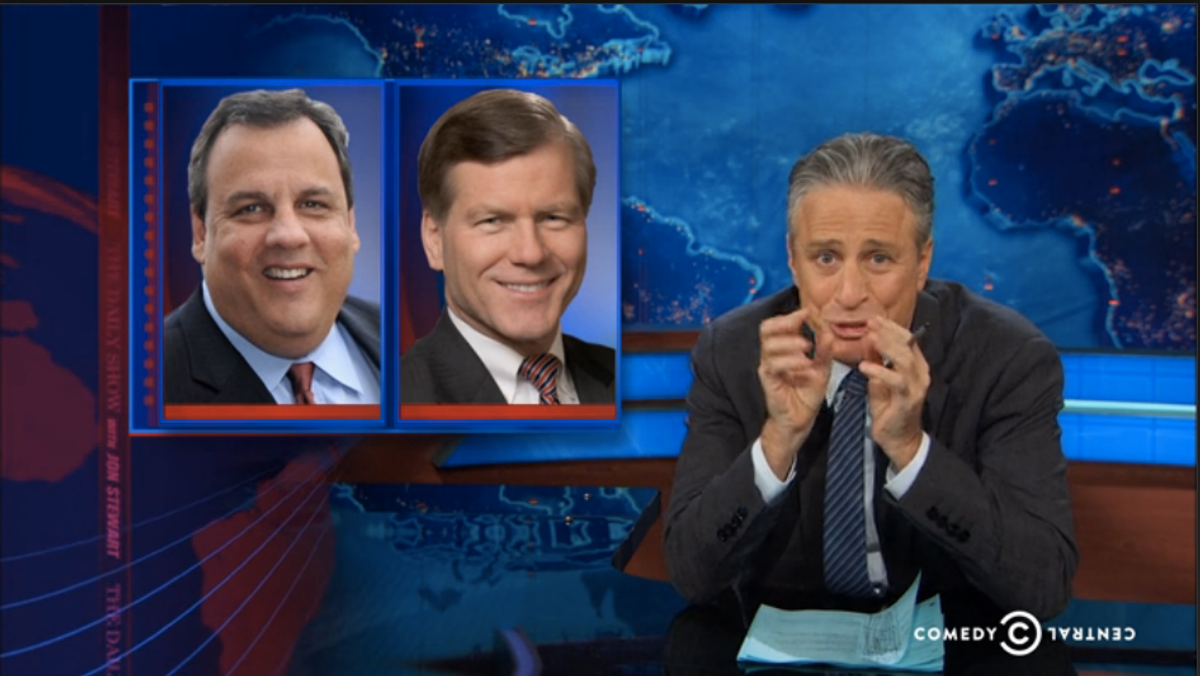 What's worse, Jon Stewart wondered on Wednesday's "The Daily Show": Exacting vengeance on the people of your state (in the form of bridge closures and allegedly withheld disaster relief funds) when their representatives don't go your way or taking nearly $200,000 in money and gifts from a drug company in exchange for promoting the company's products?

Stewart runs down the awful list of what New Jersey Gov. Chris Christie and former Virginia Gov. Bob McDonnell did wrong, then turns his attention to the hypocrisy of McDonnell -- who preached fiscal responsibility and "hard choices" for the people of Virginia while personally accruing an "unconscionable" amount of credit card debt.

In the end, the contest of who out-terribled the other ends in a draw. There's enough public shaming and federal investigations to go around, I guess.