Republicans' revisionist history: What GOP gets wrong about LBJ's "war on poverty"

Marco Rubio and his ilk insist it was a colossal failure. But the aim was never to eradicate poverty completely 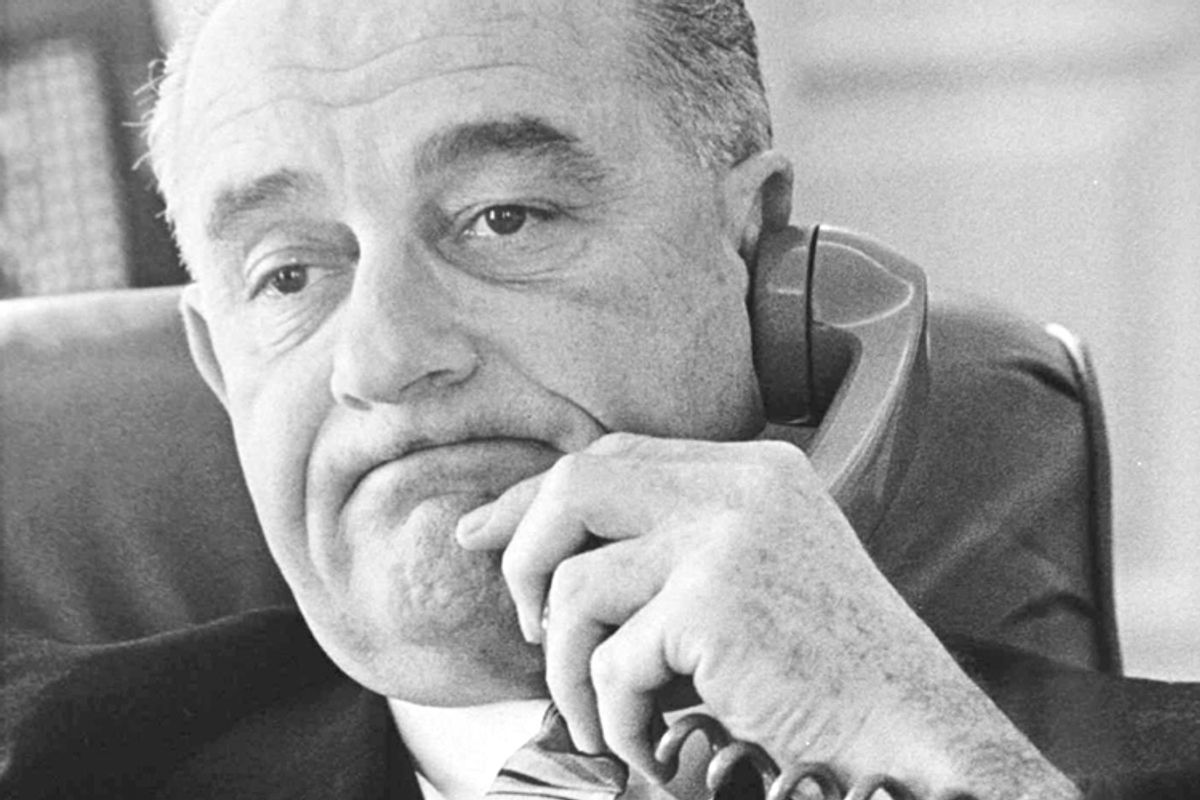 Recently, Republicans appear suddenly interested in the plight of the poor, but only as an excuse to attack the government. They hope to take advantage of the 50th anniversary of President Johnson’s War on Poverty and inception of Great Society programs to restate their view that the poor should rely on the free market and pull themselves up by their bootstraps.

Democrats on Capitol Hill have a new and unexpected ally, or at least have found a powerful moral voice whose statements seem to support their traditional efforts on behalf of the poor in Pope Francis.

In his first apostolic exhortation, which he released in November, the new Pope criticized trickle-down economics and the “dictatorship” of the market, which, he says, has excluded many people and especially offends the dignity of the poor as humans. The Pope’s remarks are being noticed. In some cases his arguments are being invoked by policymakers.

What does the GOP stand for?

John Feehery, a Republican strategist, asked the right questions for the GOP: “What Francis is saying goes to the soul of the party. What does the party actually believe in? What is its purpose? Is it just to have unbridled capitalism without any moral core?”

The same questions are pertinent for the government as a whole. Has the GOP lost its moral core?

In response to the Pope’s criticisms of trickle-down theory, Rep. Paul Ryan, a Catholic, said dismissively, “The guy is from Argentina. They haven’t had real capitalism in Argentina,” with the implication that the Pope doesn’t know what he is talking about.

Mr. Ryan was the author and architect of a proposed draconian budget that would have dramatically curtailed the social safety net. It drew strong criticism from Nuns on a Bus during the 2012 election campaign, and voters rejected it in the form of voting down the Romney-Ryan presidential ticket.

Still, Republicans have relentlessly pursued a policy of punishment for the poor, voting to cut $40 billion out of food stamps in 2013.

Open your hand freely to your poor

Republicans seem to like to quote the Gospel of Matthew 26:11, in which Jesus says: “The Poor You will always have with you, but you will not always have me.” The quote is misused to imply that alleviating poverty is a waste, on the grounds that poverty cannot be eliminated.

But in Matthew’s Gospel, Jesus is alluding to the text of Deuteronomy 15:11. His listeners would know the reference and should understand the reference in light of the full text: “The land will never lack for needy persons; that is why I command you: Open your hand freely to your poor and to your needy kin in your land.”

To conclude from the first part of the statement that the poor should help themselves, pull themselves up by their bootstraps and rely on the free market is not only wrong but also contrary to the commandment in the Biblical text.

Fifty years ago, in 1964, President Lyndon Johnson declared “unconditional war on poverty” in America, recognizing the injustice of unnecessarily high rates of poverty among working Americans, and stating emphatically that the government could and should play an important role in safeguarding all citizens, including the poor.

He urged that the government should extend opportunity to all and expand opportunity for all. The backlash against government effort on behalf of the poor, characterized as “big government” and derided as wasteful and ineffective, started almost right away and continued with a rising pitch.

Has poverty won the war?

In 1981, President Ronald Reagan mocked the programs, saying, ”We waged a war on poverty and poverty won.” Just last week, Senator Marco Rubio said that after fifty years, it was time to declare the war on poverty “a failure”, because it had not eradicated poverty.

But the Republican position is wrong on two counts:
1. The Great Society did not aim to eliminate poverty, but to alleviate it, in an era when large parts of the country still weren’t even electrified; and
2. The Great Society had a spectacular record of success, especially in its first decade, before the Republican backlash against it began and persistent efforts to under-fund it commenced.

Unfortunately, the Republican strategy of government-by-blackmail has all too often resulted in the implementation of damaging policy.

In 1999, President Johnson’s former special assistant for domestic policy Joseph Califano, whose purview was the Great Society programs, published a comprehensive article in the Washington Monthly, detailing extensively the successes of the programs.

This included the following important facts a decade and a half ago: from 1963 when Lyndon Johnson took office until 1970 the percentage of Americans living below the poverty line dropped from 22.2% to 12.6 percent, the most dramatic decline over such a brief period in this century.

Eleven of the 12 programs that OEO launched remain in operation and in 1999 were well- funded at an annual rate exceeding $10 billion.

Califano notes that War on Poverty programs, such as “Head Start, Job Corps, Community Health Centers, Foster Grandparents, Upward Bound … Green Thumb … Indian Opportunities … and Migrant Opportunities … were all designed to do what they have been doing: empowering individuals to stand on their own two feet.”

The government really can help. Republicans and Democrats alike at the State and Federal levels should work together to help Americans help themselves.