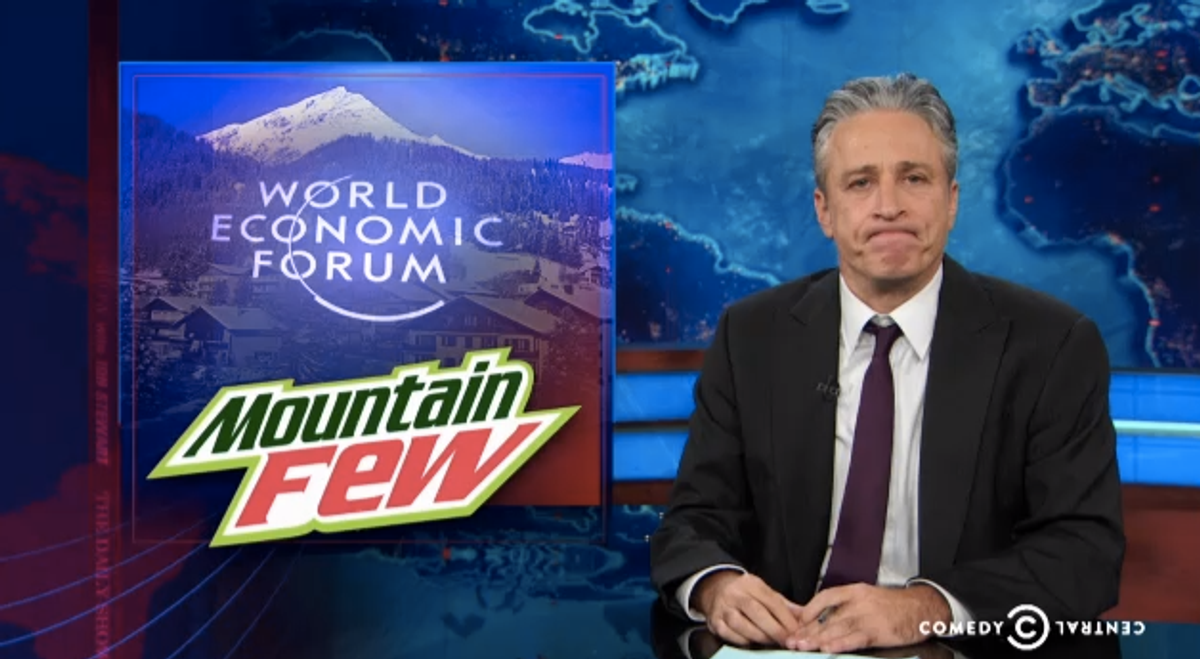 Here's a jaw-dropping statistic you may have read about recently: Eighty-five people hold nearly half of the world's wealth.

Oxfam's galling report, released Monday, comes just as the global elite descend upon the Davos ski resort in Switzerland for the World Economic Forum, where they are discussing income inequality.

While some have pointed out the hypocrisy of rich people talking about poor people while doing rich-person-things -- like skiing and smoking cigars -- CNN's Richard Quest doesn't see anything absurd about it.

"I believe the real hypocrisy are the poor people who say they care so much about income inequality, but couldn't be bothered to come to Davos!" said Stewart, adopting a British accent while mocking Quest. "Shows lack of commitment."

Remarking on the appalling statistic, Stewart exclaimed, "Eighty-five people have the same amount of wealth as the population of China, India, and all of Africa and Australia. Eighty-five people! There's more people in Arcade Fire than that!"