The rapid decline of Dinesh D'Souza 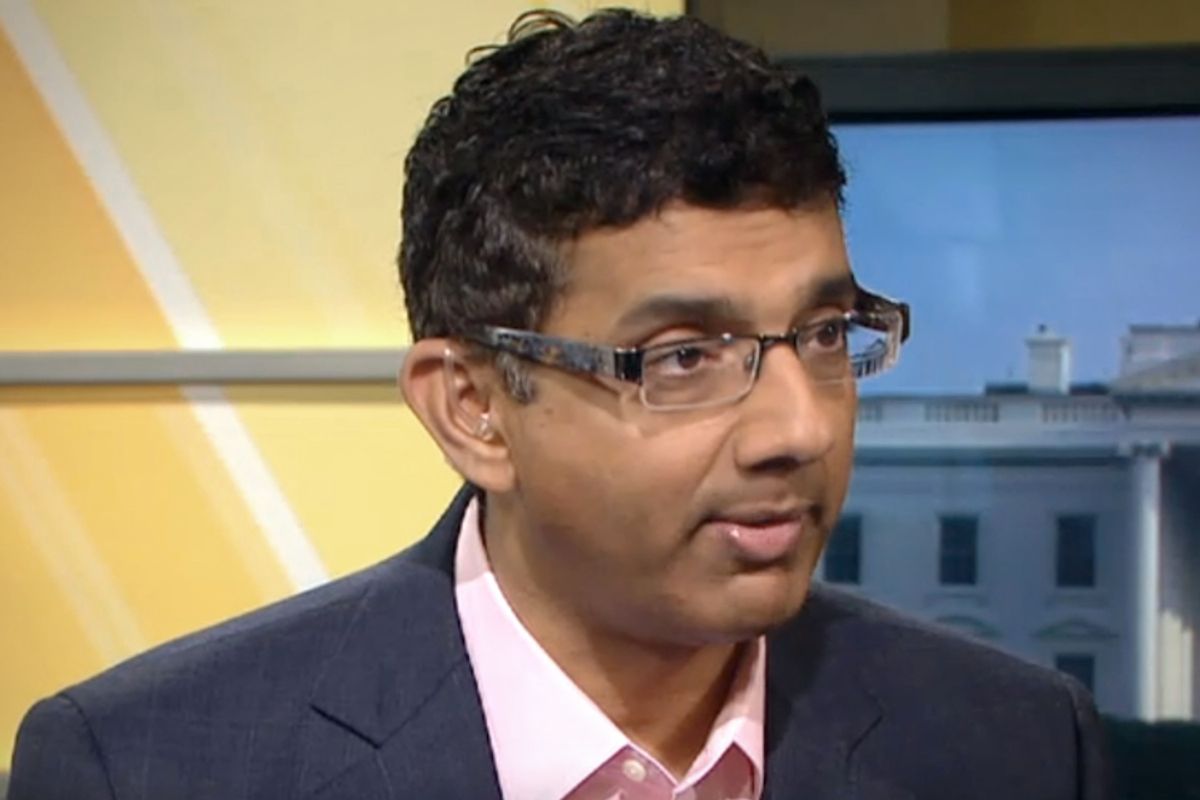 Dinesh D'Souza, the right-wing author, pundit and filmmaker, was indicted Thursday night for campaign finance fraud. According to the indictment, D'Souza, in support of his college friend's challenge to Sen. Kirsten Gillibrand, had attempted to circumvent the $5,000 limit for individual donations by having other friends of his donate, too, and then reimbursing them later. It may be the low point of D'Souza's life and career.

We say "may be" rather than "definitely is" because of the simple fact that, for much of the past two years, D'Souza's time on this planet has been filled with ignominy and failure. As the Daily Beast's David Sessions notes, D'Souza went from riding high on the success of his very profitable (and racist) "documentary" — "2016: Obama's America" —  to being forced to resign as president of King's College, an evangelical school in New York City after becoming engaged with one woman while he was still married to another.

Yet even "2016" would come to bring D'Souza trouble. David Sain, the producer of the film, ultimately sued D'Souza, claiming the pundit had done a poor job managing the movie's finances and had also kept producers and other stakeholders in the dark when it was time to make decisions about distribution and marketing. The lawsuit was eventually tossed by a judge, but the blemish on what was previously an absolute success was yet another bump on D'Souza's as of late very rocky road.

More from Sessions at the Daily Beast:

D’Souza’s departure from the King’s College was the symbolic end of his career in the institutional conservative movement, which had grown increasingly exasperated with his string of conspiratorial books that failed to live up to his reputation as a star of conservative scholarship. (One advanced the notion that America’s moral decadence led to 9/11; another launched the meme, which has long since become a political punch line, that Obama was a “Kenyan anti-colonialist.”) D’Souza’s tenure at the King’s College was fraught with conflict, as some faculty members viewed him as a name-brand hire who lacked appropriate academic credentials and who was more interested in his own money-making projects than in fundraising for the college.

The conflict came to a head in October, when the evangelical magazine World alleged that D’Souza had shared a hotel room with Denise Odie Joseph, a young woman who had written a fawning blog about about him, and introduced her as his fiancée despite still being married. The college had apparently been aware of D’Souza’s marital problems, but decided to end its relationship with him once news of the scandal engulfed the school.