Amid fears of terrorism, the Sochi Olympics have ushered in the latest evolution of the modern surveillance state 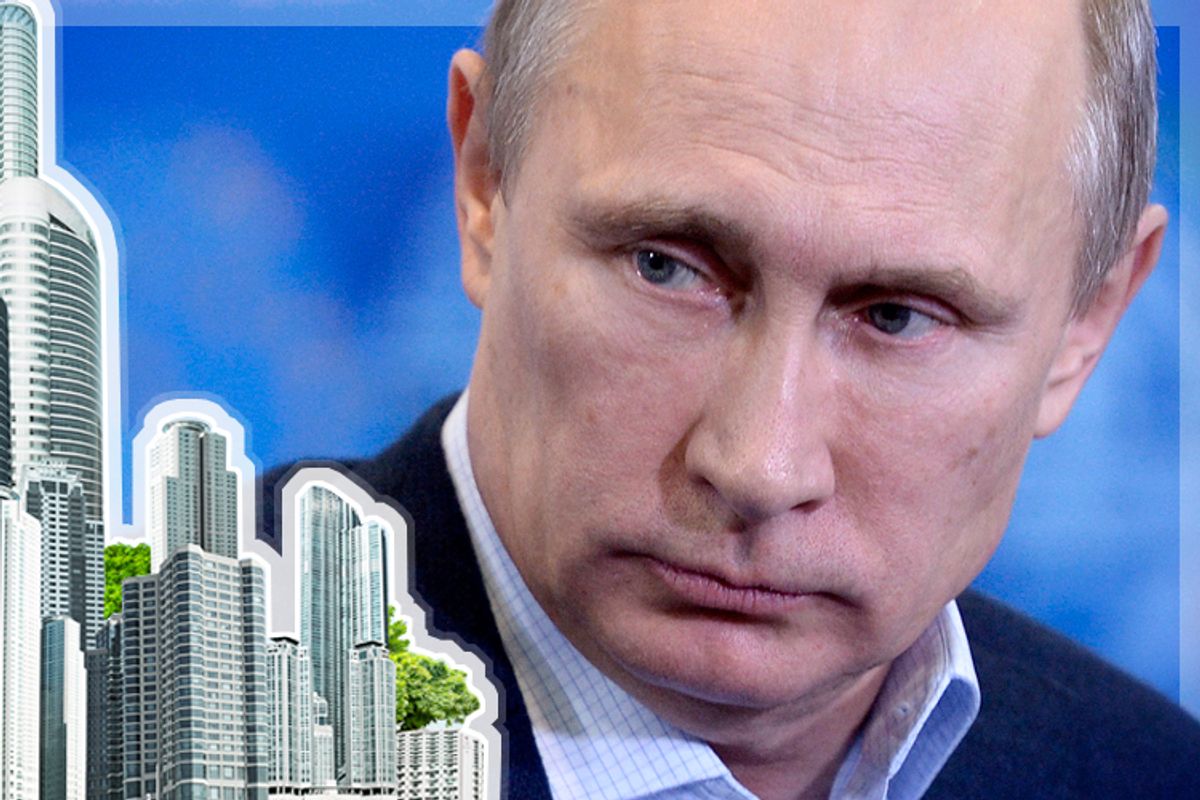 The records are supposed to be set on the slopes at Sochi, not on the spreadsheets. But Vladimir Putin’s 2014 Winter Olympics, which begin on Feb. 7, are already an extraordinary event by several measures.

First, the Sochi Games are the most expensive in history. At $51 billion, the expenditure has exceeded even Beijing’s 2008 festivities ($40 billion), though more than four times as many athletes compete at the Summer Games.

Second, Sochi is the warmest city to hold the Winter Olympics. (Hence the goofy motto, “Hot, Cold, Yours.”) Weather forecasts for Sochi, one of Russia’s few subtropical cities, predict highs in the 50s. Hence also the cost: $10 billion has gone into the construction of a 30-mile highway-cum-railroad that will connect Adler, the temperate coastal site of the skating competitions, with Krasnaya Polyana, the sleepy mountain town transformed, over the past seven years, into a ski resort. With 45 bridges, 12 tunnels and corruption around every turn, this thoroughfare is the most expensive construction contract in Russian history, and by itself costs more than the entire 2010 Winter Olympics in Vancouver ($7 billion).

Lastly, there is the extensive security force surrounding the event, which will include upwards of 60,000 personnel — one for every six residents of Sochi, and more than the 53,000 foreign spectators expected to attend. When all is said and done, it could mark history’s most concerted effort to install a comprehensive security system in a free city.

According to the latest figures from Russia’s Interior Ministry, the 1,500-square-mile “Ring of Steel” surrounding Sochi is composed of the following human elements:

It’s the largest security force ever provided for the Olympics. Enabled by a perfect storm of terrorist threats, autocratic government and limitless resources, the system is certainly more extensive that what might be possible at a similar event in the U.S. or Europe.

In addition to metal detectors and X-rays at various checkpoints, Sochi has been equipped with tens of thousands of cameras. Russia has banned all vehicles not registered in the region. Russian visitors, like their foreign counterparts, must register with police within three days of arrival. The Pentagon has sent two warships to the Black Sea (to join four Russian Grachonok boats), has promised air support and is considering sharing technology used to disrupt remote detonators. Anti-ballistic missiles and underwater machine guns stand at the ready.

“It’s almost like Sochi has been turned into an independent state,” said Mark Galeotti, a specialist in security affairs and modern Russia, who teaches at NYU. “It is an extremely extensive control zone."

On Wednesday, I spoke to Andrei Soldatov, a Russian investigative journalist who broke the biggest security story of the Sochi Olympics: SORM, the Russians’ virtual surveillance system. The Russian FSB (successor to the KGB) will monitor all communications between spectators, journalists, athletes and anyone else who visits (or lives in) Sochi. The U.S. State Department has warned business travelers to be careful with sensitive information, which “may be taken and shared with competitors, counterparts, and/or Russian regulatory and legal entities.” One security expert said SORM was like “PRISM on steroids.”

“There’s not public outcry about these measures,” Soldatov said. “After every big terrorist attack, like Volgograd,” — where suicide bombings killed 34 people last month — “Russian society approves half-measures. And metadata seems quite innocent in comparison to what was proposed.” In October, for example, the lower house of the Russian Parliament approved a law to hold the relatives of terrorists financially responsible for crimes. Muslim women in nearby Dagestan say they have been asked to provide saliva samples to the FSB so that their body parts may be identified in the event of a suicide bombing.

In many ways, the level of precaution is unique to the dangers of Sochi, required by Russia’s active struggle with terrorism and contingent on its cavalier attitude toward civil liberties.

A few miles to the south of Sochi is Abkhazia, which Russia — along with Venezuela, Nicaragua, Nauru and Tuvalu — recognizes as an independent country; the rest of the world considers it part of Georgia. To the east, over the mountains, lie North Ossetia, Chechnya and Dagestan, Muslim regions with a bloody history of resistance to Russian rule. “Imagine holding the games in Kabul,” an American official told The Economist. This summer, the Chechnyan militant Doku Umarov threatened the upcoming games in a video message, which experts say is the first direct, credible threat against the Olympics in history. There are reports that Umarov has been killed; men and women suspected of sharing his ideology are actively being hunted in Sochi. The police are passing out fliers for Ruzanna Ibragimova, a “black widow” who is rumored to be inside the “Ring of Steel.”

"Putin and the IOC,” Sally Jenx writes in the Washington Post, "have chosen to host an Olympics on the edge of a war zone."

But security at Sochi should not merely be considered a product of local geography and politics. The Olympics are also in dialogue with global events, ranging from the World Economic Forum at Davos to the Super Bowl, as security planners watch and learn from their peers. The paramilitary atmosphere is not qualitatively removed from that of the London Olympics, or what spectators may experience at the Boston Marathon this April. Can it succeed in protecting the event from a tragedy? And to what extent will the following Games be obliged to imitate its policies?

Soldatov believes that Sochi’s outspoken endorsement of drone surveillance, for example, firmly establishes that tactic in the international event planning toolkit. (Though there was much talk of drones in London, the Met Police can “neither confirm nor deny” if drones were used at Olympics two years ago.) Another Sochi innovation: the Spectator Pass, a sort of Olympic passport required in addition to tickets, which restricts admission to pre-registered guests.

Other observers are less impressed by Sochi’s security innovations. “We’re going into the realm of big data,” said Scott Stewart, an analyst at the geopolitical intelligence firm Stratfor. “Certainly things like this have happened in the past. What surprises me is how open they’ve been about it.”

Indeed, Russia has been both uncharacteristically talkative about its security procedures, while at the same time sensitive to the claim that the Games will take place in a stifling fortress city. “The city of Sochi will not be like a concentration camp,” an FSB spokesman told the media in October, comparing the games favorably to their predecessors in London. “Daily life inside [controlled] zones will be no different from normal.”

That’s not quite the picture that Soldatov, who had recently returned from the area, painted of Sochi. Between the frequent checkpoints and heavy security presence, the area was a cross between a city and a military base, he said.

If that doesn’t sound like the ideal setting to let your worries dissolve in the glories of sport, the progress of the international security industry is working in your favor. “One of the reasons Russians have to deploy such massive numbers of forces is because qualitatively they’re so-so,” Galeotti noted. “They have to rely on redundancy to get around challenges of corruptions and inefficiency.”

Sochi, in other words, is setting records the old-fashioned way: men with guns on the street. Generally, it’s the security you can’t see — facial recognition software, aerial drone surveillance, mobile phone interception, metadata — that forms the cutting edge of international event planning. That may be more intrusive than 60,000 armed guards, security checkpoints and sealed-off highways, but it will certainly be less visible.