Rand Paul: "If there was a war on women, I think they won" 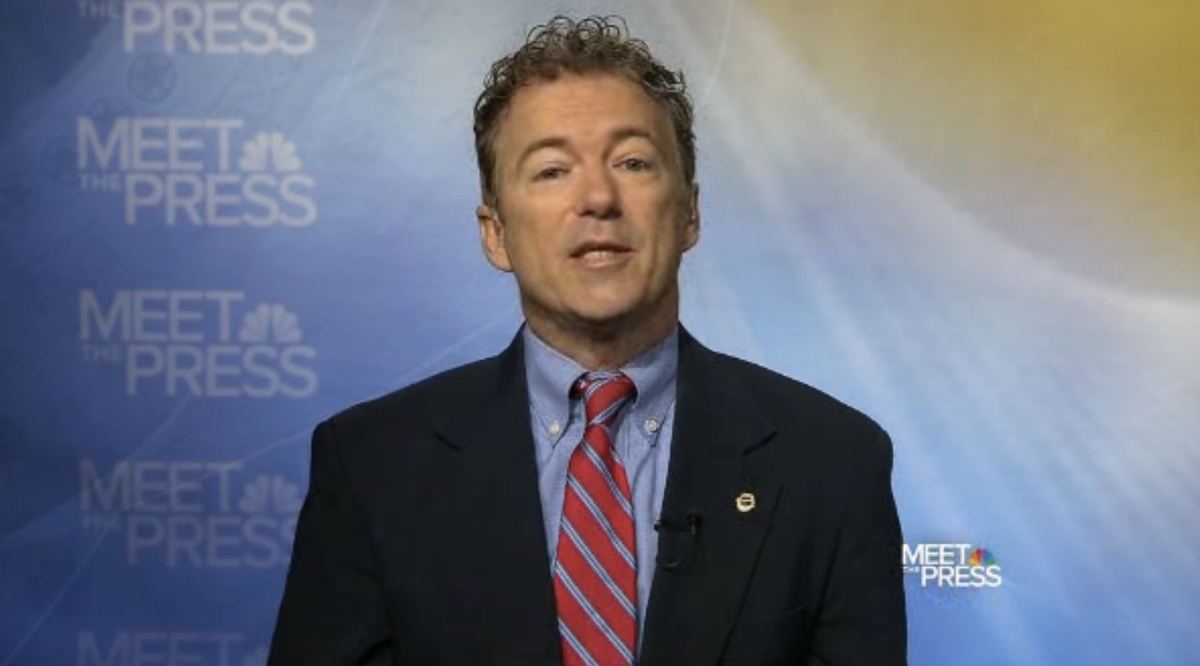 Rand Paul doesn't believe the GOP is waging war on women anymore, if they ever were, because there are more women succeeding in the professional world these days. Speaking on Meet the Press Sunday morning, the Kentucky senator and potential 2016 presidential candidate neatly sidestepped issues of reproductive rights while exposing the Republican war on women as an overblown liberal hoax. Need more proof? All the women in his family are doing great:

This whole sort of war on women thing, I'm scratching my head because if there was a war on women, I think they won.  You know, the women in my family are incredibly successful. I have a niece at Cornell vet school, and 85% of the young people there are women.  In law school, 60% are women; in med school, 55%.  My younger sister's an ob-gyn with six kids and doing great.  You know, I don't see so much that women are downtrodden; I see women rising up and doing great things.  And, in fact, I worry about our young men sometimes because I think the women really are out-competing the men in our world.

Paul was responding to comments made last week by Mike Huckabee who, speaking at the Republican National Convention, characterized Democrats' position on contraception as suggesting to women that “they are helpless without Uncle Sugar coming in and providing them a prescription each month for birth control because they cannot control their libido or their reproductive system without the help of government.”

When host David Gregory pushed Paul to comment on whether it was appropriate for the Republican party to be so over-concerned with women's bodies, Paul replied, "I try never to have discussions of anatomy unless I'm at a medical conference."

Check out the segment below: