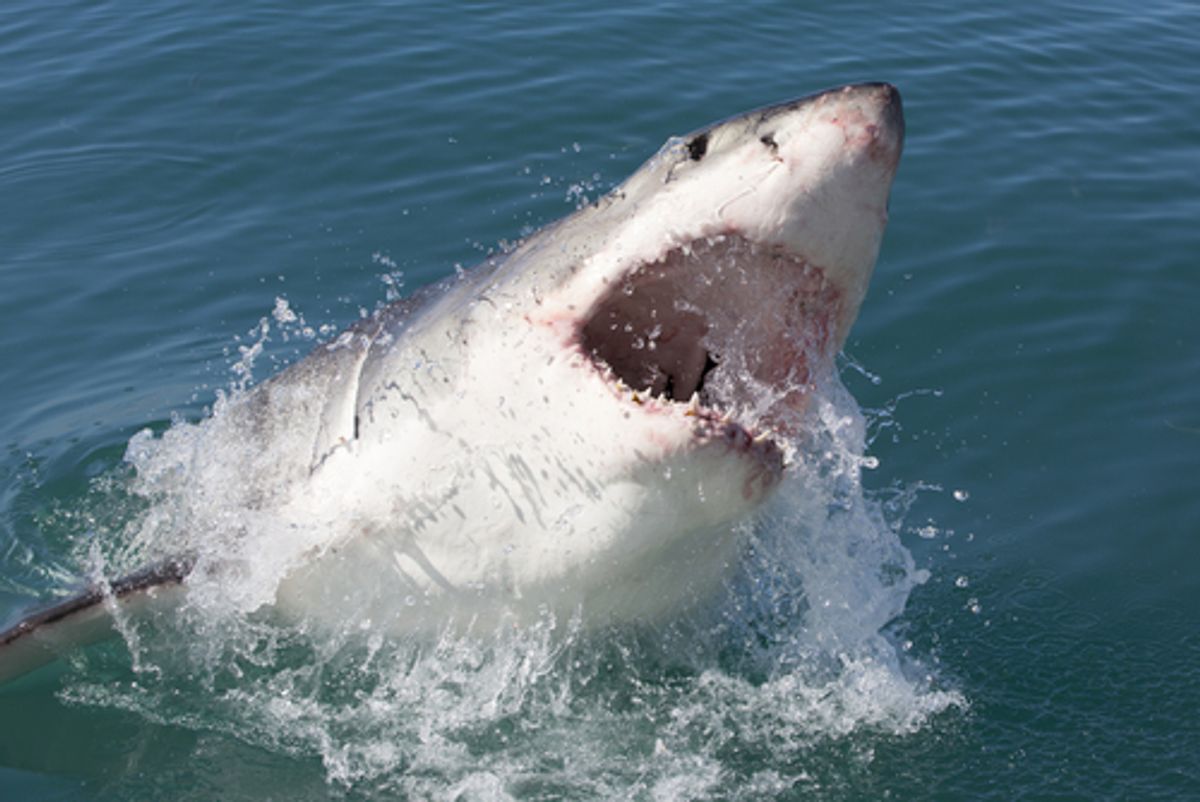 Because getting sharks to tweet their location apparently wasn't enough to prevent attacks, Western Australia's moved on to a controversial new policy of attacking back. On Sunday, the government claimed its first victim: a large female tiger shark, caught on a baited hook, was shot four times in the head, dragged out to sea and dumped.

Not even protected species are safe. Last week, the federal government granted state authorities a special exemption from environmental laws, allowing white sharks over 10 feet long to be targeted along with bull and tiger sharks. The approval cited "substantial public concern" over an above-normal spate of fatal attacks -- 7 in the past 3 years.

Environmentalists, though, argue that the cull is no way to prevent attacks, and represents a missed opportunity to better understand them. Some activists claim to have been sabotaging the operation by removing bait from the lines set up to capture the sharks.

"How can we condemn Japan for the indiscriminate killing of whales and dolphins, and do this to our precious protected marine life here in Australia?" said Jeff Hansen, the managing director of Sea Shepherd Australia. The commercial fisherman contracted to kill the shark said it died quickly, but Hansen referred to the methods used as "utterly cruel and inhumane."