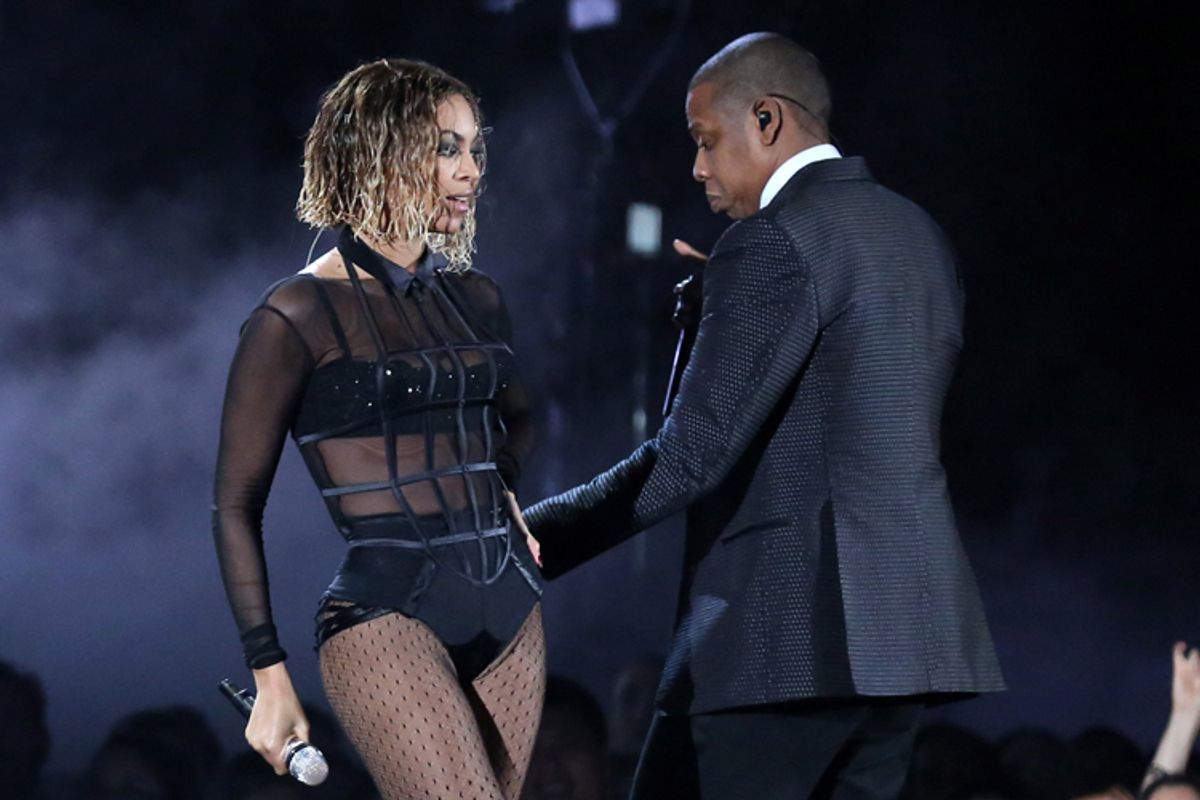 Jay Z and Beyoncé, performing "Drunk in Love" at the opening number of the Grammys, made a predictable and predictably strange reference to the abuses suffered by Tina Turner.

"Eat the cake, Anna Mae!" Jay Z sings in the couple's paean to the sexual satisfaction they enjoy together. That line and Jay Z's reference to himself as "Ike Turner," as many have remarked since the December release of Beyoncé's self-titled album, bring back uncomfortable memories of the biopic "What's Love Got to Do With It," in which Ike Turner forces cake into Tina Turner's mouth so that they can celebrate her career.

It's a particularly surprising lyric since Jay Z's support of Beyoncé's career success -- which, much like Tina Turner's, has surpassed her husband's -- is unconditional and seemingly freely given. (Further, Beyoncé performed with Tina Turner at the 2008 Grammys, referring to the "Proud Mary" singer as a "legend" and "the queen.")

Maybe it shouldn't be that surprising. There's been at least one other recent reference to a legendary figure's onscreen abuse in rap music, when Nicki Minaj rapped that she was a successor to Oprah Winfrey then urged "Harpo to hit me." (Harpo is both Winfrey's production company and the name of the character that beats Winfrey's character in "The Color Purple.")

Further, Beyoncé and Jay Z have been playing out their (real or fictional) relationship tensions at least since the 2007 release of "B'Day," an album that contains "Ring the Alarm" (about an unnamed partner cheating) and "Irreplaceable" (about a breakup) and ends with "Resentment" (again about an unnamed partner cheating). The last time Beyoncé got a Grammys performance, it was to belt Alanis Morissette's "You Oughta Know" while Jay Z watched from the audience. It would seem that alluding to mistreatment on the public stage is just one way they keep it fun -- or keep their relationship universally accessible to fans looking to extrapolate from their music a universal message. As Beyoncé's music has grown more baroque, so too have the references.