Macklemore and Madonna's mass wedding at the Grammys

The Macklemore/Madonna performance incorporated a group wedding of 33 couples 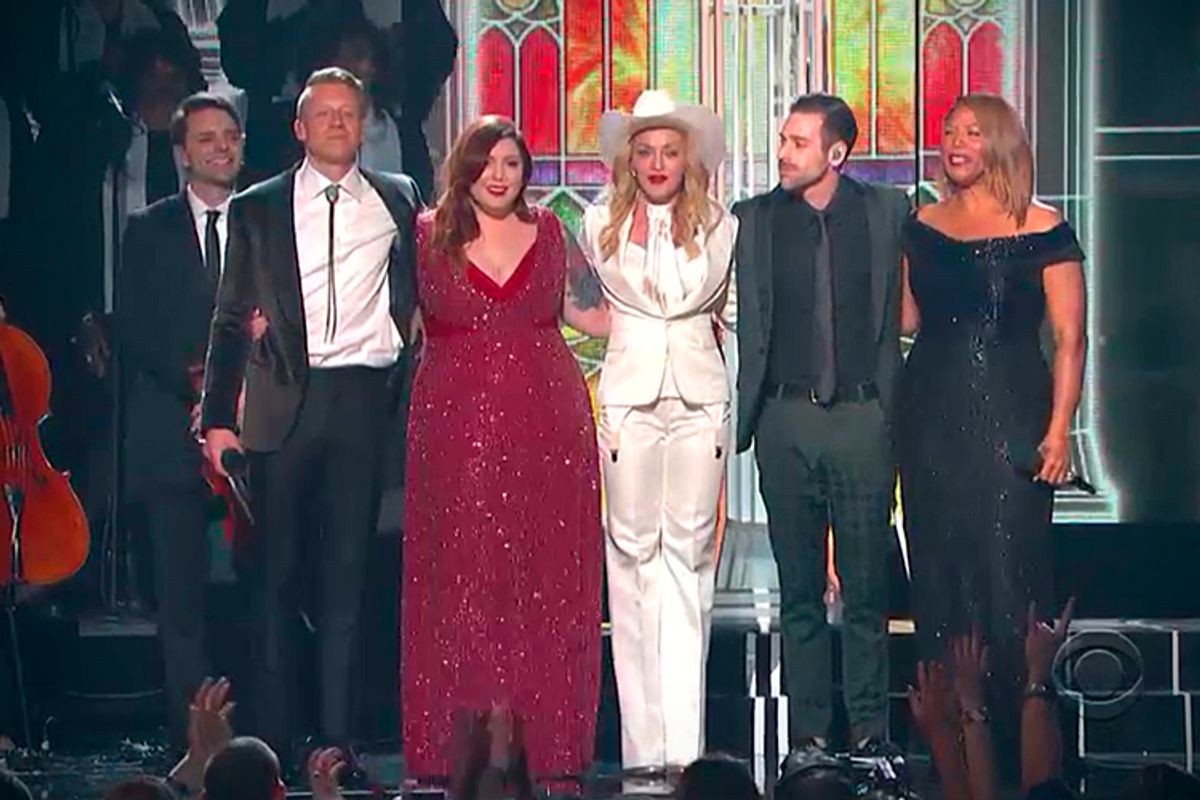 Macklemore could be said to be leading a movement.

The rapper led a mass wedding during his performance of "Same Love," a song explicitly about marriage equality. "Same Love" lost the the Song of the Year award, but was thought to have been nominated precisely because of a message that was hammered home tonight.

Macklemore's collaborators were alternately surprising and not: Madonna's presence at the Grammys had been rumored all week, and the pop singer is famous both for her (occasionally opportunistic, as when she "discovered" voguing) advocacy on behalf of the gay community, and her strategic alliances with new stars.

It's truly surprising that Mary Lambert would not be elbowed out of singing the hook on her own song; the only actual gay person involved in the song, Lambert was overshadowed by hired gun Jennifer Hudson at August 2013's Video Music Awards, but Madonna graciously allowed Lambert her own song, singing classic "Open Your Heart" as the couples embraced.

Queen Latifah, whose history with her own sexuality in public is somewhat tortured, introduced the performance and proclaimed the couples wed without saying much of anything. In the end, some 33 couples got married -- their story overshadows Macklemore's, or Latifah's.