Rand Paul: "Maybe we have to say enough’s enough" to single mothers who receive benefits 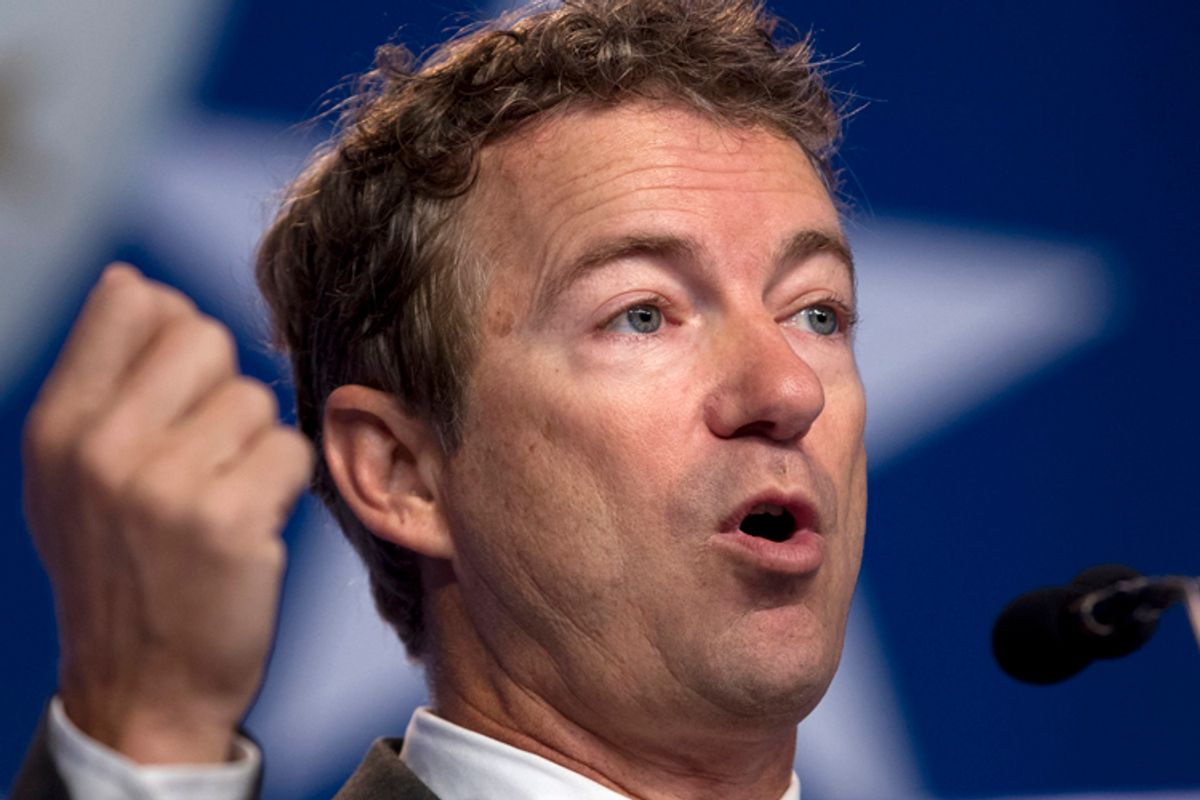 At a recent luncheon in Lexington, Ky., Rand Paul mused that, "Maybe we have to say ‘enough’s enough, you shouldn’t be having kids after a certain amount,’” to single mothers who receive government assistance.

Paul believes that requiring employers to provide comprehensive health coverage -- including contraception benefits -- to employees is a violation of "religious principles" and "economic freedom," opposes legal abortion, and believes in extending full personhood and constitutional rights to fertilized eggs. Paul also wants to abolish the Department of Education, which would eliminate funding for programs that support low-income families. As Hamilah Abdullah at the Lexington Herald Leader notes, programs to be cut would include, "Title I, which distributes funds to schools and districts with high numbers of low-income students; Pell Grants for low-income college students; and Head Start, an early childhood education program for lower-income children." Paul also does not support laws that address the gender pay gap because he believes "the market determines" what wages should be. (The list of things that Paul supports that exacerbate inequality is quite long, if you can believe it.)

Paul went on to argue that it will be "tough" to tell women -- to whom you have also tried to deny equal pay, contraception and abortion rights -- to stop having children, but would like to find a way to "get that message through."

“I don’t know how you do all that because then it’s tough to tell a woman with four kids that she’s got a fifth kid we’re not going to give her any more money,” he continued. “But we have to figure out how to get that message through because that is part of the answer. Some of that’s not coming from government. It needs to come from ministers and people in the community and parents and grandparents to convince our kids to do something different.”

Paul was asked to explain his comments Sunday morning on CNN's "State of the Union."

“It’s not that I’m against children -- I come from a large family,” he added. “In the right context, it can lead to a great life, but in the wrong context, it really can be a burden for those who aren’t yet married.”