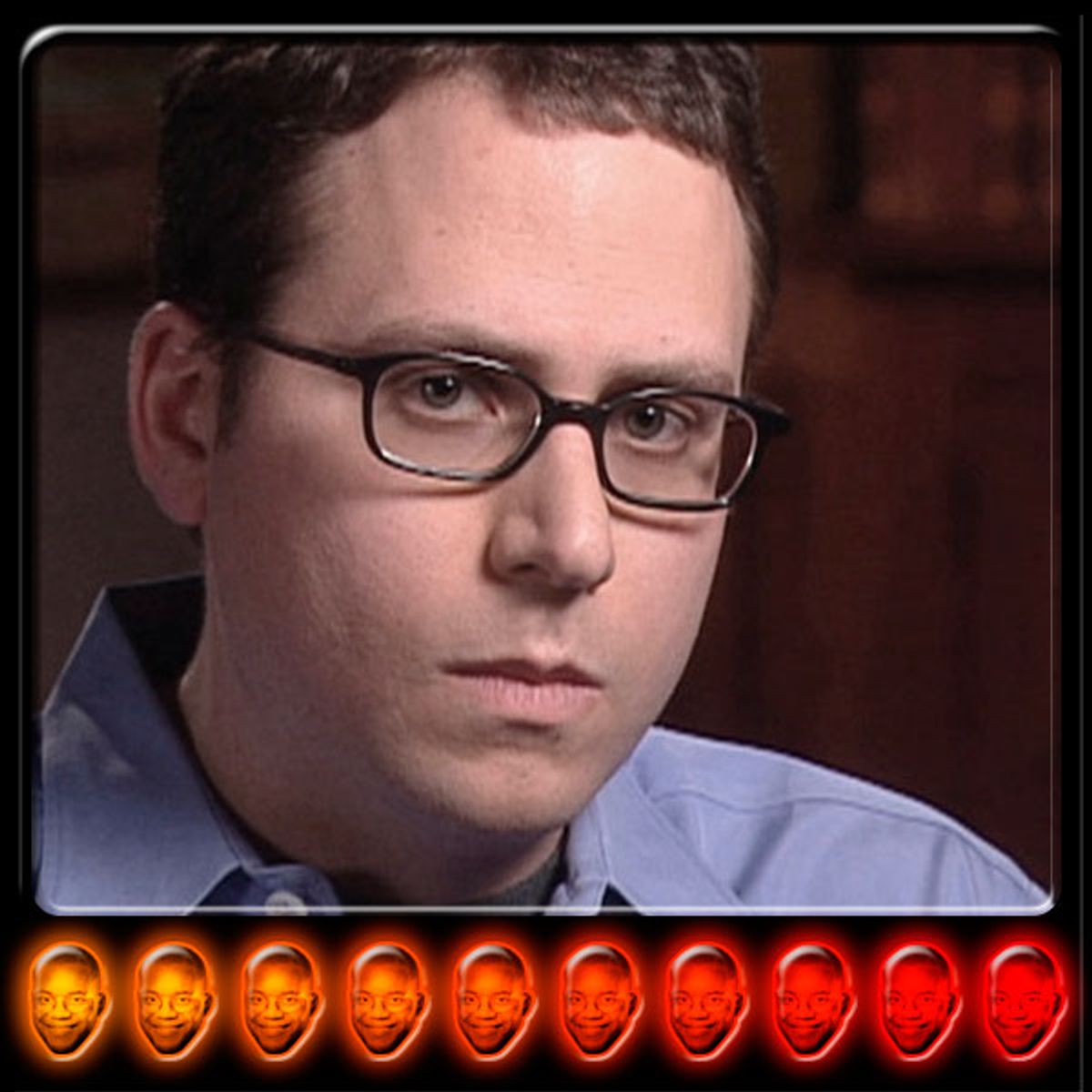 Friedrich Nietzsche had been dead for over 100 years before disgraced journalist Stephen Glass began his doomed attempt to become a lawyer. But if the philosopher were alive, surveying Glass' case in the context of the state of the legal profession today, he may well have repeated his famed aphorism about morality and law: "Morality," Nietzsche wrote, "makes stupid."

And indeed there is at the very core of Glass' rejection from the legal profession a stupidity and a morality. We may call this morality and its attendant stupidity "law." California's highest court ruled Monday that Glass is not "morally fit" to practice law, having been exposed in 1998 for fabricating a number of magazine articles. What this tells us about law and morality is significant.

Glass' decade-plus-long attempt to resurrect himself as a lawyer -- graduating from Georgetown Law Center and passing the California bar -- offers an ultimately disturbing fable in the history of journalism and law. Sixteen years since Glass' articles in the New Republic were scandalously revealed to have been fabricated, his attempts to redeem himself to the legal profession have once again failed. Glass, the California bar concluded, has not repented enough. The law, the ruling seems to trumpet, does not open its arms to liars. And to think the law was premised on the idea of penance and redemption.

But, of course, our legal system is not really about redemption at all. Instead, it barters in the dark arts of morality. It is for this reason that Stephen Glass' mark of Cain will not be erased while, say, John Yoo can remain a man of the law. Using legal argumentation, former-Deputy Assistant Attorney General John Yoo issued legal opinions stating that President Bush's executive power at a time of war enabled the authorization of the use of torture. Yoo may be a war criminal; Yoo, according to the the letter of the law, was correct. Indeed, as we have seen again and again, the very purpose of the U.S. judicial branch is to provide a legal framework for extraordinary actions -- consider the secretive FISA courts' enabling of vast surveillance dragnets, or the judicial rulings sought by President Obama to carry out drone assassinations.

Torture, privacy invasions, indefinite detentions, assassinations: These have all, at various moments in recent history, been codified within the legal system. One might move, then, to conclude that the law itself enables immorality (highlighting the absurdity of Glass' rejection from it on moral grounds). But this is not my conclusion. I suggest instead that the law is very moral indeed, so long as morality is construed (as I think it should be) as a game of conforming to truths conferred by the ruling order. It has been that "truth" of the war on terror that has enabled otherwise criminal acts of torture and murder to be deemed legal -- legal in service of a purportedly moral war. This is nothing new. As I've mentioned numerous times before, Lincoln relied on the legal framework of the Constitution to enable the suspension of the writ of habeas corpus on American soil along military lines.

The morality of our legal system is about a fealty to the truth determined by power -- or a set of powers. Regularly, the relevant power is the interests of capital and U.S. hegemony abroad. These are the morals of the law.

This terrain of legal morality is further confused by the infusion into the judicial system of religion. Two federal judges (Janice Rogers Brown and Clarence Thomas) have openly argued that a divine legal code underlies the Constitution and that a "higher authority" should be appealed to in making legal decisions. Their morality will certainly prove a troubling obstacle to fights for healthcare and reproductive rights in upcoming cases (as Anthony Murray highlights in the Atlantic).

So in these murky but deep moral waters of the law, we have Glass, deemed too lacking of moral character. And by the perverse logic of U.S. legal morality, there is some truth to this. As a fabricator of stories, Glass showed himself to have a lack of regard for an institution. Yes, he acted in ill-faith and self-interest with his lies. But I don't believe that's why he has been exempted from the pantheon of men of the law. The law is littered with self-interested careerists willing to put themselves above all else. But here's the difference between a Glass and, say, a John Yoo. The latter used the letter of law to enable evil. Glass went against the rules of his profession. The law makes room for evil before it will make room for rebels. The judgment this week that Glass has not yet sufficiently repented, not yet proven his moral fortitude, is a profound reflection of what gets to be moral in the eyes of the law: that is, following the rules set by the powerful. This sort of morality not only "makes stupid," as Nietzsche remarked, but makes harm, too. And Stephen Glass is just the most minor of its victims.