"I would like to take your recommended waiting period and return ... after I've had time to really think" 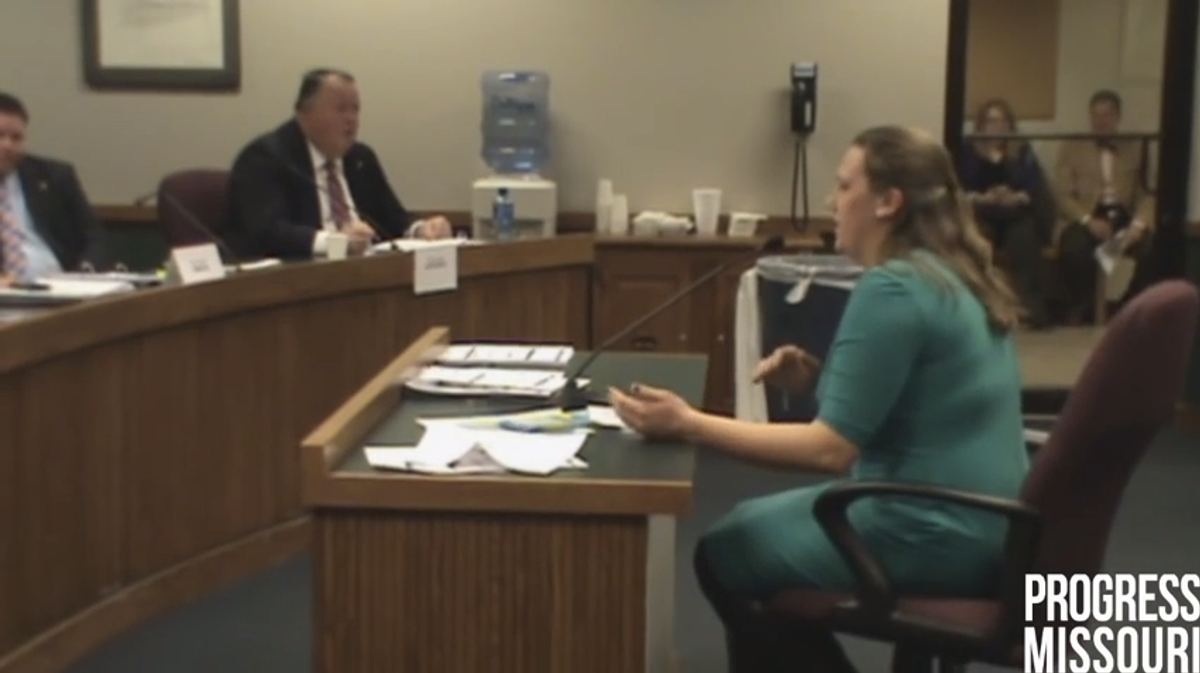 It's three weeks into the 2014 legislative session and lawmakers in Missouri have already introduced 15 new abortion restrictions, and more are already on the way.

Lawmakers in the state may extend the 24-hour waiting period women are required to face before they can access abortion care to 72 hours, joining Utah and South Dakota in forcing women to wait three full days before they can obtain medical care. (It seems worth mentioning here that Missouri has no waiting period whatsoever for purchasing firearms.)

Waiting period laws force women to make multiple trips before being able to access care. In a state like Missouri, where there is only one abortion clinic to serve the entire state, these laws require women to take off additional time at work, find childcare, and secure transportation for multiple days. They are needlessly punitive and do not change women's minds about the care they are seeking.

And like many other anti-choice initiatives, the logic behind Missouri's waiting period law is incredibly offensive. Which the women of Missouri responded to in kind while testifying against the measure.

Last week, while anti-choice lawmakers argued that women need the 72-hour waiting period to think about the decision they are making, a University of Missouri master's student told lawmakers that she would like to testify agains the measure -- but would need to wait 72 hours so they would know that she meant what she said.

"I would like you to be able to trust in my opinions," Dina van der Zalm told the committee. "Since this bill ... makes the assumption that women are not capable of making difficult decisions without the aid of politicians requiring additional time -- an additional three days -- to really think it through, then I can only assume that you're not going to legitimately listen [to] or value the opinions I would like to state today.

"I would like to take your recommended waiting period and return Monday after I've had time to really think through my decisions," she continued. "I'm pretty sure of how I feel. I'm pretty sure it's not going to change at all."

As Lindsay Toler at the River Front Times notes, the approach quickly caught on, with others saying they would give their testimony after 72 hours.