On the many dangers of methane gas 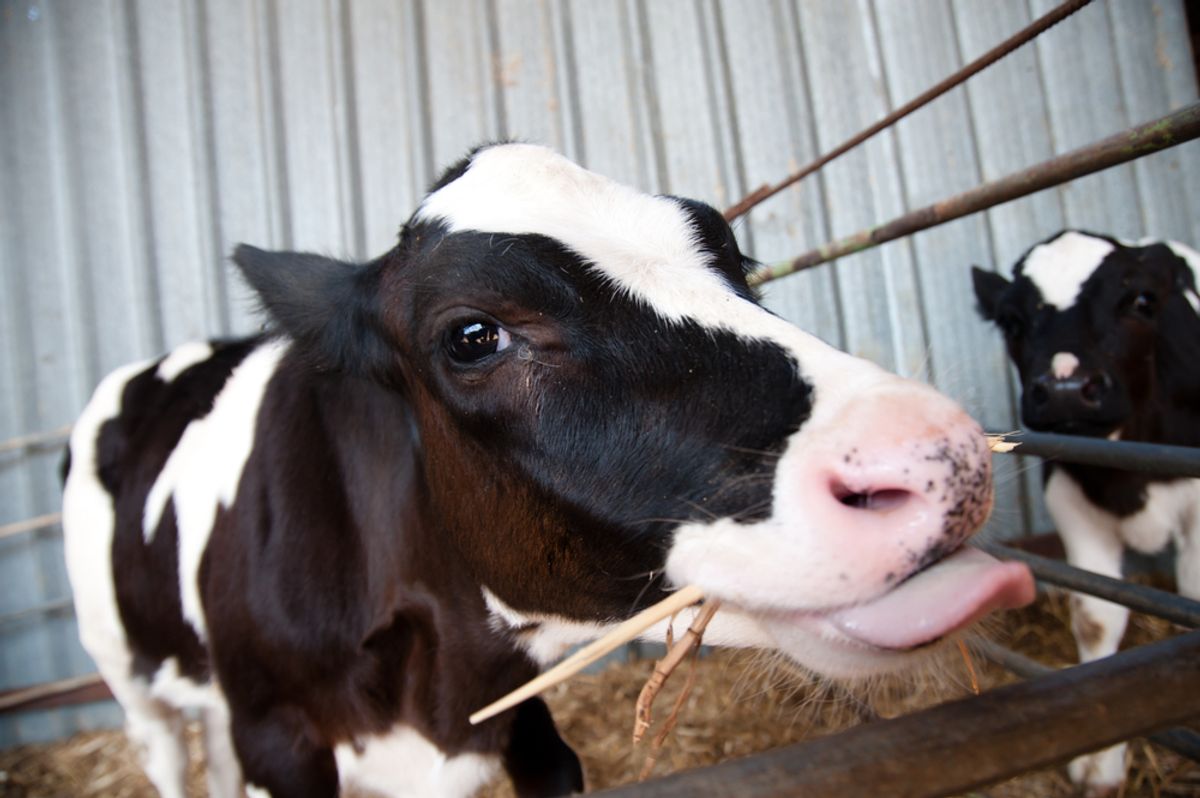 Cows, man. Their manure, belches and flatulence are a major contributor to human-caused emissions of methane gas, itself sizable contributor to global warming. They pose a more immediate danger, too, the AFP reports:

Flatulence from 90 cows in a German barn sparked a methane gas explosion that damaged the building and left one cow slightly injured with burns, police said Tuesday.

"In the barn for 90 dairy cows, methane built up for unknown reasons and was probably ignited by a static discharge, exploding in a darting flame," said local police in the central town of Rasdorf in Hesse state.

"Parts of the roof cover were slightly damaged and a cow suffered minor burns," said police, adding that a fire crew rushed to the scene of Monday's accident and a gas field crew later measured methane levels.

This doesn't appear to be viral marketing gimmick for Chipotle's new factory farming sitcom, but its trailer did kind of foreshadow this...