The crime-show legend talks to Salon about his new novel, and reveals his favorite current "Law & Order" detective 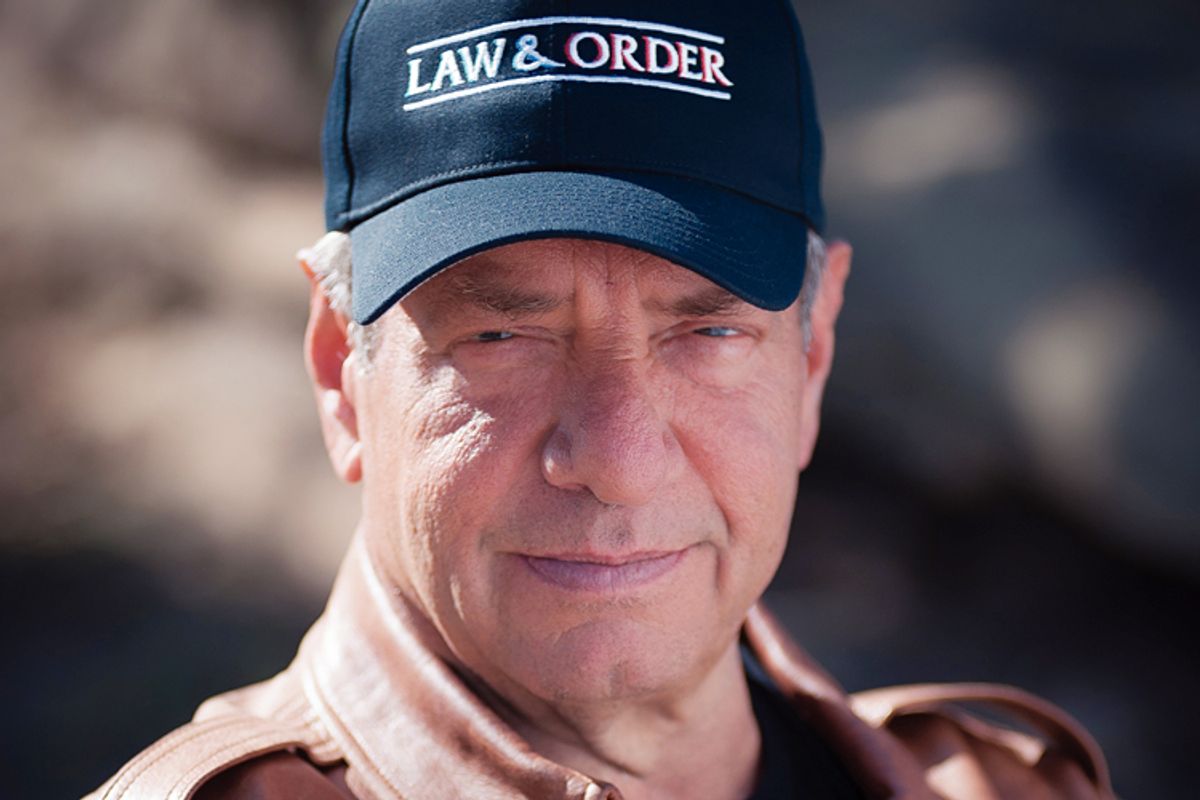 Wolf has a long history in television, beginning as a staff writer on "Hill Street Blues," then moving to "Miami Vice," and eventually creating his own shows. Recently, Wolf has taken to writing novels. In 2012, he published "The Intercept," a crime procedural-cum-spy novel that follows the escapades of New York City detective (of course) Jeremy Fisk, who works for the NYPD Intelligence Division.The plot of "The Intercept" is rather convoluted. There are jihadists and terror plots and twists and tragedies and quite a lot of attention paid to weaponry. For a debut thriller, this is all in a day’s work.

Wolf's second novel, "The Execution," was released on Jan. 6. Once again, Jeremy Fisk is in action, the story picking up where the first novel left off. Wolf’s experience with television shows is readily apparent. Each chapter ends in such a way that you can almost hear the infamous "Law & Order" doink doink sound. As a second novel, the story also stands alone for those who haven’t read "The Intercept," while still carrying on key elements of the first novel's lineage.

"The Execution" finds Jeremy Fisk reeling from the fateful events of "The Intercept," including a significant personal loss. He’s doing his best to stay focused on the job, but his grief is palpable. In Mexico, detective Cecilia Garza is hot on the trail of a ruthless, brutally elegant cartel assassin who goes by Chuparosa. Garza’s hunt quickly leads her to New York City, as she serves on the protection detail of the newly elected Mexican president who is attending United Nations Week. Though they are cagey at first, Fisk and Garza quickly realize they need to work together to stop Chuparosa. The premise is a bit convenient, but Wolf makes it work.

I recently had the opportunity to talk with Wolf, an exciting prospect because I am an ardent fan of "Law and Order: SVU." The show, now in its 15th season, has always intrigued as much as it has repulsed me. Each episode follows detectives trying to solve “heinous” crimes, usually of a sexual nature. There’s rape, murder, abuse, torture — all the darkest parts of the human experience — and there are very attractive, compellingly flawed detectives who try to do good and stay human while drowning in inhumanity.

When the show originally debuted, there were concerns among some critics that it exploited sexual violence for entertainment. To this day, such concerns still linger for me as I watch any given episode of "SVU." Why am I bearing witness to such depraved stories? Why can I not turn away? Maybe because there's something incredibly relaxing about the "Law & Order" franchise, the way each episode of any of the shows follows a familiar rhythm, and each is self-contained.

Unfortunately, Wolf was running late on the day we spoke, but I did have 10 minutes to ask as many questions as I could.  In truth, I could spend an entire day talking to him, particularly about "Law and Order." During our conversation Dick Wolf was charming and confident, and is clearly a man who loves what he does. This is that story.

What have you learned between writing your first and second novels?

It takes longer than I thought. It’s a weird educational process because you’re trying to do what worked in the first one and then change it up so it doesn’t feel like you retreated into a formula.

The plot of "The Execution" is quite complex. What research did you do to make the details so authentic?

I’ve been doing this for an awfully long time. I have sources in the intelligence community, people I’ve known for a long time that I talk to who have the ability to say, “no, that’s not right,” or “that’s ridiculous,” or “yeah, that could happen.” And for better or worse, I’ve been dealing with drug dealing and drug cartels for, literally, 26 years or so. The drug trade is something I’ve got a fairly good command of.

What’s most important when writing action scenes in your novels?

Making them as exciting and tense as possible and having an accurate command of the technicalities of weapons. In "The Execution," what made me happy is that several people who do that kind of stuff for a living loved the Times Square sequence because it was pretty accurate. The best feedback you can get is when the head of a major city SWAT team asks, “How did you find that stuff out?”

What differences do you see between writing novels and writing for television?

Not that much. My 26-year-old daughter read "The Intercept" last year when it was in galleys and said, “This reads an awful lot like a script.” I said, “Very observant.”

I noticed that with the dialogue and the fast-paced action.

You don’t want people to get bored. Television is much more immediate. When people get bored, they leave. I am always conscious of trying to serve dessert first.

As a prolific writer, how do you sustain your creative energy, particularly for so long?

Fear. I don’t particularly want to retire so I’m always looking for new stories to tell and luckily there are horses for courses. The reason I wanted to [write novels] initially was because there are some stories too big to tell within an hour of television. Literally, when the process started with "The Intercept," no one was doing long-form television or miniseries anymore. I thought novels would be an interesting way to explore these areas. With long-form coming back, I’m hopeful someone is going to want to make the Fisk books into long-form television.

Why do you think "Law & Order" remains so popular? What is it about procedurals that hold our interest?

The basic reason behind all the "Law & Orders" is that they are truly stand-alone. There are no serialized elements. As a result, the volume of episodes led to a certain type of viewing. I’m not saying we have invented it but USA may have invented binge viewing. It is a formula that has worked remarkably well. I’m on the same voyage of discovery as everyone else. I don’t know what works — I’m always pleased when it does and surprised when it doesn’t.

Did you ever worry when you created the show that it might glorify sexual violence?

No. That wasn’t a concern. It never entered my mind because of the outrage both Mariska and Chris carried with them, that these crimes were not praiseworthy, the people they were going after were truly scum.

What do you think it would take to make a show that focuses on defense attorneys and defendants that would be as compelling?

I know a lot of defense attorneys and some of them are very good friends of mine. I said to one of them, “You’ve been doing this for 25 years. Have you ever had an innocent client?” He didn’t miss a beat. He said, “I hope to.” I’ve also spent an inordinate amount of time in various prisons over the last 30 years and the thing that’s truly staggering is that there’s not one guilty person in any prison in the United States if you talk to them. I loved Perry Mason growing up but it’s not where my sympathies lie.

I wouldn’t tell you that! My favorite detective right now is Mariska Hargitay.

I like my writing when it works. That’s much more satisfying.