Much like the Beatles, the rapper is inspiring social change, says a Microsoft ad 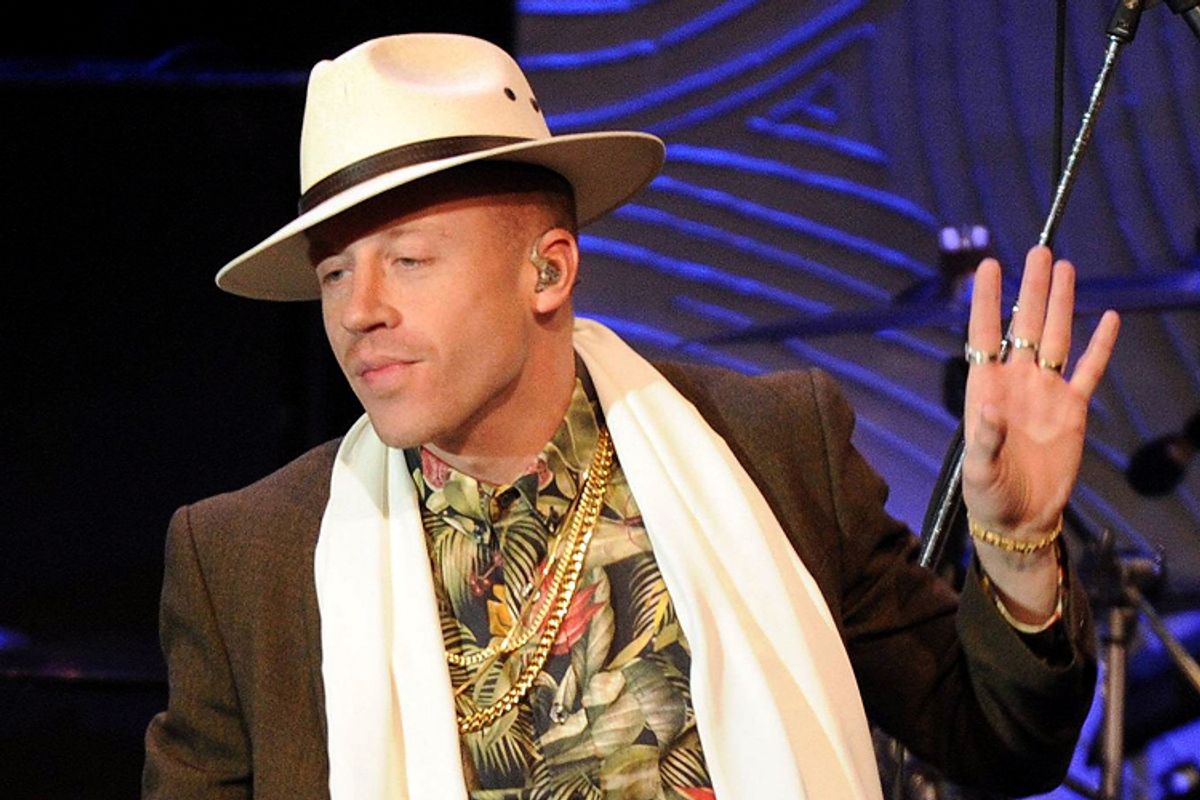 In a tweet that Microsoft paid to promote into Twitter users' timelines, Grammy performer Macklemore was flatteringly compared to the Beatles.

The Grammys this past weekend were particularly consumed with nostalgia for the Liverpudlian quartet, as this year marks the 50th anniversary of the band's arrival in America. But this particular comparison is a new one. To wit, the tweet, sent on behalf of Microsoft's Surface tablet, is illustrated with drawings of an unnamed Beatle's mop top and Macklemore's shaved-sides mane: "The hair may have changed but the idea is the same. Music inspires progress Which #GRAMMYs moment moved you?"

The particular progress that the Beatles inspired is largely musical; Macklemore, with the "Same Love" number, was aiming for social change, though it's up for debate whether his music is inspiring or was inspired by social progress. Either way, Microsoft, the Redmond, Wash., computer company, has a strong relationship with the Seattle rapper; last year, it featured Macklemore's music in an ad campaign for its email service Outlook.

Macklemore is already close to the Beatles in one regard, at least; before their 1970 breakup, the band won five Grammy Awards. Macklemore, as of this past Sunday, has four.