4 offbeat shows to catch this week: From Bieber to Billy Bob 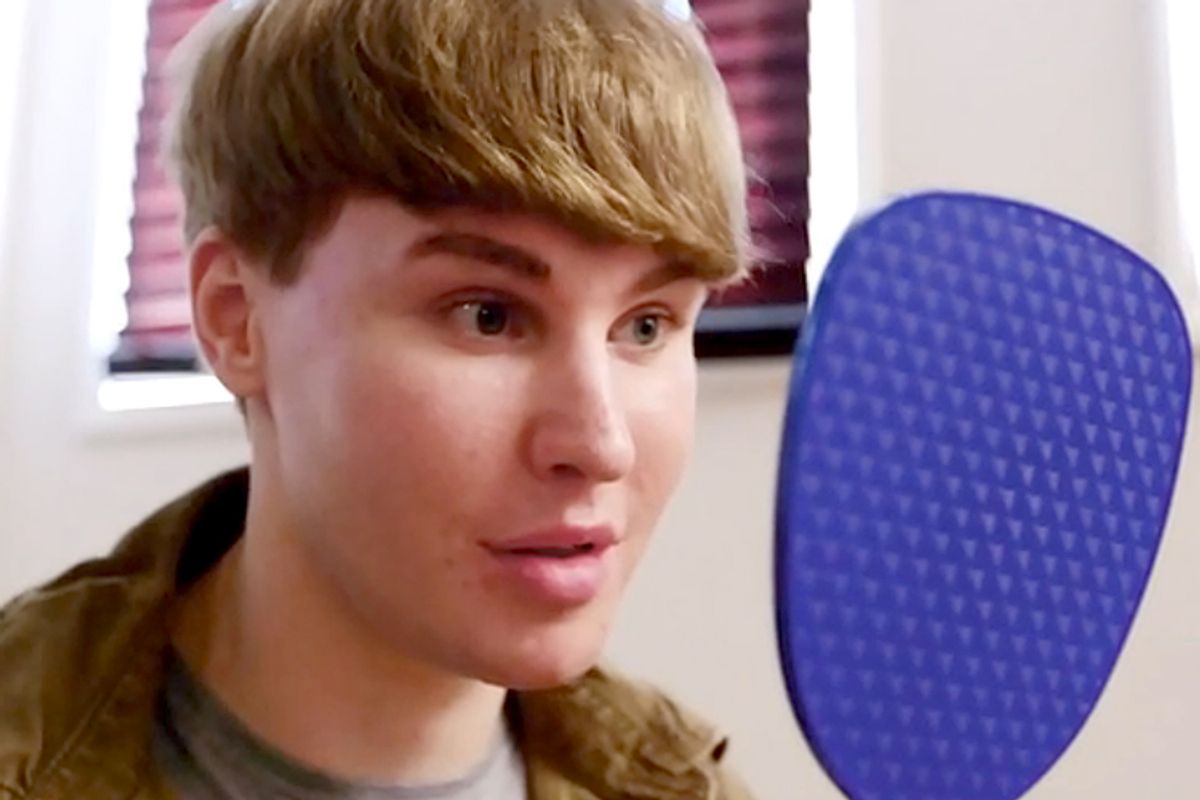 It seems appropriate to begin a recurring column focusing on fringe and/or lesser-known television with an item from a show about people who exist on the edges of society. Beliebers are everywhere, but, on the season finale of "My Strange Addiction," we meet Toby, a 33-year-old-man who has apparently spent over $100,000 on face and body modifications in order to make himself look like Justin Bieber. Never much of an actual Bieber fan, Toby's reasoning for the pricey hair transplants, surgeries and skin removal is both priceless and baffling. He was simply "jealous." The above picture says it all. Watch tomorrow night on TLC if you dare. Here are three other programs not likely to come up on your radar.

The title conjures up images of Tolkien's spectral Nazgûl or the tombs beneath George R.R. Martin's Winterfell. But as the opening sequence eloquently reveals, this week's episode of the acclaimed long-running PBS series is not a hunt for regal spirits but rather "a four-thousand year-old cold case" in which scientists, not cops, attempt to discover the cause of death for a handful of ancient yet well preserved victims. "Murdered Kings" ropes you in much the same way a prime-time procedural might -- with violence. Heavily accented forensic anthropologists hover over leathery corpses theorizing about 2,300-year-old innocents graphically slain and left for dead deep in Irish bogs. There's even a graphic reenactment in which a presumably pre-medieval child soldier bellows in triumph while wielding a disembodied head. Eventually, the fury settles down into the heady scientific investigation that "Nova" is known for, there is some sleep-inducing discussion of pollen, everything unearthed is carbon-dated, and in the end conclusions are drawn that are not quite as dynamic as war on the moors but no less gruesome. Spoiler alert: Even Tolkien steered clear of human sacrifice.

If you know "Degrassi" as that kids show that Drake used to be on, you've been missing out for, like, 30 years. If, on the other hand, you know it as the half-hour coming-of-age series that used to be a lot more raw and convincing when it was known as "Degrassi Junior High" (1987-1989) and then "Degrassi High" (1989-1991) -- well, yeah, that's about right. (While I'm aware there was an even earlier series, "The Kids of Degrassi Street," I've never been able to see it and cannot comment on its assumed awesomeness.) Though the Degrassi franchise has glamorphed quite a bit since the early days when the coolest, cutest couple in school consisted of an awkward nerd-ess and the obnoxious, academically challenged frontman of a band named Zit Remedy, the current incarnation is still both a worthy guilty pleasure and a reliable source of compelling and authentic adolescent angst. And it occasionally dips into darkness abject enough to put the fear of God/sex/drugs/rock 'n'roll into any parent.  Season 13 picks up again tonight with more drama for couples Clare and Eli, Leo and Alli, and Maya and Miles. Guess how many of these troubled romances are also love triangles?

If you savor televised entrepreneurialism, but find "Shark Week" and "Celebrity Apprentice" to be too highbrow, "Billy Bob's Gags to Riches" should adequately satisfy your penchant for watching people you'd never want to meet hocking crap you'd never want to purchase. The show centers around Illinois' own Jonah White, who apparently built a billion-dollar novelty item empire from one set of fake teeth. Now, the heretofore unheard-of demographic of "redneck inventors" from all over America flock to Billy Bob World, the headquarters of the Billy Bob Teeth Co., hoping to find distribution for their molded plastic garbage. Cut from the same factory-distressed denim as the wildly popular "Duck Dynasty," the show is turgid with clichéd attempts to reduce and ridicule rural folk, including pickup trucks, possum references and a CEO who comes to work in his overalls and no shirt. If you make it past the first prototype pitch -- half sandals, half cowboy boots -- you will have gathered the basic gist. If you make it all the way to the end, well, that's the end. Unlike its thematic cousins "Duck Dynasty" and "Here Comes Honey Boo Boo," "Gags" is a one-off -- Discovery is billing it as a "special." That makes sense, seeing as how you'll probably get as brief a period of amusement out of it as one of White's gag gifts.