In a rare feat, MacCallum manages to sound even more dismissive of gender equality than Tucker Carlson 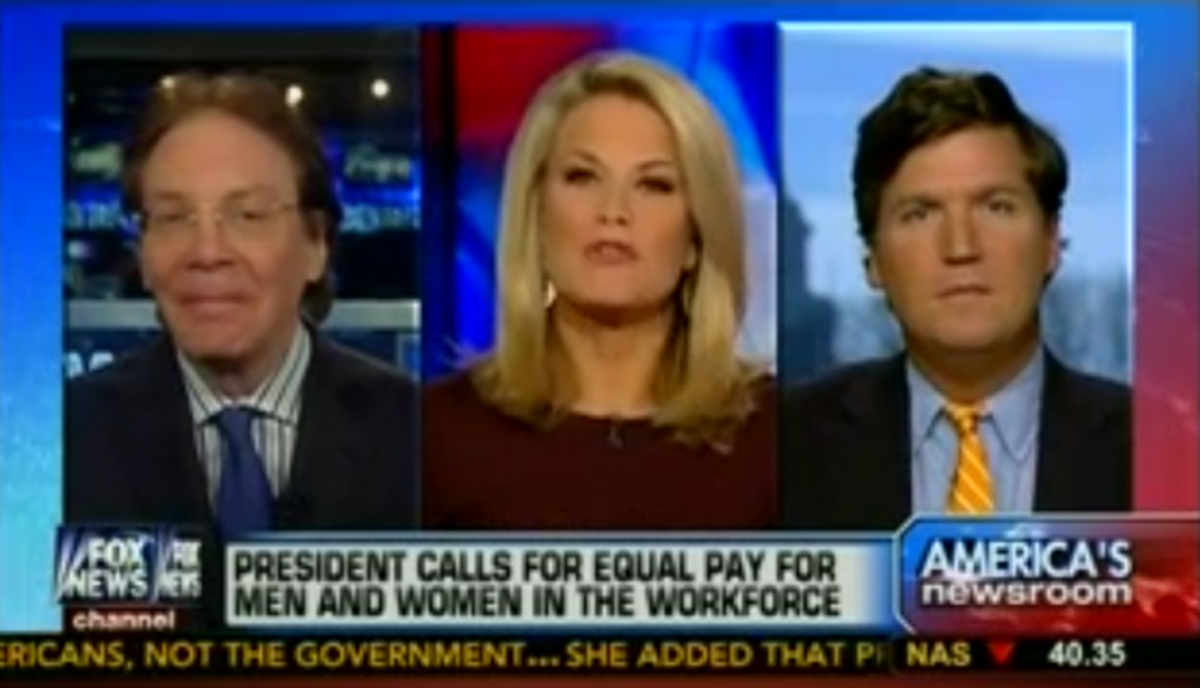 If you're talking about women's rights with Tucker Carlson, your chances of being the one who says the stupidest and most offensive thing are very, very low.

So perhaps a slow-clap is in order for Fox News host Martha MacCallum? Hosting and participating in a dialogue between Carlson and Fox News' house liberal, Alan Colmes, MacCallum seemed to argue that President Obama was wrong when, in his 2014 State of the Union address, he called the enduring pay gap between American men and women "an embarrassment."

“I think most women do not want to be treated as sort of a special class of citizen," MacCallum said. "They want to go to work every day, they want to get paid for being a professional, for doing their job really well, and they don’t want to be treated like some special group of people who have to be, y'know, given a little special handout just to make sure they’re OK."

Colmes countered that pay-equalizing measures are not special handouts but rather simple fairness. "It's equality," he said, "it's equal pay for equal work."

"Many women make exactly what they're worth," MacCallum responded, bizarrely. After letting it sink in for a second, Colmes made a face of befuddlement and repeated MacCallum's words back to her before asking: "Are they not worth the same amount of money for the same job as men?"

"No, I'm saying they're worth a heck of a lot!" MacCallum responded, before rolling her eyes and laughing somewhat dismissively.

It's not clear what, exactly, MacCallum's point was. Perhaps she was trying to argue that the only reason there's a gender gap is because some women are, well, just not worth as much as men? Your guess is as good as ours.