The Wonderbag crockpot is changing lives in South Africa. Can it catch on in the U.S.? 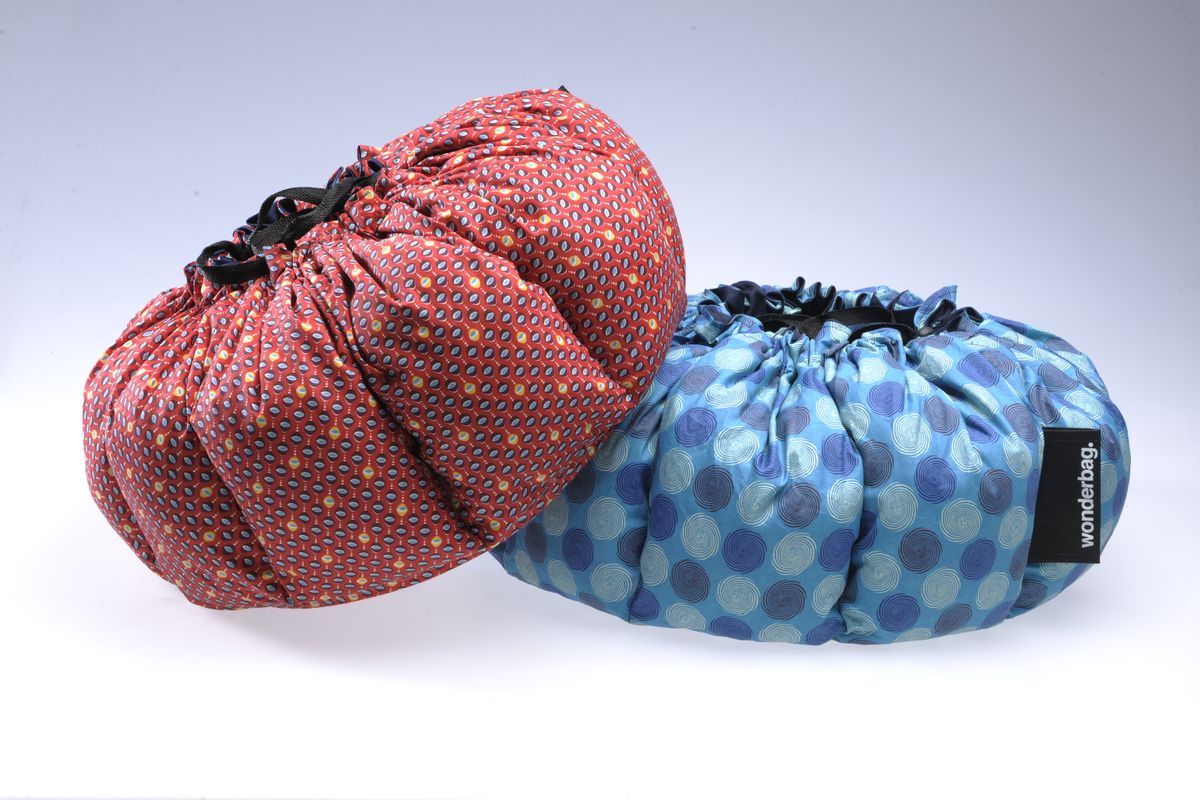 Any 21st century home chef blessed with limitless resources and counter space has equally limitless (if less than useful) kitchen accessories of which to avail him- or herself. With the right equipment, we all have the ability to sous vide, slap chop, air fry, spiralize, carbonize and even slice our own bananas.

And for those truly up on the latest trends, there’s this must-try technique: sticking your food into a cloth bag and just leaving it there for a while.

My newest kitchen appliance came to me not from the pages of a high-end catalog, but rather via South Africa, where it’s being touted as something capable of changing the way the world cooks -- and not in a fancy, "Iron Chef" kind of way. Created in 2008 by Sarah Collins, who grew up on the country’s east coast, the Wonderbag is even simpler than it sounds: an insulated bag that looks like an oversize throw pillow and, when sealed tight with a drawstring, functions as an electricity-free, portable slow cooker.

That’s about it. Left for a couple of hours, food cooks in the Wonderbag that otherwise would need to be simmered over a heat source. Its usefulness becomes more apparent when you consider the country where it was first introduced. “I developed this for a need in Africa,” Collins explained, where the problems associated with cooking are numerous: women spend hours crouched over pots of food and collecting the fuel needed to keep them simmering. The indoor air pollution generated by open fires and leaky stoves, meanwhile, is widely acknowledged as one of the developing world’s most worrisome health problems, accounting, among other things, for nearly half of all pneumonia deaths in children under 5. Anything that can remove that health risk, reduce the need for cooking fuel, save families money and give girls and women more time to go to school and pursue jobs (and create jobs -- Wonderbag's factories employ mostly unskilled women) is going to make an impact.

In my own Brooklyn kitchen, the Wonderbag was a bit less revolutionary. But I did end up with an enjoyable dinner, a Moroccan-style soup with chickpeas and apricots suggested by the bag’s website. The prep time was the same I'd usually dedicate to such an endeavor: I spent 10 minutes chopping up the ingredients and adding them to the pot, another 15 bringing the stock to a boil and then reducing it to a simmer.

But then I turned off the stove, stuck the entire pot into the bag, and went off to do other things. Two and a half hours later, my soup had basically cooked itself. The veggies were tender, the spices were fragrant, and the liquid was still hot enough to allow me to add and steam some couscous, without having to return to the stove.

It’s hard not to detect some irony in the Wonderbag’s jump from places where it’s really needed to American kitchens (the bag was quietly launched on Amazon last year). In South Africa, it can help protect young women from being sexually assaulted -- according to Collins, 68 percent of rapes occur while girls are gathering firewood. In Syrian refugee camps in Jordan, where the Wonderbag has also been introduced, it can increase safety along with efficiency. In the Western world, it’s “perfect for potlucks, camping, barbecuing and tailgating," and, its online ads suggest, for women who want to "have it all":

Collins protested, not unfairly, that the bag can appeal to a broad range of consumers -- which is why she chose to market it on Amazon, where “everyone shops,” over the less neutral Williams Sonoma or Wal-Mart. Meanwhile, she connects the Wonderbags sold here to their original purpose by giving one away back in South Africa for each bag that's sold in the U.S. or the U.K.

The bulky, brightly patterned bag certainly stands out in my kitchen -- which, it's worth noting, looks nothing like the one in the above video and has room only for the necessities (pot, pan, toaster, etc.). But just because the bag wasn't made for American kitchens doesn't mean it can't find its own, offbeat niche here. So far as extraneous gadgets go, I could do a lot worse.

Taking an activity that requires energy, then removing the need for most of that energy, is the very definition of green. The bag had a long way to travel to get to me from where it was manufactured, though. And while the bags themselves are insulated with foam that's repurposed from furniture bound for the landfill, because local textiles are expensive, the fabric is usually imported.

But perhaps it’s most useful to look at the impact that purchasing the bag has for the community to which a complimentary bag is given: In developing countries, where cooking fuel is particularly inefficient (as well as a very limited resource), the bags have the potential to significantly reduce carbon emissions, along with the use of firewood, charcoal and, because it prevents evaporation, water.

It may be having a relatively small impact on my own carbon footprint, but I'd argue this is one of those things where, in the U.S., at least, its true value lies in its ability to promote a sustainable lifestyle. Slow cooking, slow food, healthier alternatives -- they all go together, Collins suggested, part of a growing awareness of our need to reform the way we eat.

-- “I didn’t invent heat-retention cooking,” Collins admitted before I even had a chance to call her out on that. “I just put it into a bag.” Indeed, people have been finding ways to keep their food simmering without the need for additional fuel probably since they first realized just how much fuel cooking requires. The practice of digging bean-holes, recently revived in the New York Times’ food section, goes back to the Native Americans; DIY haybox cooking was popular among the pioneers.

-- I didn't try to cook meat in the Wonderbag, because I don't cook meat to begin with, but Wonderbag's website insists that doing so is completely safe. There is some inherent danger in its less-than-precise heating mechanism, though: the FDA warns people away from eating foods that have been sitting in the "danger zone" -- between 70 and 125 degrees F -- for longer than two hours. Also worth remembering is that while the Wonderbag is capable of handling hot pots, if it gets too close to a lit stove, it will catch fire.

-- I have to admit that I didn’t test out the bag's portability. I did briefly consider bringing a still-cooking stew crosstown to a dinner party, but decided that carrying a simmering pot on my lap in a crowded subway is less “efficient” than “incredibly stupid.”

Having never owned a slow cooker before, I can't speak to the Wonderbag's advantages over a conventional crockpot -- although I can now attest that slow-cooked food is particularly tasty. But I'd be much more inclined to leave something cooking all day if it didn't need to be plugged in.

Ordering a Wonderbag online will set you back $50, about the same as lower-end crockpots. If you were already making a lot of soups and stews, you might save some money on your gas bill.

DIY-types, of course, can make their own insulated slow cookers with anything from cushions to shredded newspapers.

The Wonderbag is that rare device that reinvents cooking by returning to the basics.