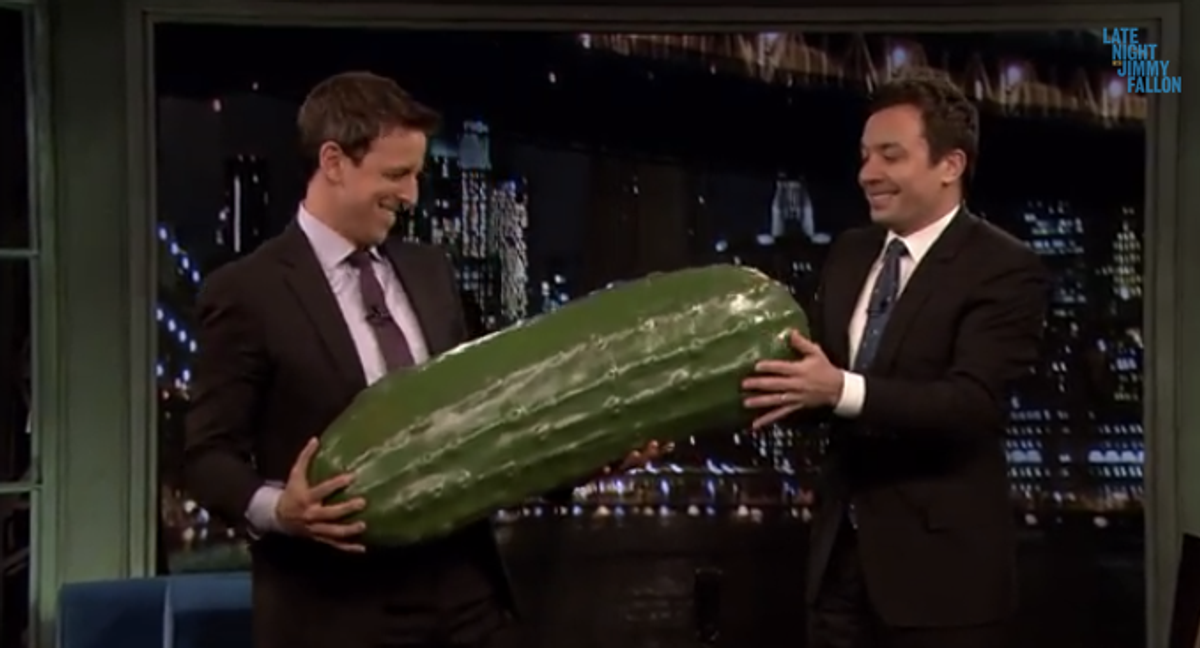 David Letterman started the tradition in 1993, when his staff handed it over to Conan O'Brien, who then gave the large plastic pickle to Fallon in 2009.

Meyers, who will be leaving "SNL," admitted that he is worried "about the interviewing" on late night television. "Obviously, that's a thing you have to learn by doing," he said to Fallon -- though he's become a pro by interviewing his old stuffed animals in the meantime.

But Meyers shouldn't face too much of a challenge with his first guest, who is "SNL" colleague Amy Poehler.