The comic will release "Tomorrow Night" on Wednesday, via his Web site 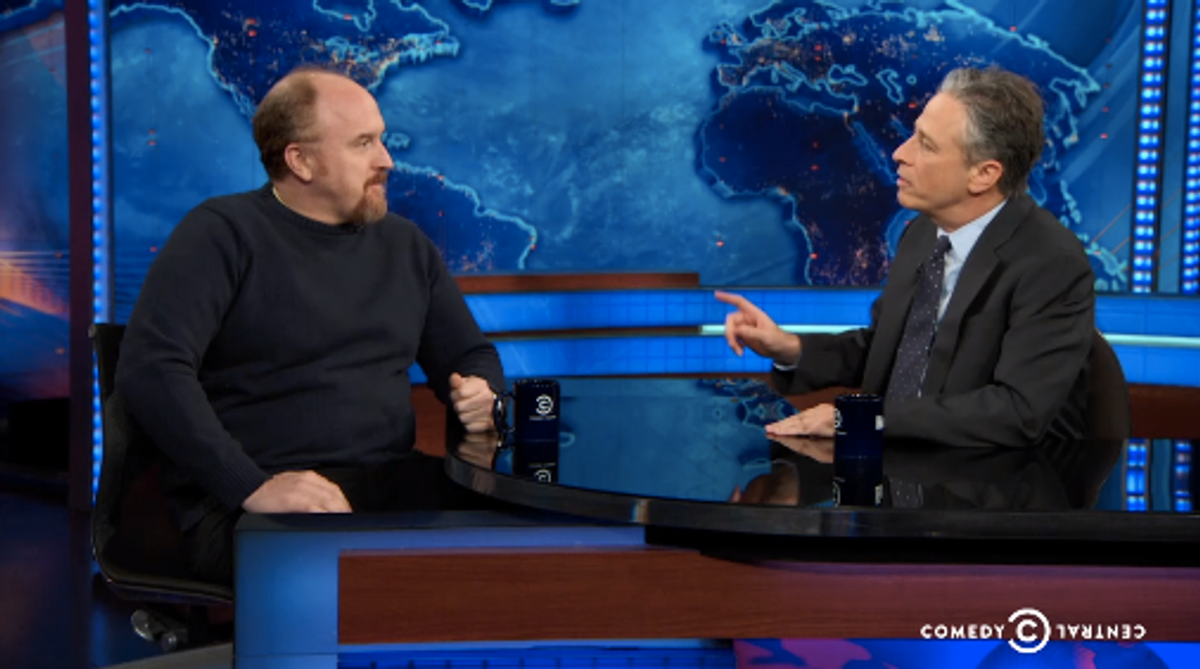 The "whole movie is crazy," C.K. warned. "Nothing makes much sense, but the performances are great. I wrote each part for each person," including Carell, JB Smoove and Robert Smigel. (It is, in fact "a movie," he assured Stewart, because "it's long enough to be a movie" and "people talk on camera.")

Stewart, one of several financial backers of the film, was sold on C.K.'s pitch "about a guy who gets sexual gratification from a bowl of ice cream."

"I loved it and I made it just the way I wanted to," C.K. said of the black-and-white comedy, which he shot on 16-mm film. "All the money I had I put into it, and some I didn't and I did a few illegal things to get it done."

But at Sundance, where the movie premiered in 1998, "nobody wanted it," he said. "So I just stuck it on a shelf and I thought: 'Someday I'll just show it to everybody, one person at a time,' and that's what I'm doing!" A gutsy move, as C.K. reminds Stewart that "there was no Internet when I made this movie."