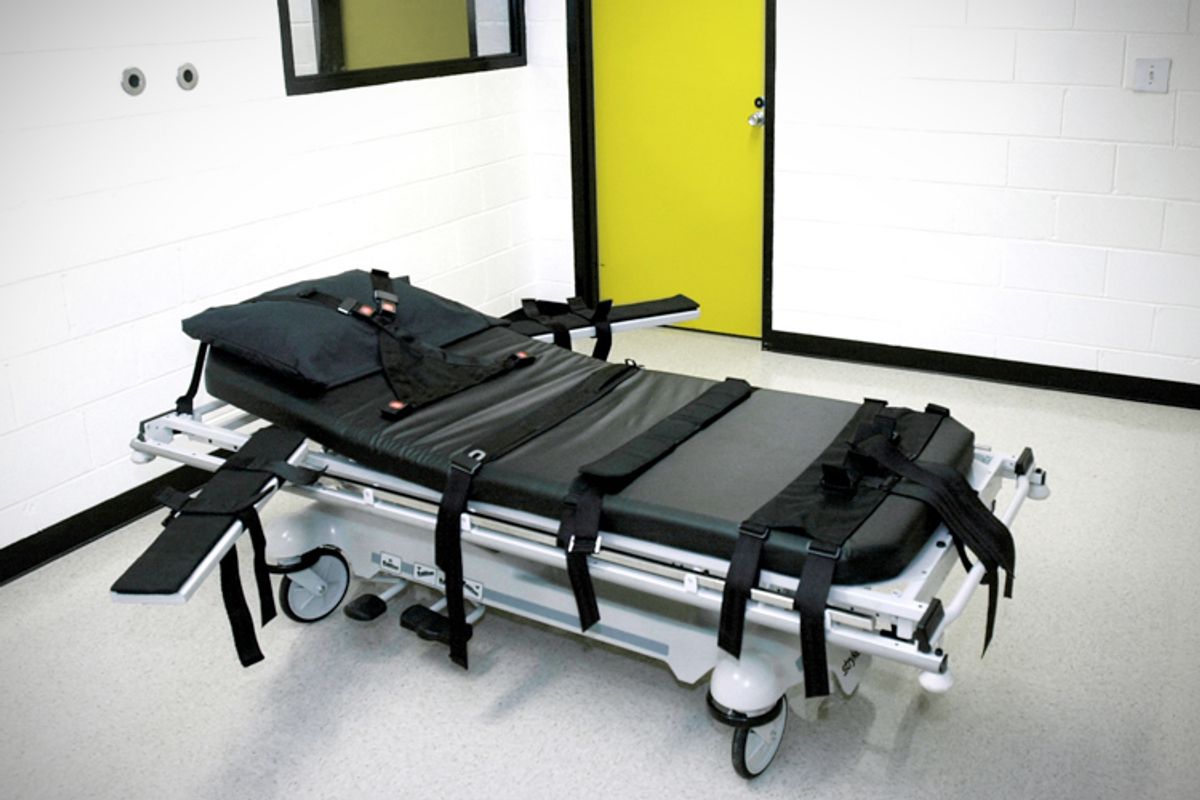 In light of a European ban on selling the anesthetic pentobarbital for use in lethal injections, experiments with new, untried lethal cocktails in U.S. death penalty states has already led to two seemingly torturous executions so far this year.

With the memory all too fresh of an Ohio convicted man writhing and gasping during his execution this month, and an Oklahoma prisoner describing his body burning once the untested lethal cocktail was administered, attorneys for death row inmates are pushing for execution stays until more can be known about the contents of these horrifying injections.

The Supreme Court this week granted a stay of execution for Missouri death row prisoner Herbert Smulls, after his lawyers complained that the state had refused to disclose the source of the drug it planned to use to take his life. As the Guardian noted:

Smulls's lawyers had made last-minute pleas on Tuesday to spare his life, focusing on the state's refusal to disclose from which compounding pharmacy they obtain the lethal injection drug pentobarbital. Missouri has argued the compounding pharmacy is part of the execution team and therefore its name cannot be released to the public.

... At worst, the lawyers contended, Smulls could be subjected to cruel and unusual punishment by being executed with drugs that have been only lightly regulated and have not been subjected to public scrutiny.

Aside from the obvious barbarism of the death penalty itself -- let alone using untested, possibly excruciating methods to carry it out -- depending on where in the U.S. the pentobarbital intended for Smulls was developed, the very procurement of the anesthetic may have broken state law. Missouri prohibits nonresident pharmacies from shipping, mailing or delivering prescription drugs into Missouri “without first obtaining a pharmacy license from the Missouri Board of Pharmacy.”

As Smulls' lawyer commented, in this profound matter of life and death, when it comes to new lethal cocktails, "We are being subjected to government secrecy at its most extreme."