Satanic goat statue gets support from an unlikely place

A Satanic Temple's controversial monument has freaked plenty of Christians out. But not all Christians, apparently 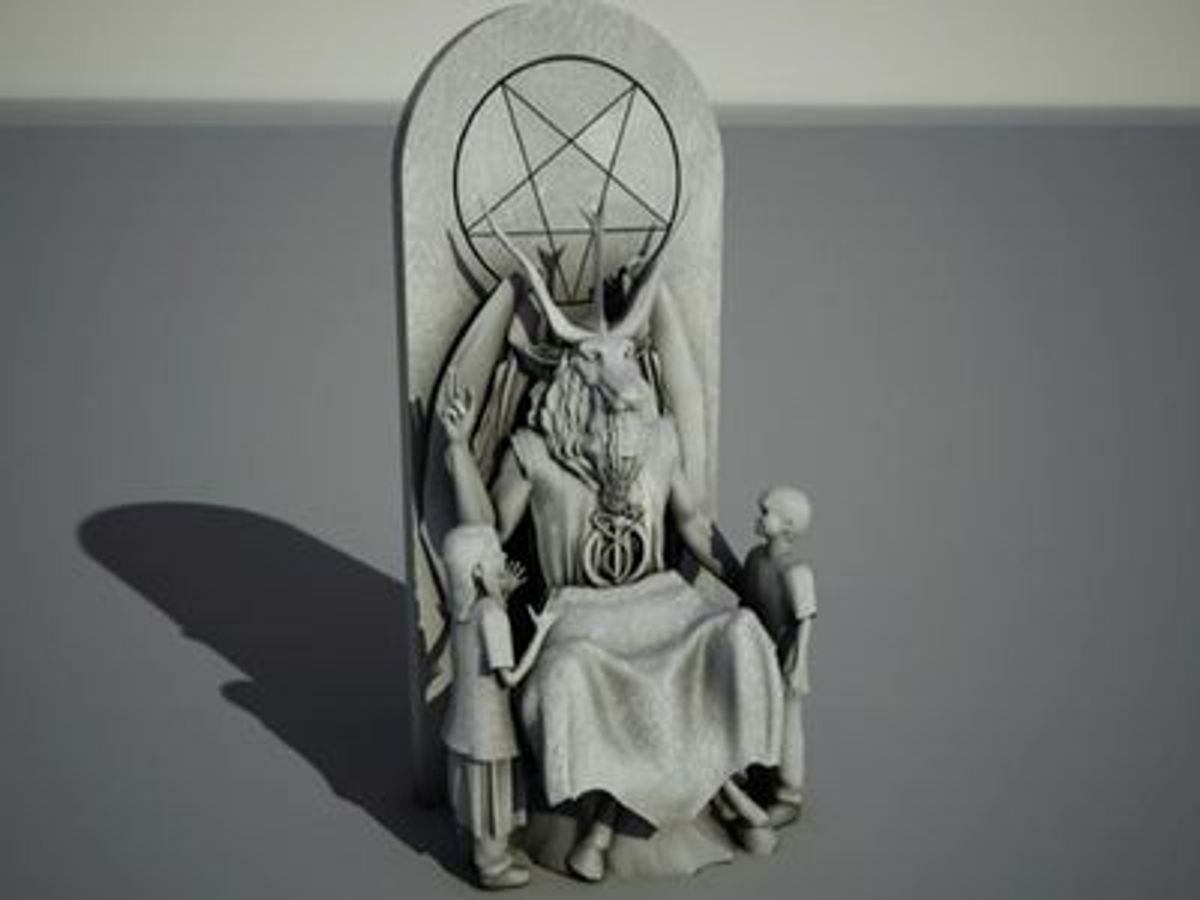 How about this for some interfaith solidarity? Even Christians are supporting an effort to install a statue of Satan in Oklahoma, according to a spokesperson for the Satanic Temple, who spoke to Oklahoma’s News 9.

Earlier this month, the Satanic Temple announced that they applied to build seven-foot tall statue depicting Satan--with a goat-head, horns, wings and a beard--in Oklahoma's capital. They made the move in the aftermath of a Ten Commandments monument being installed there.

The announcement sparked outrage from Oklahoma lawmakers, but some residents apparently support the Satanic Temple’s wish to build a statue.  “It's really encouraging. It's really moving. We do get a lot of messages that start out with the caveat, 'You know I am a Christian.' However, and they explain that they appreciate what we're doing,” explained Lucien Greaves, a spokesperson for the New York based organization. “We've gotten a lot of messages from people saying that they served or are serving in the armed forces, and they feel that these values are exactly what we fought for.”

News 9 quoted some residents who supported the idea.  “This is kind of what America was based on, freedom of religion. And for us to say whether you believe in it or not, that it shouldn't be there, is kind of wrong,” said one resident, Bailee Boyce.

Still, some residents remain adamantly opposed.  “Having little kids around it, that's just ridiculous. I mean, don't understand where they come from,” said Terry Hill, a pastor of a church in the state.