U.K. retailers are going public to help drive down waste 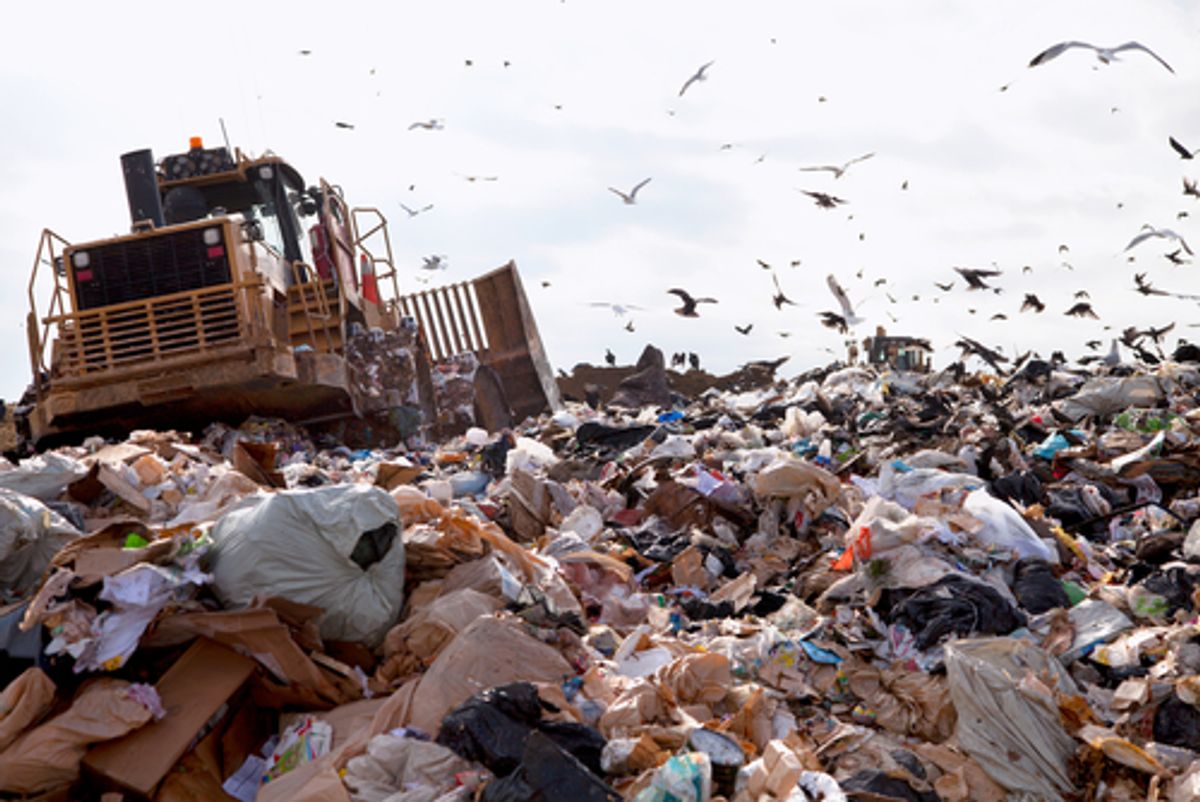 Last year, Tesco, Britain's biggest retailer, became its first supermarket to reveal just how much food it wastes every year: an incredible 28,500 metric tons (over 30,000 tons, for those of us in the U.S.) in the first six months of 2012 alone.

Not to be outdone, the company's rival retailers announced Tuesday that they're going to release their numbers, too -- to prove that they're just as wasteful as their competition? But then, after that, to show how much progress they're making in cutting down on the excess. According to the Guardian, responses to the new initiative are mixed:

Green campaigners said...that retailers needed to do more. Vicki Hird, a food campaigner at Friends of the Earth, said: "Food waste has been growing over the last few decades because of the way supermarkets have driven consumption. These figures will indicate how over-purchasing and other poor buying practices are occurring, but retailers need to really examine whether their marketing strategies are fit for purpose in today's resource-confined world."

Andrew Opie, director of food sustainability at the BRC, said he believed the new reporting regime would help drive change as part of a broader effort to make retailers more sustainable.

Tesco's initial report found the biggest losses in bagged salad, two-thirds of which was being discarded either in-store or by customers; it was also wasting 40 percent of apples, a quarter of grapes and a fifth of bananas. One of the major reasons for this, the company said, harkens back to a recent study showing how "best by" and "sell by" labels end up confusing customers into throwing out perfectly good food -- and to Trader Joe's ex-president Dough Rauch's new venture into the "expired" food market. Other things they're cutting down on include leaving out large displays of bread (which quickly go stale) and specials that cause customers to buy more than they need.

Here in the U.S., the Natural Resources Defense Council estimates that about 40 percent of the food we produce ends up in landfills, and supermarkets are a critical link in that inefficient production chain. Were U.S. retailers to follow a similar route to transparency, the numbers would undoubtedly be shocking -- and just maybe, they'd serve a wakeup call.