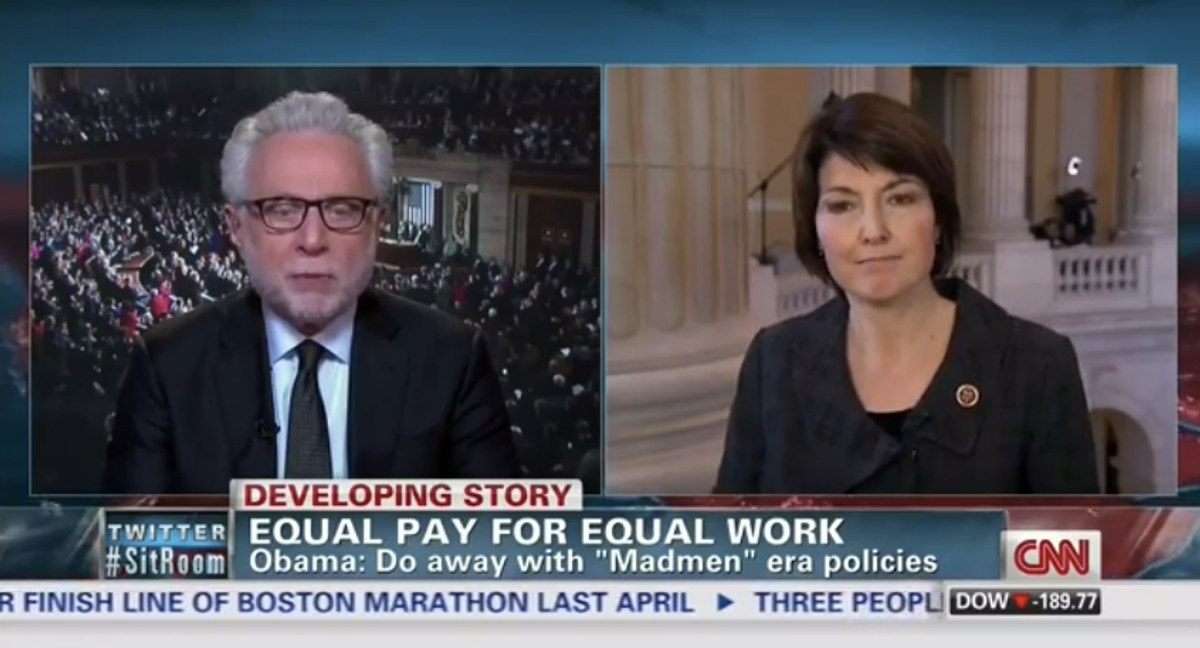 One of President Obama's biggest applause lines during his State of the Union address was about addressing the gender wage gap through stronger policies to ensure equal pay for equal work. (The "Mad Men" reference probably didn't hurt with crowd appeal, either.)

"It is time to do away with workplace policies that belong in a 'Mad Men' episode," he said, prompting a lot of clapping and standing from the people gathered in the House chambers.

Rep. Cathy McMorris-Rodgers, R-Wash., who delivered the official Republican response Tuesday night, was on CNN Wednesday to talk about her views on such policies, though she seems confused about where she stands on them. Or maybe what the word "support" means.

Wolf Blitzer asked her if she supported laws that ensure women are compensated fairly, and she replied with an unequivocal, "Yes":

But as Juliet Lapidos at the New York Times points out, despite widespread support for these measures, McMorris-Rodgers voted against the Lilly Ledbetter Fair Pay Act (which passed anyway) and the Paycheck Fairness Act (which stalled in the Senate) in 2009, and Republicans blocked the act again with a filibuster in 2010.

All of which gets to the heart of the party's problem, really. It isn't just the dehumanizing manner in which they talk about women, it's the policies they back -- again and again -- that are costing them women's votes, especially if those women are young, single and/or not white.

You can watch the segment here: