What makes a book a classic

Do Vonnegut and David Foster Wallace qualify, and if not, why not? 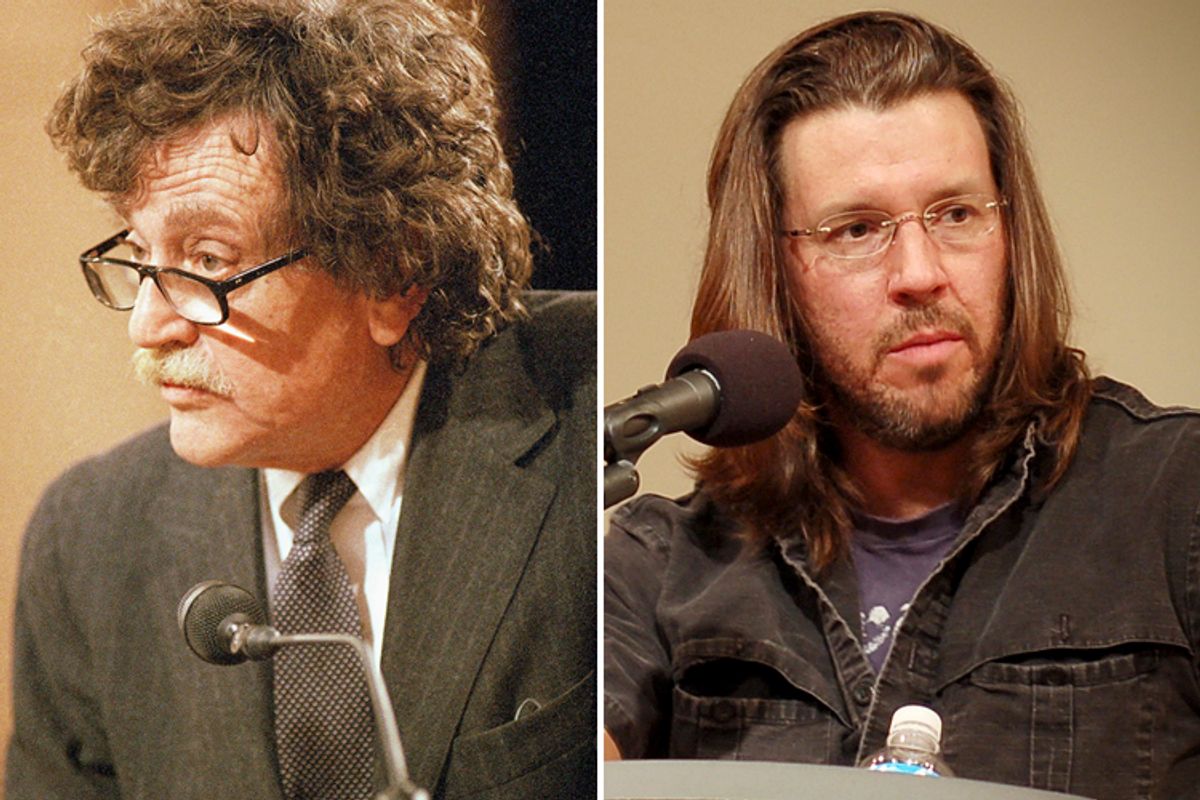 What makes a book a classic? That's one of the most acrimonious, endless and irresolvable discussions in the literary world. Like debates over which books are "great" (and why), it's also a mostly pointless question, fodder for overcaffeinated undergraduate bull sessions, feral comments threads and other milieus suffering under the delusion that we can arrive at an ironclad consensus on what constitutes literary merit.

But there are a few places where deciding whether a book is a classic or not has real consequences. One is, obviously, classrooms, but the other is bookstores, as Elizabeth Bluemle of the Flying Pig Bookstore in Vermont let on recently in the blog Shelf Talker. One of the store's staff members recently asked her if he should shelve Seamus Heaney's translation of "Beowulf" with poetry or classics. After some discussion, they went with classics, but as Bluemle explains, "Neither is wrong; like many bookstore decisions, it’s booksellers’ choice, which mainly boils down to thinking about where customers are most likely to go looking for a title."

The incident prompted Bluemle to observe that books by some authors seem to be "migrating" (presumably reshelved by junior staffers or customers) from the fiction to the classics section, particularly books by P.G. Wodehouse and Kurt Vonnegut. She's not sure either one belongs there ("yet," in the case of Vonnegut), but she also finds herself wondering why "The Count of Monte Cristo" is shelved in classics while Daphne du Maurier's "Rebecca" remains in fiction. The comparison is subtle but shrewd, as both are well-written novels with potboiler and gothic elements and both were viewed primarily as entertainments when first published.

The cliché people most often cite when defining a classic is "the test of time." "The Count of Monte Cristo" (1844) is a lot older than "Rebecca" (1938), but my completely unempirical gut feeling is that they're of about the same literary quality. Why should the years between their publication dates be the defining factor? (I love them both, by the way.) Yet judging literary quality is hopelessly subjective. I think Wodehouse is a better stylist than Vonnegut, but Vonnegut is clearly the more serious writer, a novelist whose work has changed people's lives, not just whiled away a handful of their hours in a state of perfect bliss. On the other hand, perfect bliss is pretty hard to come by in this world ...

Impact and import, historic and artistic, is another quality often demanded of a book before it can be awarded classic status. "Uncle Tom's Cabin," a mediocre novel, sometimes makes it under the classics wire because it had such a profound effect on the conscience of the American public and is thought to have helped precipitate the Civil War. But what about Ayn Rand, whose novels sometimes turn up in the classics category when I'm browsing new releases on the Audible website? "The Fountainhead," however bad a novel, has undoubtedly changed many lives and would appear to have affected the course of the nation's economic history. And what about "On the Road" which to the same reader might seem like an incontestable classic at age 17 and sadly or sentimentally jejune at 45?

It's here, around the borders of classics territory, that the distinctions get tricky. It would be hard to find anyone who'd deny that "War and Peace" and "Madame Bovary" are classics. But what about "1984" or "Invisible Man"? It seems to help if the author is dead, and even novels that receive the highest praise from the highest authorities -- say, Toni Morrison's "Beloved" or Don Delillo's "Underworld" -- will still probably remain shelved in the fiction section during their authors' lifetimes.

A fascinating Goodreads discussion on this topic shows participants tossing out all the most common defining characteristics of a classic book. It has stood the test of time. It is filled with eternal verities. It captures the essence and flavor of its own age and had a significant effect on that age. It has something important to say. It achieves some form of aesthetic near-perfection. It is "challenging" or innovative in some respect. Scholars and other experts endorse it and study it. It has been included in prestigious series, like the Modern Library, Penguin Classics or the Library of America, and appears on lists of great books. And last but not least, some people define a classic by highly personal criteria. "'Life of Pi,' 'Extremely Loud and Incredibly Close,' 'What Is the What' and 'Disgrace' are all classics because I was profoundly moved by them," wrote one reader.

Perhaps the most eloquent consideration of this question is Italo Calvino's essay, "Why Read the Classics?," in which he defines a classic as "a book that has never finished saying what it has to say," among a list of other qualities. But as wondrous as that sounds, it could also describe some books we read today -- "Infinite Jest," for example -- books that most of our contemporaries would deem too recent for classic status. I also love Calvino's effort to capture the imaginative quality of a great literary work -- "a book that takes the form of an equivalent to the universe, on a level with the ancient talismans" -- but suspect that the following is more accurate: "The classics are the books that come down to us bearing upon them the traces of readings previous to ours, and bringing in their wake the traces they themselves have left on the culture or cultures they have passed through."

Later in the essay Calvino goes on to discuss "Your classic author," the one with whom you as a reader feel the most particular affinity, even when you disagree with him or her. While I agree that most readers have such an author (or several), it doesn't necessarily follow that the rest of the world regards that author's books as classics. Probably the most striking example of this is J.R.R. Tolkien, who means enough to his many, many devoted fans to rank as a classic in their minds, but whose work is never placed in classics shelves of bookstores.

This is why we will go on arguing about what constitutes a classic book for as long as we read books at all: While the label is bestowed by the culture at large and we tend to judge it by an unquantifiable impression we have of how much prestige has accumulated around a particular book, that prestige is still built from the idiosyncratic experiences of individual readers. The fact that many readers hate "The Scarlet Letter" can't disqualify it as a classic, but only because many more readers have loved it, or at least found it profound. Yet that doesn't mean the opinions of the rejecting readers don't count or that they can't at some point overbalance the novel's admirers and cause it to drift into obscurity. No wonder those Vonnegut novels keep migrating. Whatever a classic book may be, it doesn't ever seem to stand still.

A discussion on Goodreads about what makes a book a classic

Italo Calvino's "Why Read the Classics?" translated by Patrick Creagh